Microsoft’s upcoming Redstone 4 build of Windows 10 (aka Windows 10 Spring Creators Update) is still adding features, including several new capabilities of interest to enthusiasts — and a few puzzling changes unique to Windows 10 S. Let’s take a look at what’s in the pipeline.

Nvidia and AMD have shipped various multi-GPU configuration for years. In these systems, which GPU is used for which applications is typically set within the GPU control panel for each vendor. There’s been nothing baked into Windows to handle that task, and configuring applications on a case-by-case basis is somewhat tedious. Microsoft wants to make this process simpler by baking that functionality directly into the operating system.

The new configuration options will work on Win32 applications as well as those purchased directly from the Windows Store. Here’s how Microsoft describes the process:

This is another enthusiast-friendly solution. The one caveat is that the hybrid GeForce/Intel laptop solutions you frequently see in-market (or the rarer AMD/Intel hybrids) aren’t always perfectly stable. If you’ve used one of these laptops, you’re probably familiar with what I mean. They mostly work fine today (early revisions were rougher), but you’ll still run into occasional issues. Hopefully whatever work Microsoft is doing under the hood also offers a bit of extra stability to these dual configurations.

So, a few things to know about Windows 10 S, the education alternative that Microsoft wanted to seed into the market to compete with Chromebooks. In Windows 10 SCU (1803 will be the final version number), Windows 10 S will become an operating system mode, not a complete and distinct OS unto itself. It’s still not clear, however, how easy it will be to switch between modes. We’re hoping for a solution you can enable via reboot or something similar, since that would make it easier to use Windows 10 S with children or on a family computer where you want some services to remain locked down.

Microsoft, however, seems to be taking Windows 10 S in a different direction as far as passwords are concerned. The company writes:

Do you hate entering your passwords all the time? So do we. Passwords are inconvenient and insecure. With Windows 10 S you don’t have to! Just download the Authenticator App and use it to set up your Windows 10 S PC. You will be able to go through the out-of-box experience, set up Windows Hello and access all your favorite apps and services… With the changes in this build, your Windows 10 S PC will automatically make your experience password-free.

Microsoft’s blog post implies that passwords are being deprecated, not removed, but we’re less glib about the upgrade. There’s no perfect security method. Phones can be stolen; passwords can be cracked or guessed; biometrics can, in some cases, be lifted (or you can be legally compelled to provide them); and facial recognition can be fooled. Every security solution is a tradeoff — but logging in from a smartphone in lieu of a password makes assumptions we’re not necessarily crazy about making. What if you don’t own a smartphone, can’t find it, or have a phone that’s too old to run the app?

Everyone picks their security protocols based on perceived risk. Just make sure you’ve considered the risks before switching to alternate security methods.

Microsoft has also added a new feature to Windows 10 to make Bluetooth pairing faster and easier. If a Bluetooth device in pairing mode is detected near the PC, Windows 10 will detect it and ask if you want to pair.

For now, however, this feature is limited to “certain” Bluetooth devices. The Surface Precision Mouse will support it going forward. Microsoft writes that “We are working hard to bring this to as many of your favorite peripherals as possible,” but doesn’t state what internal capabilities are required to make this happen, or whether they’ll be able to support a wider range of products.

Additional new improvements include the ability to delete all diagnostic data your PC sends back to Microsoft, a calibration tool for HDR video to allow for playback fine-tuning, various eye control improvements, some Edge updates (better fullscreen, “clutter-free” printing), the ability to edit your own user dictionary, Windows App permission improvements, and the ability to use the Narrator when in Safe Mode. This last is extremely helpful to the visually impaired, and we’re always glad to see better accessibility.

There’s an entire list of bug fixes on top of this, so hit Microsoft’s blog post for additional details. 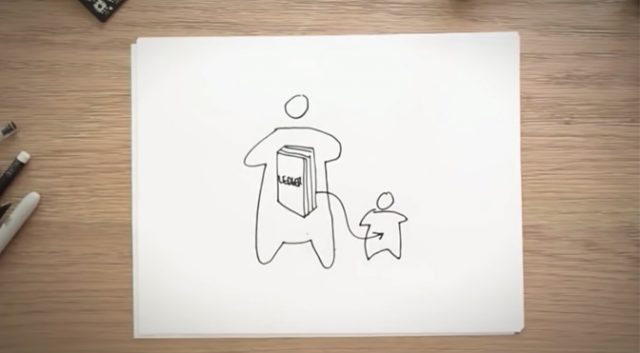 When Google talks about the Selfish Ledger, it asks us to think of ourselves as the temporary custodian of the data rather than the owner.