Every smartphone maker is waging war on bezels, but there’s a problem: You still need space for a front-facing camera and sensors. Most OEMs have left the sensors alone and slimmed down the bezel around them. However, Apple has adopted a distinctive solution on the iPhone X known as the “notch.” That missing bit of screen has become an integral piece of Apple’s branding — it embraces the notch. Now, some Android device makers are trying to embrace the notch as well. The notch wasn’t a good idea in the first place, but copying Apple’s notch is even worse.

Why the notch exists

Years ago, smartphone makers thought consumers would want phones that were easy to use one-handed. That’s probably true for some people, but the overall trend is toward larger devices. Big phones like the original Galaxy Note were a surprise hit, and since then phone screens have been creeping upward in size.

At a certain point, you encounter a physiological limit for human hands when no one can hold your giant phone anymore. For older devices, that was around the 6-inch mark. Even with narrow left and right bezels, these phones were a stretch to hold on to. The solution, at least for a while, was to move to a “taller” aspect ratio like 18:9 rather than 16:9. That allows you to fit more display in a standard phone shape without making it ungainly to hold. Thus, a Galaxy Note 8 fits in your hand even though it has a massive 6.4-inch display.

Advances in display technology — particularly OLED — have allowed engineers to trim off almost all the bezel around displays. The only things you can’t trim off are the front-facing cameras and sensors. Samsung, LG, Google, and others chose to keep slim symmetrical bezels at the top and bottom of their phones with the sensors up top. Essential was the first to launch a phone with a “notch” missing from the top of the screen. Of course, Apple overshadowed Essential just a few weeks later with the now-iconic iPhone X notch.

With the iPhone X, Apple left only as much bezel as was needed for its array of sensors. The rest of the bezels are super-slim and symmetrical, which does look striking. The notch comes with UI compromises that developers need to address, but Apple’s locked down system at least makes that somewhat straightforward. It was a tradeoff in the name of Apple’s brand identity. Now, everyone is rushing to have a notch of their own.

At MWC 2018, several Android devices appeared with an iPhone-style notch. On the surface, this is a blatant and rather lazy way to copy Apple. It’s also just a bad idea in general for Android right now.

One thing that’s distinctive about the iPhone X is the symmetrical, almost non-existent bezels. It does this with an OLED panel that bends back at the bottom, allowing the display drivers to be hidden behind the panel. Thus far, Android OEMs haven’t shown that much attention to detail — they just want that iPhone-y notch. Look at the Asus Zenfone 5, which has an iPhone X notch at the top, but retains a chin at the bottom. Even the Essential Phone, which uses an LCD panel, leaves a larger bezel at the bottom.

The slavish way many mid-tier OEMs trot out iPhone clones is a bit embarrassing. No one is going to buy one of these phones because they look like an iPhone — they don’t. They look like bad copies of the iPhone that only have the notch because it’s fashionable. They don’t need to be the same shape as the iPhone notch, but here we are.

Even if you think the screen notch is an attractive design choice (which I don’t), adding a notch to an Android phone is a bad idea right now. For one, the platform doesn’t support rendering the UI with a notch. That means apps could end up with missing UI elements or clipped content, and OEMs have to roll their own code to make system UI work with the notch. Essential had to black out the space on either side of its notch for months because Google worried it would break things. Only later did it get the OK to render a standard status bar in apps, and the Essential notch is small compared with others.

Unlike iOS, Android actually fills the status bar with useful content like notification icons. Cropping most of the bar out with a notch requires system-level changes, and I don’t think the tradeoff is worth it even then. Android P will include the necessary tools to support screen notches, but that’s a long way from release. The developer preview will be ongoing through the spring and summer, and the final version should roll out in the fall. None of the Android phones announced with notches will have Android P until at least several months later. If Google opts for a screen notch on the Pixel 3, it will be the sole Android device with proper OS-level support for non-standard screen shapes until other OEMs get around to producing updates. Everyone else will have to convert to the official APIs for the notch.

Is the notch temporary?

The screen notch exists on the iPhone X because it needs a lot of sensors on the front for Face ID, but on Android it’s just an aesthetic choice. The notch might not be a permanent fixture on such smartphones. There was a neat concept phone at MWC from a company called Vivo, which is a huge smartphone maker in Asia. This phone had almost no bezels and no notch. The front-facing camera popped up from inside the frame when needed. It’s a wild phone.

There are various reasons a pop-up camera might not be ideal (long-term reliability being the main one), but it shows there are other ideas floating around. Essential also filed a patent for a similar camera design. So, why the notch obsession? Right now, it’s easier to copy Apple. Being easy doesn’t automatically make it a good idea, though. 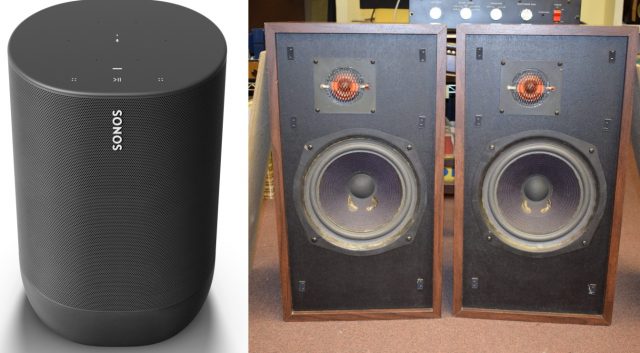 Sonos is attempting to clarify its recent policies on legacy equipment after widespread unhappiness from its customer base. There are genuine advantages to using technology too stupid to stop being "smart."