Besides the rapid rise of smartphones, no other trend has been as hot in photography as one-click filters to quickly give photos a particular look. Made popular initially by mobile apps like Instagram and Snapseed, now they have spread to just about every photo app and sharing service. For users of Adobe’s desktop photography applications, though, Profiles and Presets have had limited utility and been tucked away in inconvenient places. With the latest release of Creative Cloud, Adobe is changing that in a big way.

Profiles Have Become a Creative Tool

Converting a RAW-format image into something you can edit requires an interpretation of the raw data. Adobe has always provided a number of Camera Profiles for most of the camera bodies it supports, including some that are designed to mimic the camera vendor’s own looks, and the default Adobe Standard, that represented Adobe’s generic idea of what looks reasonable.

Now, there is a new default Profile, Adobe Color, along with some other profiles with slightly different looks, including Adobe Landscape, Adobe Vivid, Adobe Portrait, and Monochrome. Beyond that, there are lots of creatively oriented Profiles you can apply that Adobe has developed with a number of partners. In addition, expect plenty of third-party profiles to be added to the mix over time. To make Profiles a lot more obvious, they have been moved to the top of the first tab in Adobe Camera Raw (Photoshop), and to the top of the Basic adjustment panel in Lightroom.

You can browse all the available profiles, and mark any that you want to have easily accessible as Favorites. While browsing you’ll also see a thumbnail with a preview of how your image will look if you apply the profile. Of course, you can also use the standard Before/After previewing tools to see the difference on a larger image.

With most of the images I tried, all of the simple Adobe profiles other than Vivid (and of course Monochrome) were subtle. But in a way that is the point. These Profiles do not affect any of the sliders or other adjustments you’ve made or are planning to make, so they are really just a baseline starting point for whatever further image processing you do next. The creative Profiles, logically, do have a larger, and more visible impact.

Videographers will recognize this use of Profiles, as it is very similar to the way LUTs are used to import D-Log or other deliberately-flat footage into their favorite video editor.

Presets Take Over Where Profiles Leave Off

For the next step in simple editing, Adobe is featuring its Preset capability. Adobe has had Presets for a long time, but they haven’t been consistent across products, or easy to use. Here, too, Adobe is aiming to change that. Presets have a more attractive interface, are organized into groups, and you can pick out Favorites. Adobe has also worked with a number of partners to produce custom Presets, and I expect there will be lots more available soon. Unlike Profiles, which can only be used with RAW images, Presets can be used with any image.

For those familiar with video editing, Presets are close to Creative LUTs in their usage. They are also similar to what some of Adobe’s competitors already offer. Skylum’s Luminar, for example, has always featured its numerous presets as a quick and powerful way to get started editing an image. In some ways, presets are also filling the role of many of the add-in filters for Photoshop or Lightroom that have been provided in products like the nik filters or Film Pack — both now from DxO. Since Presets can only push sliders around they are much more limited than filters, but can certainly recreate some of the simpler ones.

Improved Face Detection and Other Enhancements

While Profiles and Presets are the biggest news for users of Photoshop and Lightroom, Adobe has upgraded some other features as well. For starters, face detection is improved, so you may want to use the Library->Find Faces Again command to update your People view.

Like Profiles, Dehaze has also been promoted to where it is easier to find, since Adobe found that users often relied on it in conjunction with the Clarity slider. This release also brings RAW support for additional cameras and lenses. The Tone Curve control has been expanded to make it easier to use as well.

Mobile apps have also been updated, with access to the new profiles, the ability to add film grain effects, and additional color controls for web sharing. The Android version also picks up sharpening and noise reduction, while the iPad version gains a left-handed mode. Perspective correction has also been added to the iOS version. Profiles and Presets now have a cross-platform format based on XMP, so they can be synced between all your Adobe imaging applications. If you use Lightroom Mobile’s built-in camera, then you’ll also have all your images — both RAW and JPEG — synced automatically to your Adobe cloud and desktop apps. 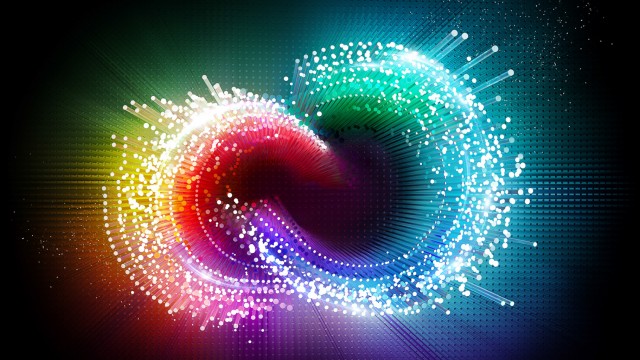 Adobe plans to bring its full-fat version of Photoshop to the iPad, in a move that could help the tablet compete against devices like Microsoft Surface. 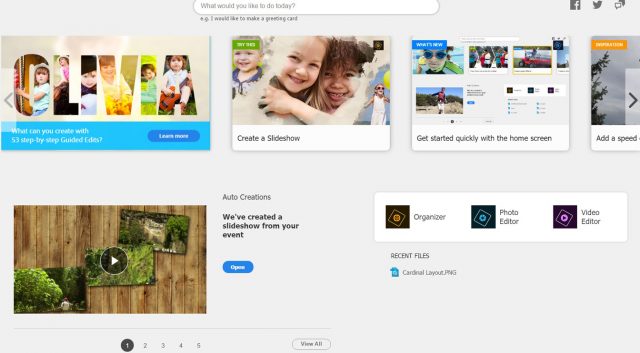 Hands On With New Adobe Photoshop and Premiere Elements 2019

Adobe's Elements 2019 adds some useful and clever new features to its entry-level photo and video editing suite, although many won't find anything must-have for their needs. 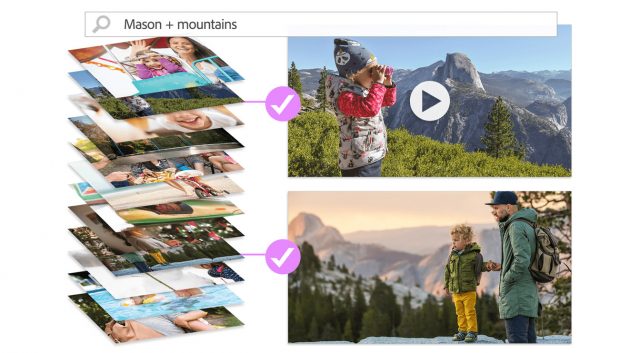 Hands On With Adobe Photoshop and Premiere Elements 2020

For those who need a solid photo or video editor but don't want to deal with the cost and complexity of Adobe's Creative Cloud applications, the 2020 versions of Photoshop and Premiere Elements offer cost-effective and easy-to-use alternatives packed with AI-enabled features.