If you’re a PC enthusiast, chances are you’ve already heard of Noctua — the company builds some of the best PC coolers you can buy, backed up by lifetime guarantees, full-color manuals, and upgrade offers that often extend the lifespan of coolers past their technical socket compatibility limits. Noctua (See on Amazon) has had a reputation for building excellent fans for many years, but the company’s latest efforts set a new technical standard for excellence — and required inventing an entirely new material.

The NF-A12x25 fan series uses Sterrox, a type of liquid-crystal polymer, to cut the gap between the fan blades and the edges of the fan enclosure to just 0.5mm. Normal fans fall victim to what’s called “impeller creep,” or the tendency of plastic to expand slightly as it ages. Had it kept to normal tolerances, this wouldn’t be an issue — typical fans are designed to allow for this aging. But Noctua wanted to reduce the amount of dead space within its fans, which required the use of a material that wouldn’t fall prey to the problem. It may also explain why the A12-x25 family has been in development for over four years.

Ahem. Where was I? (Besides being measured for hearing aids).

Here’s how Noctua’s CTO, Lars Strömbäck, describes the three fans and their strengths and weaknesses relative to one another.

Simplifying things a bit, you can imagine the maximum pressure measurement as a situation where a fan is put blowing against a closed wall and the maximum airflow measurement as a situation where the fan is operating in completely free air rather than blowing onto or into something. Neither of the two situations commonly occurs in real-world applications where you usually have the fan working against some resistance, but never 100% resistance or zero resistance. So first off, you actually have to look at the entire pressure vs airflow (P/Q) curve of the fan to get a rough idea about its performance, and if you do this with the NF-A12x25, you will see that while it doesn’t excel at maximum pressure or airflow, it has an extremely strong mid section. This allows it to outperform both the NF-F12 and the NF-S12A in most typical applications.

A full interview with Strömbäck (conducted by Noctua itself, but with some solid background information and R&D data on the fans) can be found here. 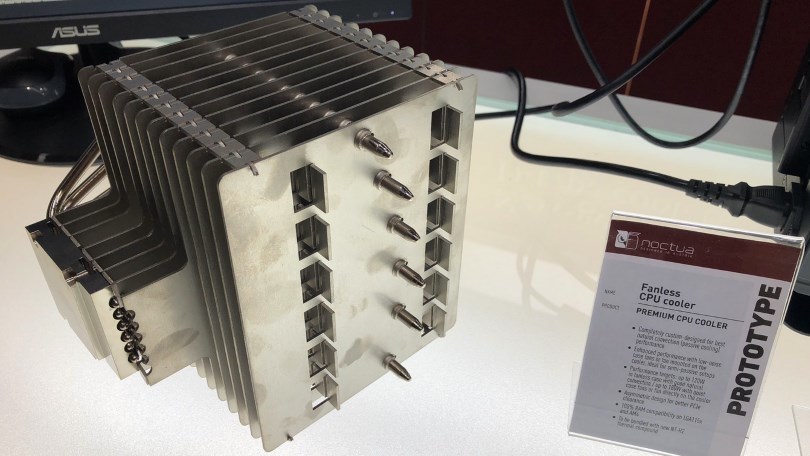 If you've wanted a CPU cooler that could double as a warhammer and doesn't need a fan, Noctua is about to have you covered. 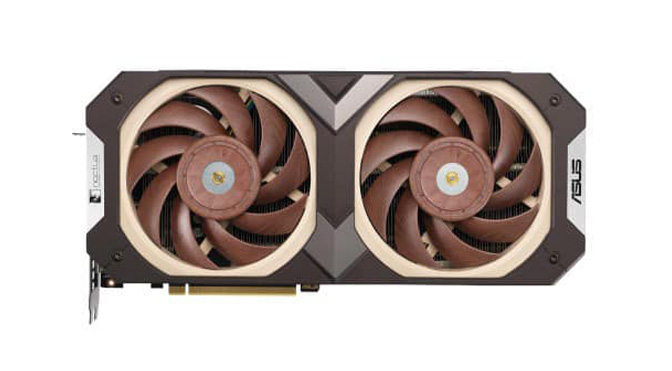 The only thing that matters when buying a new video card right now is that you can find one in stock. Who cares if it doesn't have the right fans? Maybe one day you'll have the luxury of caring about the fans on your GPU again. That's why products like the Asus x Noctua RTX 3070 exist.