SpaceX is preparing to launch the final planned iteration of its Falcon 9 rocket. If the Block 5 launch and recovery are successful (the launch is currently scheduled for today, May 11), it’ll be a huge step forward for Musk’s reusable rockets — and clear the launch pad for later and greater engines down the line.

SpaceX has been revising its Falcon 9 since the rocket first flew, often making numerous small changes between launches. While the company has faced significant challenges, including the loss of CRS-7 150 seconds after takeoff back in 2015 and the loss of AMOS-6 on the launch pad in 2016, it’s also pushed the boundaries of aerospace with the first-ever reusable rocket. One of the major goals of the Block 5 design is to move from reusing each rocket once to reusing rockets at least 10x, with the refurbishment time cut from months to weeks.

While SpaceX hasn’t released a formal list of exactly which changes have been made to Block 5 compared with Block 4, redditors have compiled a list of their own based on publicly available information and statements from SpaceX. Enhancements to the rocket supposedly include titanium grid fins, changes to the turbopumps to prevent turbine wheel microfractures, improved heat shielding around the engines, 8-10 percent more thrust, improved flight controls, and myriad additional improvements, all generally aimed at increasing the rocket’s durability.

The ability to reuse rockets is critical to the cost curves SpaceX is pursuing. While the Space Shuttle was designed to be reusable, the limits of 1970s technology and the cost and difficulty of replacing the Shuttle’s thermal tiles and other key components made it impossible for NASA to deliver the low-cost, quick-launching orbiter that was supposed to make launching into space almost routine, with upwards of 50 launches per year. Shrinking the refurb time to a matter of weeks and reusing the rocket 10 times before decommissioning it would represent unparalleled achievements in rocketry.

“My experience with SpaceX has been that it has achieved its engineering goals,” Carissa Christensen, an expert in commercial space analysis and founder and chief executive of Bryce Space and Technology, told Ars Technica. “They have set audacious, ambitious, and exciting goals before. And if SpaceX is saying that is the engineering goal, just based on past experience, it would be foolhardy to say they won’t get there.”

If today’s launch goes well, the Block 5 should be set to make history in its own right, while SpaceX turns its attention to other engineering projects — like a certain Big Falcon Rocket. 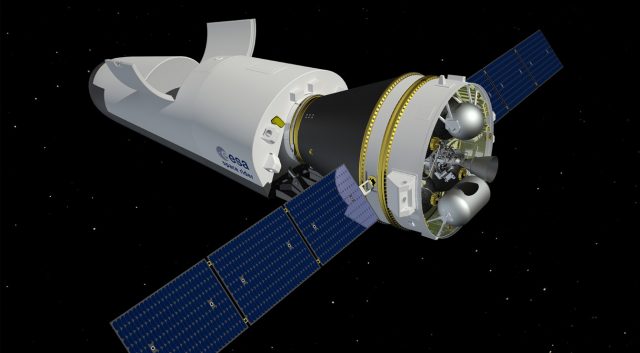 The European Space Agency (ESA) has decided to move forward with its Space Rider project, an uncrewed orbital vehicle that will mate with the Ariane and Vega families of rockets.