As fun as gaming is, it’s not always possible to sit at the high-end of the market and play the latest titles. Whether you’re traveling with a lightweight system, using a secondary rig, or simply working from an old PC because you can’t afford an upgrade, we’ve put together a list of titles you can still enjoy, even from an older system.

One of the greatest strengths of PC gaming is its backwards compatibility. Thanks to the steady advance of system performance, even at the integrated graphics level, even modest machines from several years ago can enjoy a huge range of games today. The titles on our list below range from relatively recent games that run well on even modest systems to old titles that still hold up today.

Keep in mind, however, that after decades of publishing, there aren’t just “25 great games you can play on laptops and low-end PCs.” There’s hundreds, possibly thousands of titles that still run well on even low-end hardware. Travel back to the early days of the 3D era, and even Intel integrated GPUs have far more horsepower than the GPUs that powered games like Quake II or The Elder Scrolls: Morrowind. GoG has a huge list of games released from 2004 or earlier that would run well on even an aging Atom netbook today. We’ve tried to cover a range of franchises and titles, from indie games to AAA releases, and with multiple genres represented.

Without further ado, here’s the first part of our list: 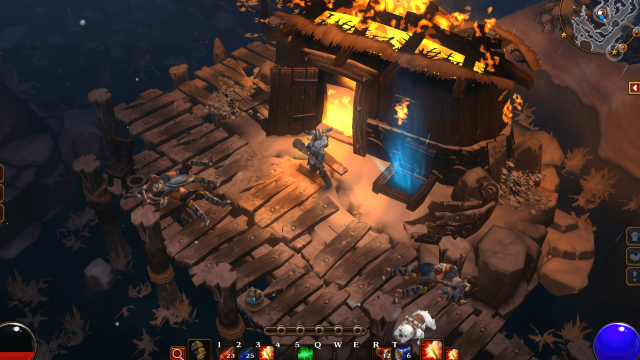 If you loved the original Diablo and Diablo 2 games, but want something a bit more modern, Torchlight and Torchlight 2 hearken back to classic dungeon crawlers, with their own take on the genre. With bright, colorful graphics, unique character classes, and (in Torchlight 2) a co-op mode, these adventures deliver hours of fun on any system. 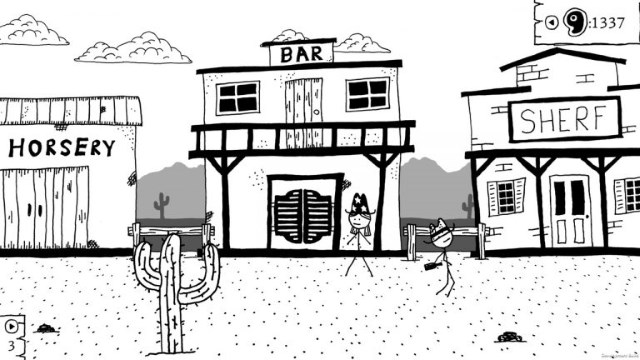 West of Loathing is a "graphical" adventure game that could run on a Lite-Brite. Don&#039;t let the black-and-white stick-based graphics fool you — under the hood is a classic adventure game with RPG elements, killer clowns, demon cows, snake oil salesman, and a heap of spittoons to dig through in search of loot. The dialog is laugh-out-loud funny and the game&#039;s irreverent humor recalls the best adventure game writing of earlier eras. 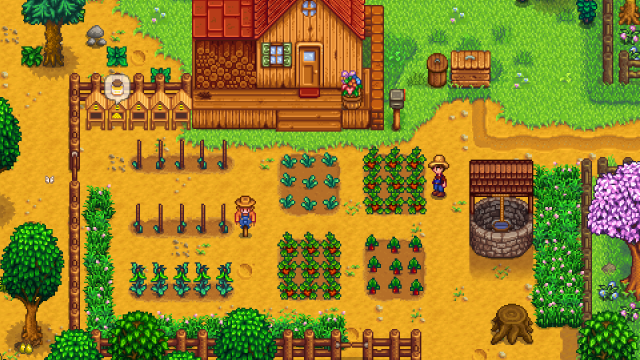 Stardew Valley was heavily inspired by the Harvest Moon series of video games, but adds its own spin on the concept. Explore Pelican Town, make friends, fall in love, and restore your grandfather&#039;s farm to health in a gentle, open-ended title that will tease your curiosity as opposed to yanking you hither and yon with frantic quest demands. 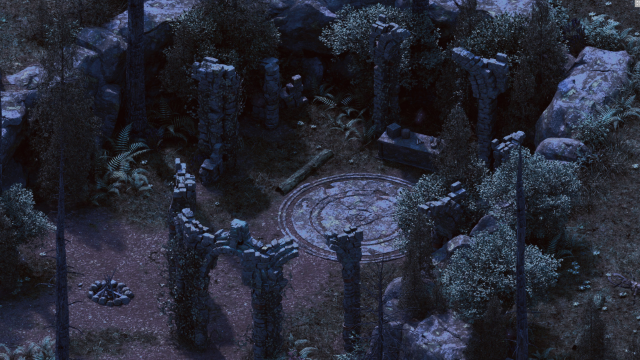 Pillars of Eternity is a spiritual successor to classic BioWare RPGs like Baldur&#039;s Gate and Planescape: Torment. With 11 classes, up to five companions, side quests, and its own unique setting and story, it&#039;s a rich, deep dungeon-crawling experience. 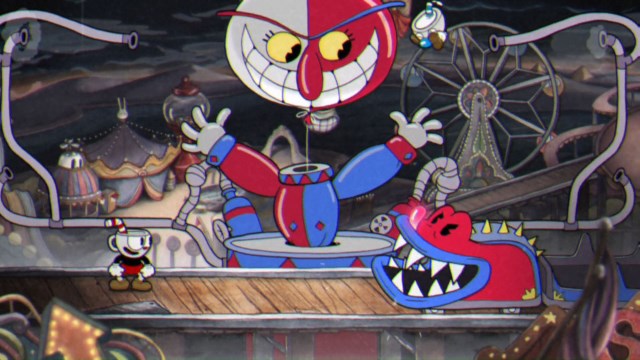 Cuphead&#039;s visual aesthetic is truly unique — it&#039;s the only game we&#039;ve ever seen that mimics the "rubber hose" animation style of the early 1930s in a frenetic run-and-gun shooter. You&#039;ll need sharp reflexes to beat the game, but not much in the way of PC horsepower. 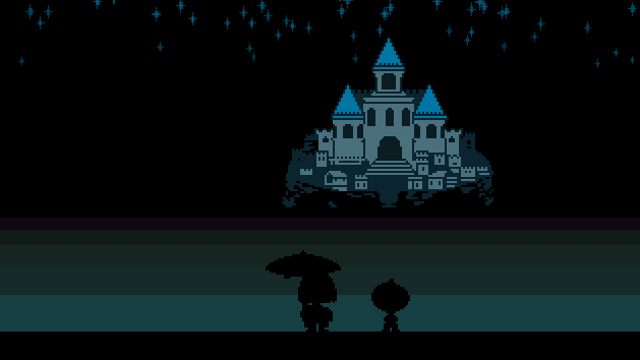 Undertale is a 2015 title in which you play as a child that falls into the Underground and must endeavor to return to the surface. The game is famous for its fans and its unusual ending structure, along with excellent writing and a willingness to subvert traditional RPG elements. It&#039;s an RPG for the kinds of folks who say they don&#039;t need great graphics for great gameplay. 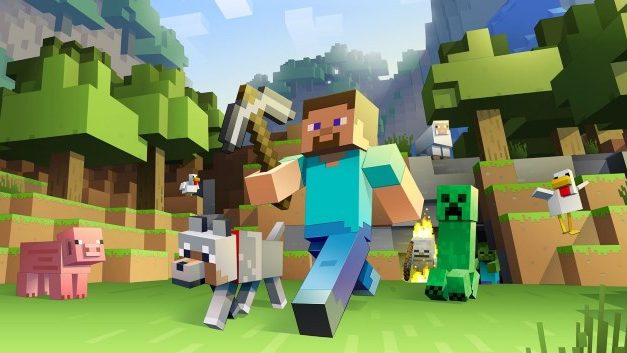 The open-world sandbox of Minecraft has been used to create everything from 1:1 scale models of the starship Enterprise to functional (if simple) CPUs. In between there&#039;s an easily accessible game with a rich crafting system, dangerous mobs, and huge worlds to explore. If your ideas of gameplay run more towards "give me a big space and lots of tools," and less towards coherent narrative and story-driven play, you may find Minecraft much to your liking. 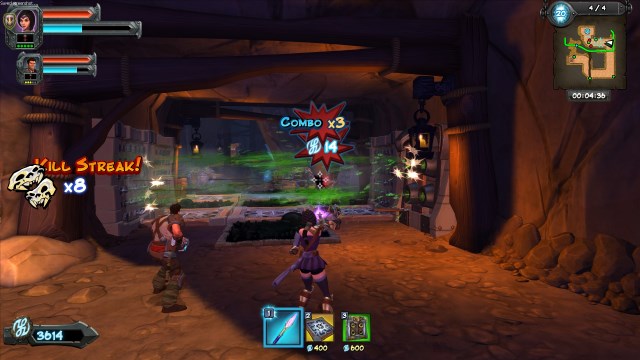 OMD and OMD2 are some of my favorite titles for mindless slaughtery goodness and have a permanent space on my hard drive. This hybrid tower-defense/action game tasks you with burning, blasting, freezing, smashing, dissolving, shooting, and generally wreaking mayhem against wave after wave of orcs, trolls, ogres, and other various bad guys as they seek to invade your home. It&#039;s easy to learn and sometimes surprisingly difficult to master. 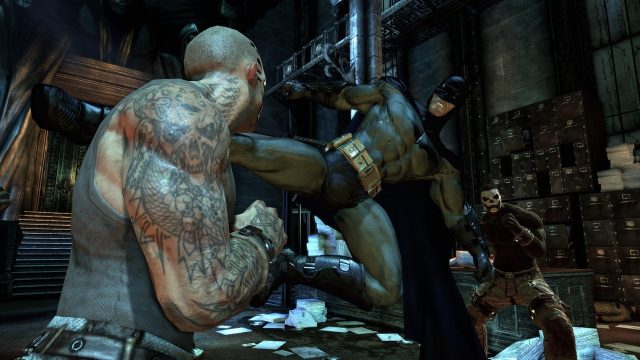 All the Arkham games are great fun, but the first has the best chance of running on even modest hardware. Take on the role of Batman as he struggles to contain the Joker&#039;s full-scale prison break at Arkham Asylum in an adventure that&#039;ll require you to upgrade the Dark Knight&#039;s capabilities, solve puzzles through Detective Mode, and bring down the Clown Prince of Crime — while fending off Poison Ivy, Bane, Killer Croc and a veritable army of henchmen. 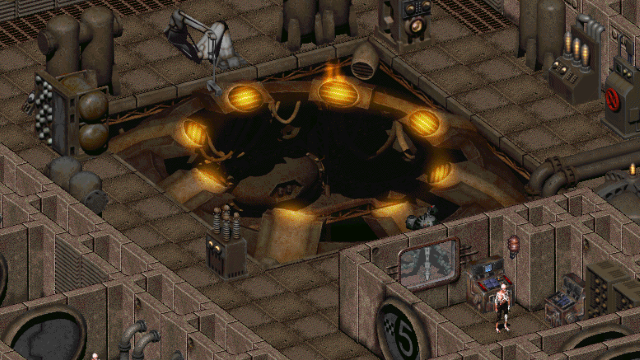 I&#039;ve recently been playing FO2 for the first time and it&#039;s proof that the best games of yesteryear are still worth exploring today. This retro-futuristic title explores the aftermath of nuclear war as seen through the lens of 1950s culture and tasks you with finding a Garden of Eden Creation Kit to save your village before drought and famine kill your people. With a huge cast of characters and richly realized world, Fallout 2 is a gem, even 20 years later. 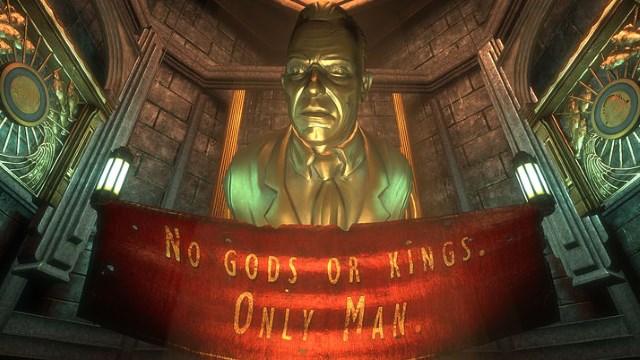 BioShock&#039;s 2005 visuals may be dated compared with modern titles, but the atmosphere of Rapture holds up brilliantly today, even compared with 2013&#039;s BioShock Infinite. The city of Rapture, built at the bottom of the North Atlantic in the aftermath of WW2, was supposed to be a paradise. It became a nightmare. If you&#039;ve never played this gem, would you kindly do yourself a favor and remedy that hole in your own experience? 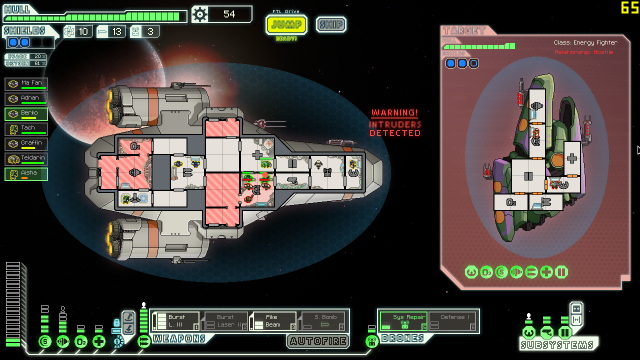 FTL (Faster than Light) is a real-time, top-down strategy game that tasks you with piloting a spacecraft to deliver vital information to an allied fleet while fending off rebel attackers, alien encounters, and trading with other friendlier species. You&#039;ll manage starship systems, upgrade your vessel with a plethora of weapons and shields, including chain lasers and combat drones, and pick a crew to hopefully bring you through the climactic battle with the Rebel Flagship and out the other side. 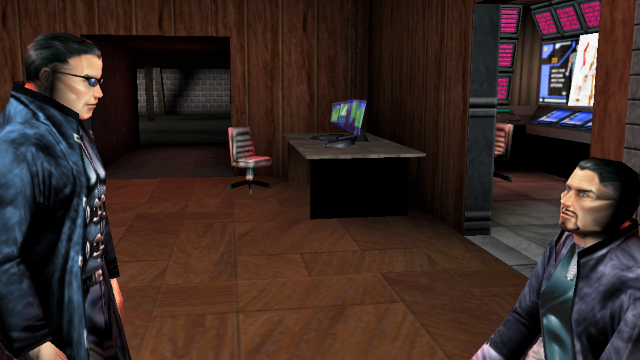 The original Deus Ex is so old, it&#039;d run on a toaster at this point — but if you can get past the graphics and some less-than-great voice acting, you&#039;ll find a solid game with a huge campaign and a plethora of approaches to every puzzle. You can play Deus Ex as a gun-heavy thug, an invisible assassin, or as a pacifist with a minimum of violence. 2052 isn&#039;t as far off as it used to be, but Deus Ex&#039;s dystopian world and musings on the future of technology have never felt more timely. 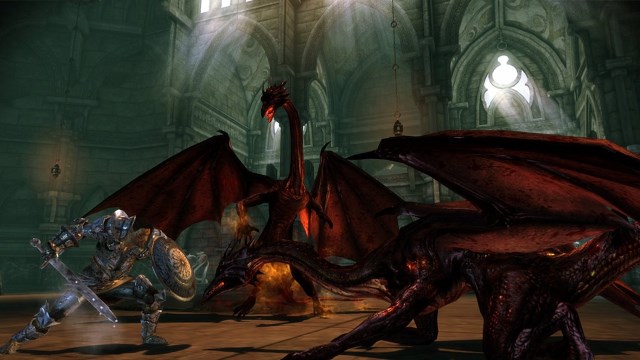 If you love well-woven original IP, Dragon Age: Origins is one of the best RPGs of the past decade. The first title isn&#039;t perfect — there are unofficial patches that are practically a must for getting the most out of the game, and the combat system can be clunky — but the storytelling, voice acting, and world-building are all excellent. DAO was followed by two sequels, but the original is still the best to many gamers. 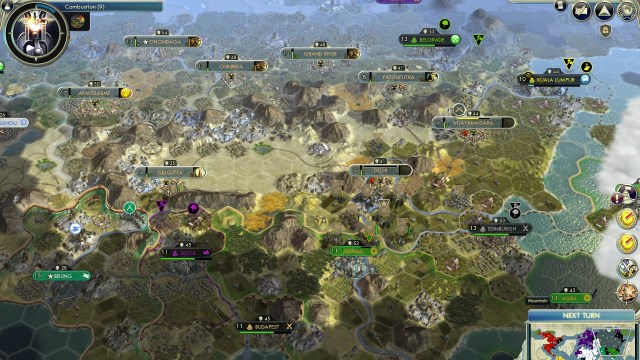 Civilization VI may be a bit too much of a beast to make our recommended list, but Civilization V (2010) will run on virtually any PC, including lower-end laptops with Intel GPUs. In the event that you&#039;ve got a 4-5 year-old system and find Civ V a bit too demanding (somehow), Civilization IV is still a great title in its own right. Best of all, it&#039;s narrated by Leonard Nimoy. But both of these games are brilliant 4X strategy that&#039;ll keep you up until the cold, gray light of dawn is filtering through the blinds. 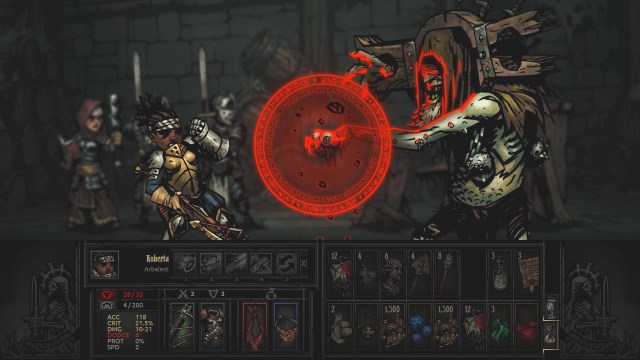 Darkest Dungeon is a 2D, side-scrolling dungeon crawler with a side helping of Lovecraftian horror and a mental health management simulator. As your heroes wind their way through the stygian abyss, they&#039;ll face the dripping claws and rasping moans of the eons-damned creatures that dwell beyond the stars. Safeguard them carefully, or you&#039;ll find the abyss staring back at you when you least expect it...

When it comes to Valve titles, we’ve decided to break things out into a separate list. Once upon a time (the late 1990s to mid-2000s) Valve was famous as a game developer as opposed to for running a massive PC game distribution service. In most of the cases below we’ve chosen to focus on sequels because oftentimes, they represent the pinnacle of Valve’s game design for a given franchise. Still, in all the cases we highlight, there were previous titles — a Half-Life to Half-Life 2, a Team Fortress to TF2, etc. If you’re looking for an even gentler title (a cubicle wall could run HL2 these days), these could well suit: 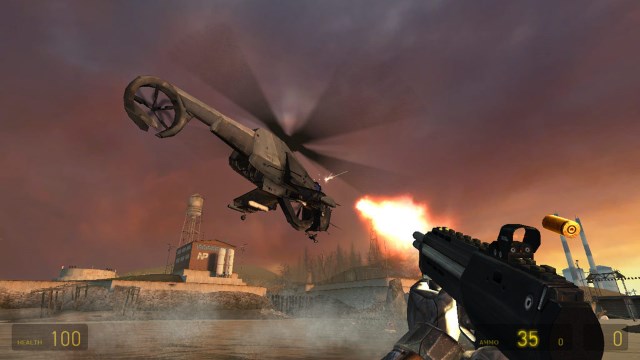 Half-Life 2, released in 2004, is still recognized as one of the best first-person shooters of all time. Play as Gordon Freeman, a silent protagonist working to free Earth from the clutches of the insidious Combine, an alien invasion force. Half-Life 2 and its two expansions (Episode 1 & 2) will all run on virtually any system, but be advised — Episode 2 ends on a cliffhanger that&#039;s never been resolved. 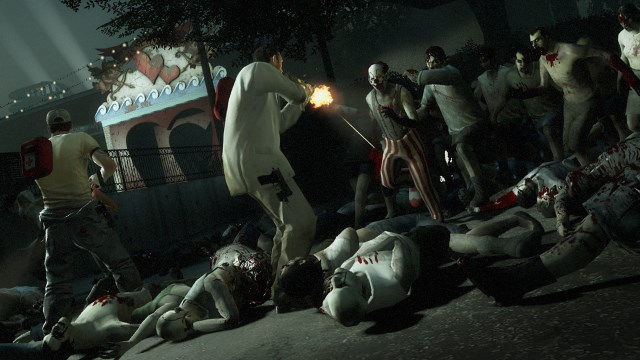 L4D2 is an online co-op multiplayer game with a single-player campaign focused on slaughtering zombies with various melee weapons and assorted firearms. The plot&#039;s paper-thin, but the gameplay more than makes up for it. As a DX9 title, L4D2 runs on pretty much any system. 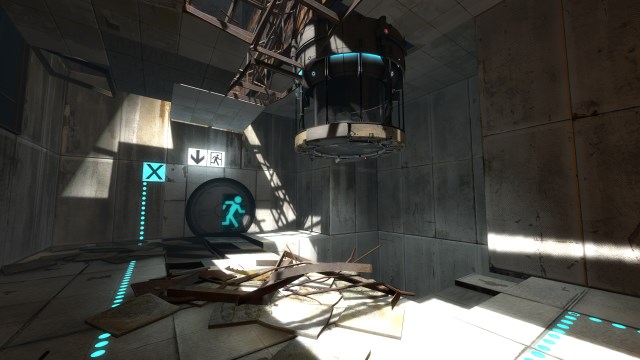 Portal and Portal 2 are two of the most interesting first-person puzzle platformers ever released. Locked within the vaults of the Aperture Science testing facility, you&#039;ll need to outwit an insane supercomputer, turrets and traps, while solving puzzles with a "portal gun" that lets you open personal wormholes between points. Keep an eye on your trusty Companion Cube and strap on your Long Fall boots. It&#039;s time to do science (also, death). 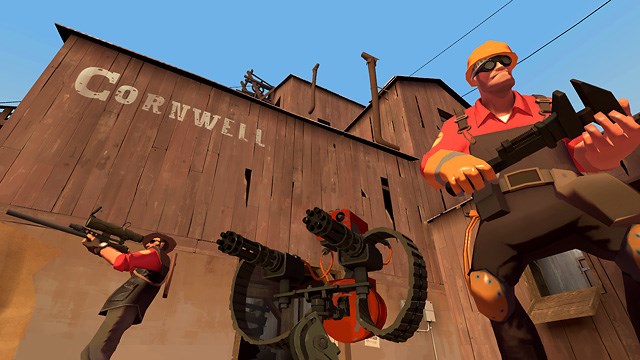 Team Fortress 2 is a 2007 game that&#039;s still being actively developed and patched to this day. It&#039;ll run on nearly anything at low detail, including the integrated graphics solutions common to laptops and low-end desktops, and it offers surprisingly deep gameplay with a plethora of classes, weapons, and maps to choose from.

So that’s our list. Feel free to chime in with your own. What older games or titles still have a cherished spot on your hard drive, and what games do you find yourself returning to, long after they’ve supposedly been surpassed by more recent releases?