African safaris are one of the last refuges of standalone cameras. After all, for many a safari is the experience of a lifetime, and they provide challenging conditions for capturing great photos. But on my trips there I see an increasing number of tourists using only their smartphones. So on our recent photo safari, I took along two high-end smartphones to see what they could do, both in conjunction with my DSLRs and by themselves. The good news is that they are capable of creating some great memories, although it’ll be a while before they can completely replace a dedicated camera.

Photographing Wildlife With a Smartphone

When most of us think of photography on a safari, we think of stunning portraits of charismatic mammals such as lions, leopards, and elephants. As recently as a couple years ago, trying to capture good photos of wildlife with a smartphone camera was a fool’s errand. Even now it is still one of the toughest challenges for the typical small-sensor phone and fixed or limited-focal-length-range lens. However, the situation continues to improve each year, and some of the new technologies in the Google Pixel 2 and Huawei Mate 10 Pro I took on my recent safari were helpful.

Zooming In on Animals

If your smartphone has a telephoto lens on a second (or third) camera, then you’re already one leg up. Typically it will be between 1.5x and 3x the focal length of your main camera. Up to that amount of zoom, you’ll get a full-resolution image without the need for fancy computational imaging to enhance its resolution. Beyond whatever your longest native focal length is, you’ll need to rely on your smartphone’s software to either digitally zoom a single frame, or fuse several different frames together to create one with a higher resolution and lower noise than it would get by simply applying a digital zoom. Those techniques work best if your subject isn’t moving, and if you can keep the camera relatively still — not always easy to do when shooting wildlife from a vehicle.

Ideal for People Photos and Landscapes

Some of the images everyone remembers most about any trip are those that include them, their traveling companions, or people they meet. Smartphones are perfect for that. They are usually already at hand, and unobtrusive. The key here is to make sure you can make quick work of getting the image you want. If you need to spend too much time fiddling with settings or remembering where the controls are, your audience is likely to lose patience and either wind up looking grumpy or abandoning you altogether.

While you’re actually out on game drive, they also have the advantage of offering a wide-angle alternative to your main camera (which you probably have with a long lens mounted). This makes them a much quicker alternative than changing lenses for many landscape shots, images showing your friends and the animals, or perhaps even capturing large groups of animals that are too large for your telephoto. That can include herds of antelope or zebra, or even a large pride of lions.

One of the joys of shooting with a smartphone is that you get easy access to a variety of specialty modes that either don’t exist on many traditional cameras, or can be painful to use. Two of the most interesting of these on safari are Panoramas and Time Lapse. Both modes have some advantages and drawbacks compared with doing the same thing yourself, so it is worth covering them in a little detail.

The typical method for shooting a panorama with a digital camera is to capture a series of images, preferably overlapping by about 50 percent and having similar exposure, followed by stitching them together on a computer. That can produce great results, but requires both care and effort when shooting, and time post processing. Most smartphones, and in fact many new mirrorless and compact cameras, offer an integrated Panorama mode. The best of them help you frame each segment of your image to allow effective stitching, and then do all the needed post processing for you.

Aside from not letting you tweak each image yourself before stitching, the biggest drawback to creating a panorama this way is the smartphone typically only produces a limited resolution final image. If you want to share the result on the web, or look at it on a small screen, that’s fine. However, if you expect to create a massive wall-sized print, you’re probably better off taking a series of full-resolution images (ideally in RAW format), and stitching them yourself.

If you’re pretty serious about photography, you may have an intervalometer that lets you take many images in a sequence at a defined interval. High-end cameras often have one built-in. However, it means getting an additional accessory, or at a minimum some fiddling with the menus on your camera to set it up. In contrast, many smartphones have added a simple to use feature that supports the most common use of an intervalometer — Time Lapse. By taking an image every few seconds and combining them into a video, Time Lapse gives you a super-fast (if somewhat jerky) version of a scene. This can be a great way to capture the essence of action that unfolds over a longer period than viewers are likely to watch.

For example, we were fortunate enough to have a group of impala come to a waterhole we had staked out. Almost as soon as they left, a small herd of Wildebeest took their place. Combined, the action was about 12 minutes, but you can get a sense of it in this 10x speed time lapse shot with a smartphone:

For comparison, you can watch a full 12-minute version of the action in this video I took with a smartphone sitting right next to the one capturing the Time Lapse:

That brings me to another great thing about smartphones: You can support them with a tiny, inexpensive, tripod. So if you have a stable platform of some kind for watching the action (potentially even a vehicle hood), you can set one up to record video or capture a Time Lapse while still using a larger camera to capture the scene. In this case, I was using my Nikon D850 to get images like this one while the smartphones were rolling:

Using GPS to See Where You’ve Been

One of the most useful things about smartphone photos is that they can easily include the GPS information about where the image was captured — simply by using the phone’s own ability to determine your location. That means it’s simple to tag them with the location when you share them, and that using tools that support a Map capability like Adobe Lightroom lets you browse for photos by where they were shot:

If you want to have some more fun, and are willing to shell out for a specialty accessory, the FLIR ONE thermal imaging add-on for your phone is a great way to help you literally see in the dark:

Should You Leave Your Camera Behind on Your Next Safari?

If you want to make the most of your photographic opportunities on safari, you’ll still need to carry something with a larger sensor and longer focal length than your smartphone. That’s necessary to make the most of low-light opportunities near sunrise and sunset, and for getting great animal portraits. But if you want to chronicle your trip and share memories with friends, a good smartphone camera may be all you need. Even if you do carry a separate camera, you can see there are lots of ways your smartphone camera is a perfect complement to it.

To help illustrate some of the points in the article, I’ve put together a slide show of some of the other images I captured on safari with the Google Pixel 2 and Huawei Mate 10 Pro: 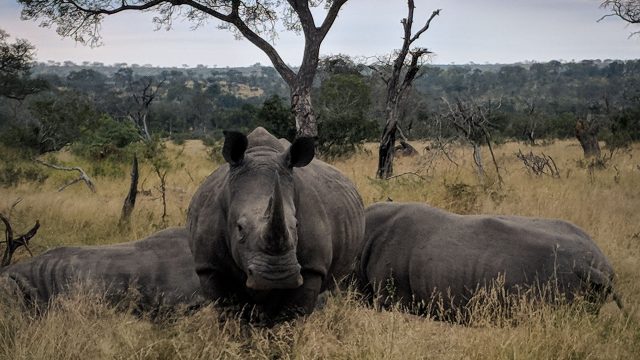 This family of White Rhinos was close enough so that I couldn&#039;t have gotten them all in the same frame with my telephoto lens on my DSLR. So the smartphone was an obvious choice to capture the image. 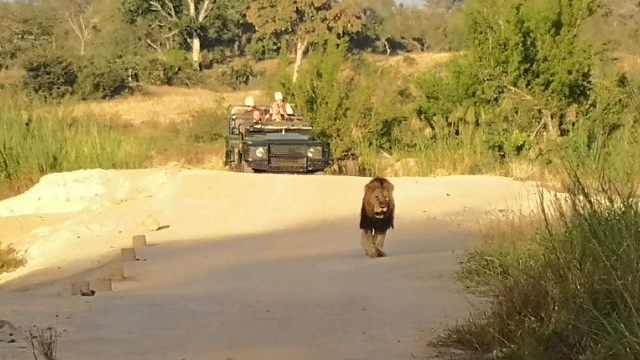 Smartphone photos can be a great way to set the scene. Here we were following along with a male lion who was tracking down his pride. He had been calling and one of the females answered, so he was on a mission to find her. NOTE: The slideshow versions of these images are only 640 pixels wide. Click on them to get a larger version, although for reasons of viewing on the web, those are also down-sampled from the full-resolution images. 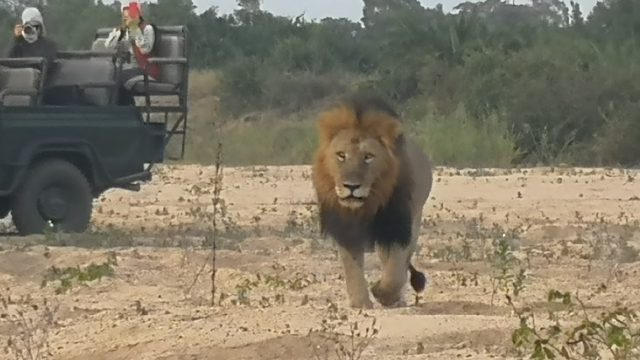 Here you can see the limits of a smartphone camera. I&#039;ve tried to make the scene more compelling by zooming in, but the image quality deteriorates substantially from the one captured at the default focal length. 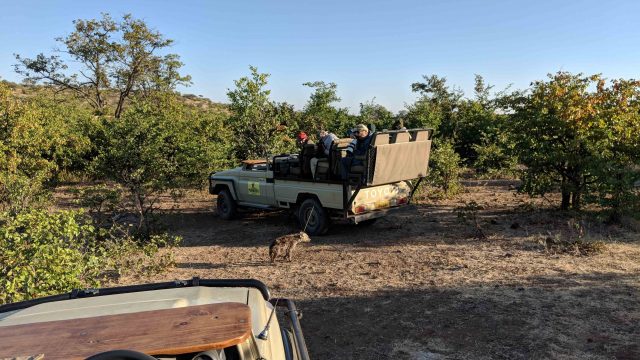 Sometimes you just want to take an image to help you tell a story later. We came across this Hyena den and the adults, sub-adults, and pups were all around us, often walking up to and in between the vehicles. It&#039;s hard to do the chaotic scene justice, but this image helps illustrate what was happening. 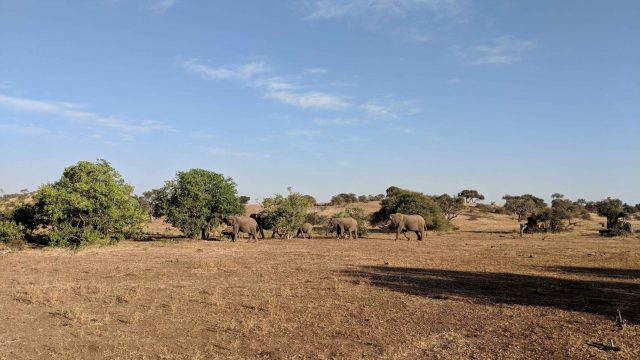 Herds of elephants can stretch for hundreds of yards as they walk across the Savannah. No need for a telephoto to convey their scope. Captured using the Pixel 2 in default mode. 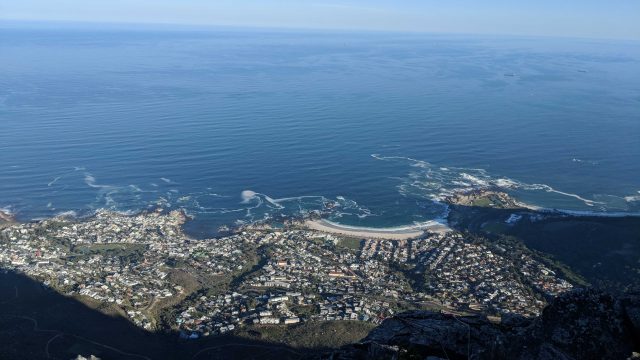 This view from the top of Table Mountain in Cape Town, South Africa shows both the strength and the weakness of smartphones for capturing landscapes. The Pixel 2 did a good job with overall exposure and detail in the lit areas, but despite its HDR+ capability, couldn&#039;t do as good a job of capturing detail in the shadow areas as a true multi-frame bracketed HDR capture. 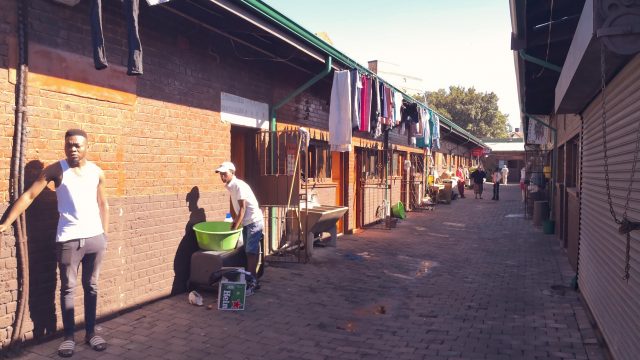 While smartphone lenses are small and cheap, built-in software does an excellent job of correcting for various kinds of distortion, as you can see by the nice straight lines in this image of a Zulu Market in Johannesburg, South Africa taken with the Huawei Mate 10 Pro. 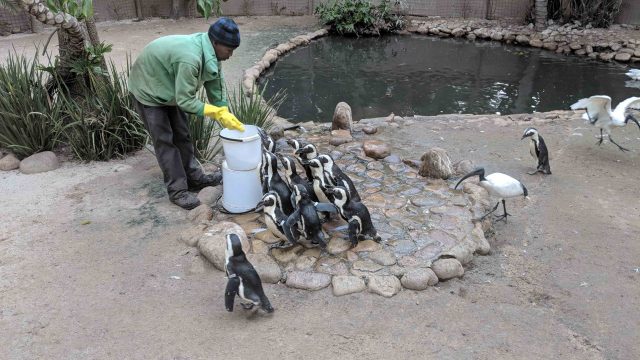 While it wasn&#039;t as much fun as seeing Penguins in the wild like we had the day before, it was great to see them in action at feeding time at the World of Birds. Using a smartphone let me capture stills like these as well as quickly switching to video for part of the event. 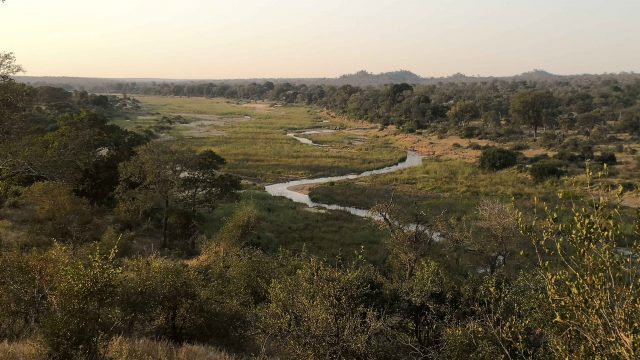 As long as you don&#039;t expect to create gallery-quality prints, smartphones can do a great job of recording landscapes. This is especially true if you are able to shoot in RAW to give yourself maximum post-processing latitude. Take a look at our articles on mobile workflow using Lightroom and other tools for ideas. 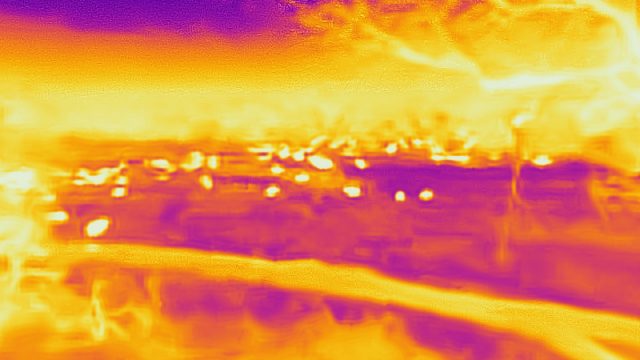 We tracked down this herd of Cape Buffalo in the Sand River bed at dusk. They were very difficult to see with the naked eye, but the FLIR ONE picked them up just fine. 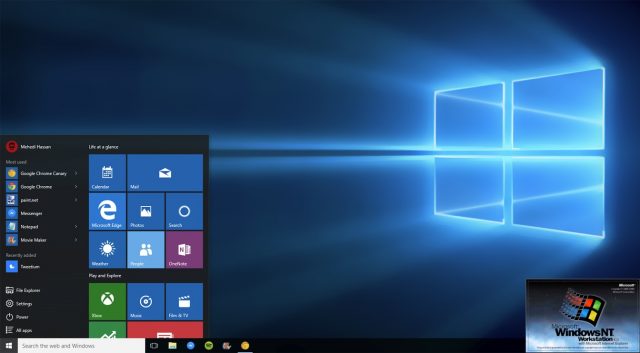 Microsoft has announced new performance enhancing features baked into Windows 10 — but unless you own Windows 10 Pro for Workstations, they're not going to be available to you. 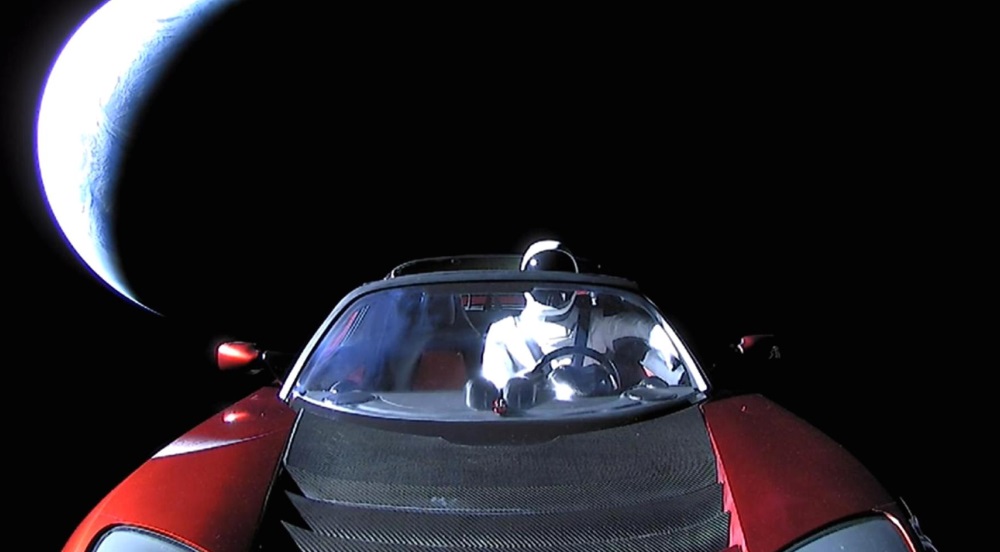 Astronomy researchers have concluded that Elon Musk's Tesla is highly unlikely to impact Mars, but there are other, much more likely places in the solar system it could easily wind up. 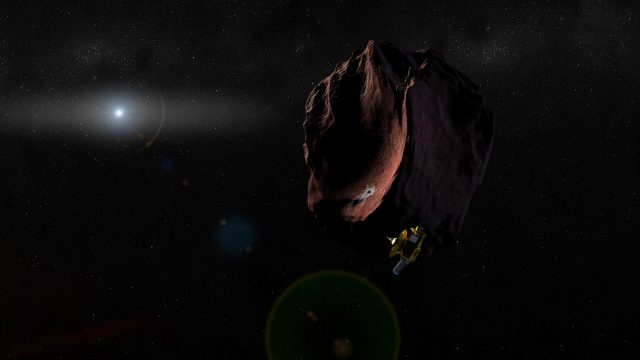 When the New Horizons probe was launched in 2006, it had a straightforward mission: go into the night and take pictures of our outer solar system and what lies beyond, so we can see what’s out there. Demoting Pluto didn’t reroute the spacecraft nor strike it from the itinerary, though, and after taking a whole… 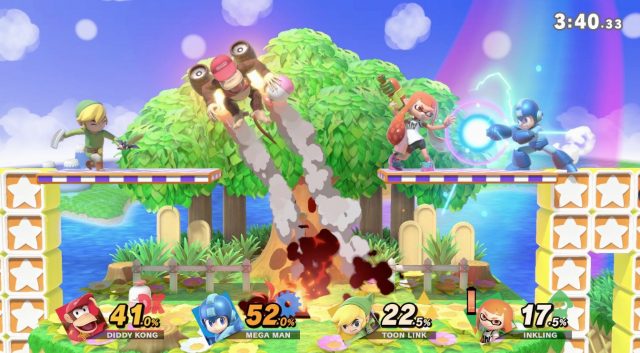 Nintendo is ending 2018 strong with the release of Super Smash Bros. Ultimate. This fifth installment in the cherished crossover fighting series brings back every playable character to date and gives Switch owners something to crow about during game-of-the-year discussions.