Fans of Plex’s powerful and flexible media-serving platform will be delighted to hear that the company has extended it to provide a VR-friendly video viewing environment for leading mobile VR devices. Plex users with a Daydream-compatible, Oculus Go, or Samsung Gear VR headset can simply download the new Plex VR app and explore their videos in a variety of virtual theater environments. We had a chance to use the new app during its launch at AWE 2018 (Augmented World Expo) and it was a lot of fun.

Plex has at least as much experience as any other company providing viewing experiences to digital device users. So it makes sense that their VR viewing app is nicely designed and handles most common use cases. You can choose from several settings — a drive-in, a loft apartment, or a black void — for starters. Unlike other VR theater apps I’ve tried, you can also move the theater screen around in addition to zooming it. Daydream-compatible touch controllers also work nicely.

Plex has gone beyond the other VR theater apps I’ve used, by allowing you to interact with your theater. You can throw popcorn at the screen, honk your horn at the drive-in, or even draw the blind or change the art in the apartment. I particularly like the idea of popcorn throwing combined with viewing with friends.

Plex says that Plex VR also supports 360 photos and video content you already have, although it doesn’t try to convert 2D content into either 3D or 360-degree content.

Since Plex VR is built using the Unity engine, over time it’s portable to just about any VR or even AR device. But initially, Plex supports Daydream and Daydream-compatible headsets like the Lenovo Mirage Solo, along with Oculus Go and the Samsung Gear VR. Higher-end headsets like the Oculus Rift and HTC Vive are not currently supported, which makes some sense given their relatively small volumes and the fact that they are typically only a few feet away from a large, high-resolution PC monitor.

The Plex VR app for Android is free, but of course requires that you have a Plex media server running. The basic Plex media server software for your computer or NAS is now free, but premium features require a paid subscription ($4.99 per month, $39.99 per year, or $119.99 lifetime). Once you have the Plex server running, you can get the Plex VR app from the Oculus store for the Gear and Go, and from the Google Play Store for Daydream-compatible headsets.

So How Great Is It?

While the application is well-designed, it’s currently limited by the quality of mobile VR headsets, which frankly isn’t that great. You’re not going to get the same clarity you would on a decent tablet or laptop — probably not even the same as on your smartphone, unless it is really good.

The above will be changing quickly as VR headsets continue to improve. In the meantime, if you want the convenience of kicking back on your couch or an airplane seat and watching some videos or movies along or with friends, Plex VR performs well. It’s a must-have add-on for any Plex user. 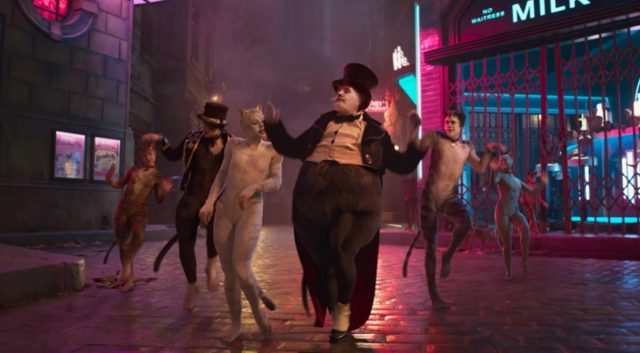 Hollywood Just Patched an In-Theater Movie, Cats, for the First Time in History

For the first time, studios have updated the special effects of a movie while the film is still in theaters. That may not stop criticism of Cats, but it could change Hollywood's relationship to its own medium.