Parrot Anafi By the Numbers

The camera sports an impressive 21MP resolution from its Sony IMX230 sensor. It can capture 4K video at 30fps or 1080p at 60fps (although not at 120fps). There’s also an HDR mode that uses the sensor’s ability to use different shutter times in the same frame to increase the effective dynamic range of the video. This does come at the expense of looking slightly unnatural in my testing — but that could clearly be improved as firmware is updated. The Anafi has a 3-axis gimbal, although the rotation axis is actually digital. One cool feature of the camera is that it’s mounted so you can aim it straight up.

Out of the box, the Anafi comes with a clamshell carrying case, its remote controller, spare propellors, and a USB-C cable for charging the drone’s removable 2700mAh battery and controller from a regular smartphone charger. The only battery is the one in the drone, so despite its 25 minute flight time, you’ll probably want to shell out another $100 for a spare. You also get a 16GB microSD card, which is good because the Anafi doesn’t have any internal storage.

Before starting it up, charging the drone and RC is a good idea. While you’re doing that, you can download the Freeflight 6 app Parrot has introduced for flying the Anafi. Once you have the app and the drone is charged, the rest of the process is about the same as with a DJI drone. Fire up the RC, the drone, the phone, and attach the RC to the phone. At that point the app should launch and you’re good to go.

As usual, the default settings are pretty toy-like, so you’ll probably want to go through and increase the maximum speed, maximum distance, and maximum altitude — at least after you’re comfortable. If you fly in Camera mode (similar to DJI’s Tripod mode), the drone does everything slowly to make for smoother video. Takeoff is a simple button press. From there, the default behavior of the joysticks on the RC is the same as for DJI. The gimbal control is a level, which I like better than DJI’s knob, but overall the controls are fairly similar. Like the Mavic Air, the Anafi RC doesn’t have its own display. So you can fly with just the RC (or just your phone), but if you want to see readings or drone video, you’ll need to make sure you’re using the app on your phone. Speaking of which, the RC can hold any reasonably-sized phone, but would need some type of adapter to hold a full-size tablet.

The drone itself is incredibly light, thanks to a lean design (no collision avoidance, for example) and high-tech materials. As a result, it may feel a little less sturdy than a Mavic, but I think it will hold up about as well. One had a bad crash at the product launch and they were able to pick it up and keep flying. I’ll let you know what happens if I crash into something. The propeller arms are easy to fold and unfold, and the battery also comes out easily.

It’s fortunate the battery is easy to remove, as the microSD card is housed underneath it, in a retro-style holder reminiscent of smartphones from a few years ago. That’s definitely not as convenient as having a separate easy-loading slot, but since you’ll probably be swapping the battery between flights anyway, it’s not too much of an issue. As always I recommend having a second card handy and putting it in the slot when you take the first one out. That avoids the troublesome error of accidentally sending the drone on its mission without a card.

Test-Flying the Parrot Anafi Against the Mavic Pro

The Anafi is certainly easy to fly, with operation very similar to a DJI Mavic. I found it slewing somewhat more, and not holding position quite as well as my Mavic Pro drones. So I shot a test video with the two drones side by side for you to judge whether it bothers you. I kept the drones at slightly different altitudes so they wouldn’t crash into each other in case one of them wandered. The Anafi didn’t slew as much as it had on some of my other test flights, but it did move more obviously than the Mavic:

Test Video With the Mavic Pro and Parrot Anafi

Of course the real test is how well the camera works. So I sent both drones up to about 100 feet and had them capture 4K video with fairly generic settings (TrueColor for DJI and Natural for the Parrot). This video is a side by side with the Mavic Pro on the left and the Parrot Anafi on the right. I thought I had them far enough apart, but check out what happens starting 15 seconds into the video:

To my eye, most of the differences between the two videos is a color rendering choice provided by the settings. Either one could replicate the color of the other. I did think that the Anafi video wasn’t quite as detailed, and when I turned on its HDR capability it had a little more noise. More concerning to anyone who wants to shoot pro-quality footage are the limited options on the Anafi. You can shoot in a log color space (called P-Log, but my D-Log LUTs seem to work with it), but it doesn’t have specific sharpness, color, and contrast sub-settings. Speaking of HDR, its native 4K HDR video mode is one of the unique features of the Anafi. The final result definitely looks good, but it does have that signature “HDR look.”

At first I worried about the Anafi’s lack of obstacle avoidance, but thinking back over my time flying my Mavic Pro drones, only having it in the front is of limited use when filming, as much of the time you are moving sideways or backwards. And it would have been very difficult to put all-direction obstacle avoidance in the Anafi and keep a competitive price point.

Promising, but Room for Improvement

The biggest concern I have flying the Anafi is that I’m not completely confident it will stay where I put it when hovering. Hopefully that will continue to improve with updated firmware. Also, it really needs an automatic action to capture spherical panoramas. Even for those of us willing to do stitching later, capturing the nearly 100 images for a quality full-spherical panorama manually is painful. Fortunately Parrot will be providing an open source SDK, like they have with their other drones, so even if they don’t write the app, hopefully someone will.

Speaking of the app, the current version is still a little rough. I couldn’t find a way to show distances in feet, rather than meters, for example. And changing video modes stopped recording, which is awkward. Video settings also didn’t always stick. When I switched out of and back to 4K, for example, it didn’t remember my preference for P-Log capture. Settings for sharpness, contrast, and color are also missing. Hopefully issues like these will get addressed.

What you do get with the Anafi is a super-easy-to-fold-and-unfold drone that you can launch from your hand if you want, and some unique features such as lossless digital zoom with a Dolly Zoom option. Parrot has also talked about an impressive automated 3D mapping mode, but it isn’t currently in the software. I’ve also barely scratched the surface of its various videographer-friendly camera modes, like Slow Motion and Hyperlapse. I look forward to experimenting more with them as part of a future article on some advanced drone photo and video techniques. In the meantime, the bottom line is that it is great to see some real choice in the portable “flying camera” drone market. 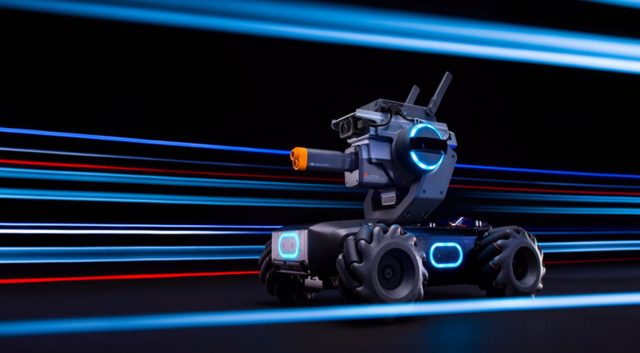 If you've always thought you could out-drive, out-shoot, and out-program the teams competing in various battling robot contests, DJI's RoboMaster S1 will give you your chance — if you have the budget. 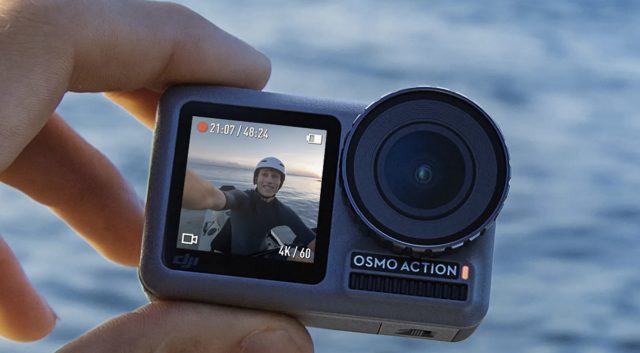 DJI has attacked GoPro's Hero camera line head on with its new Osmo Action camera. We took one to Alaska and put it through its paces. 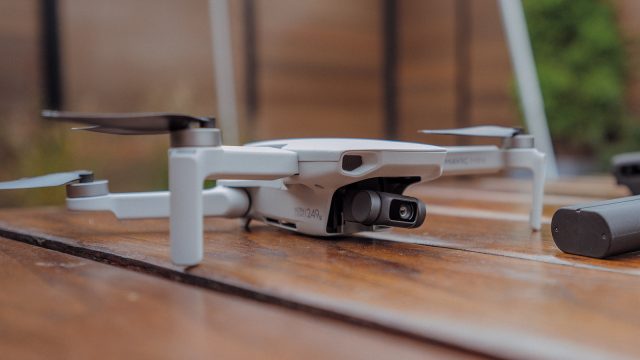 DJI's newest and smallest Mavic, the Mini, looks like its bigger siblings and has a greatly reduced price. We put one through its paces to see if it lives up to the value proposition of other models in the family.