Lenovo’s ThinkPad X1 models have long been a favorite of those looking for high-performance laptops suitable for workhorse use but with a touch of style. Its new 6th generation X1 Carbon and 3rd generation X1 Yoga continue with that trend. Both are equipped with the latest in CPU, display, and storage technologies, but have some important differences. I’ve been switching back and forth between the two of them for the past few weeks getting a good sense of how they compare in regular use.

Display configurations are also fairly similar, including options for either a 1080p or 2560 x 1440 IPS display in both a 300 nit and brighter 500 nit version. However, the Carbon makes multi-touch an option, while it’s standard on the Yoga. Both units have a generous supply of ports — 2 USB 3.1 Gen 1, 2 USB 3.1 Gen 2 / Thunderbolt 3, HDMI, a headphone jack, and an SD card reader. There is also a connector for an external Ethernet dongle. LTE is a factory-installable option for both models.

The biggest difference in specs between the two is their size and weight. The Yoga, because of its full 360-degree hinge and active stylus support, is about a 1/2-pound heavier at 3.08 pounds versus 2.49 pounds for the Carbon. It is also a 1/2-inch deeper, as well as a bit wider and thicker. The Carbon sports a slightly larger battery at 57 Wh versus 54 Wh for the Yoga, but Lenovo claims a similar battery life of up to 15 hours for both models.

Using the Carbon and Yoga as Laptops

I really enjoyed using both of these units as travel laptops. Both have a slightly smaller display than my own Dell XPS 15, but that was more than made up for by the smaller size and two-pounds-lighter weight. For heavy lifting in Photoshop I missed the discrete GPU in my XPS, but for most usage, the integrated Intel 620 graphics provided plenty of power.

Running PCMark’s Work and Creative benchmarks showed my top-of-the-line X1 models to measure up really nicely compared with my own 2017 Dell XPS 15, with similar scores. Some of that is the newer CPU and SSD-interconnect in the X1, but some also appear to be because the XPS 15 did a lot more throttling, which affected both its overall CPU performance and probably the added benefit of its Nvidia GTX 1050 GPU. The screens also look every bit as good as the Dell, although they are not full 4K, and might have a slightly smaller color gamut.

Using the X1 Yoga as a Convertible

Business users will appreciate the integrated fingerprint reader, ThinkShutter for the camera, and TPM chip. Lenovo also provides its Vantage app, a system utility that does a good job of helping you diagnose and update the system. I was easily able to update the BIOS on both systems using Vantage. In the past, Lenovo has been criticized for including bloatware and worse on some of its laptops, but I didn’t find any evidence of that with these models. There are some shortcuts to FTP games, but they don’t seem to be pre-downloaded, so they can simply be deleted as desired.

Is a ThinkPad X1 the Right Laptop for You?

If you don’t need a monster screen like you can get in a 4+ pound 15-inch laptop, or searing gaming performance from a discrete GPU like you can get with a Razer or similar models, the ThinkPad X1 covers just about everything else you could want: top-of-the-line current CPUs, excellent displays, tried and true ThinkPad keyboards, Windows Hello support, and up to 16GB of RAM and 1TB of high-performance SSD. Of course, if you need even more memory or storage, then you may want to start looking at portable workstations. 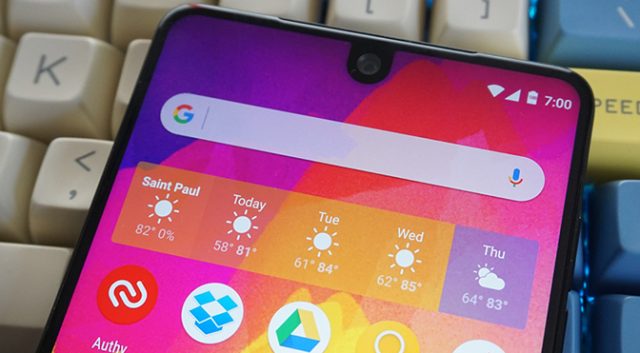 The Essential Phone Will Skip Android 8.0 and Go Right to 8.1

There have been three releases of the Oreo beta so far, but Essential says it's identified several stability issues that have been difficult to solve.