NASA’s Opportunity rover has been rolling around the surface of the red planet for an amazing 14 years. The rover’s expected operational life was a mere 90 sols (about three Earth months), but it just kept on going. It’s looking increasingly likely that the planet’s global dust storm has ended the improbable run of Opportunity. As the storm begins to clear, there’s still no signal from the rover.

Opportunity uses solar panels to keep its batteries charged, and that’s a problem when the atmosphere is thick with dust. The newer Curiosity rover was also swallowed up by the dust storm, but it has a radioisotope thermoelectric generator (RTG) to generate power from a chunk of radioactive material. NASA knew things were going to get rough for Opportunity as soon as the dust storm began morphing into a global event.

In May, NASA shifted Opportunity into a low-power mode in hopes of conserving enough power to keep it active through the storm. The plan was for Opportunity to check in with NASA every week or so, but the rover dropped off the map entirely in June. NASA reported at the time that Opportunity most likely entered failsafe mode, which disables everything except for the mission clock. There isn’t even power for the rover’s heaters, which prevent damage to the battery from the chilly Martian environment. In its last check-in, the rover reported dangerously low internal temperatures.

In a best-case scenario, Opportunity could begin collecting light when the storm clears and turn itself back on. However, there could be dust covering the solar panels, or the cold might have irreparably harmed the battery. Unfortunately, that hasn’t happened. The storm is clearing, but there’s still no word from the rover.

Michael Staab of NASA’s Jet Propulsion Laboratory told Space.com that the team is getting worried Opportunity might not come back. “This is the first time she [Opportunity] has stopped talking to us and not resumed communication when we expected,” he said.

All hope is not lost, though. Opportunity could merely have only part of its solar panels exposed to sunlight, which means a much longer recharge cycle. It could hit acceptable levels any day now and make contact with mission control. In the meantime, the NASA team has reportedly started playing inspirational music to keep spirits high. Favorites include “Here Comes The Sun” and “Wake Me Up Before You Go-Go.” 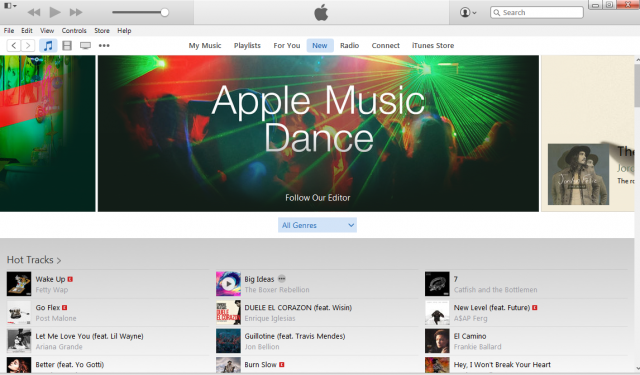 Apple May Break Up iTunes, Clearing Path to Dispose of Hated Application

There are hints that Apple is working on new apps for content management — and that could mean iTunes, at long last, is headed for the exit. It won't happen overnight, but maybe it'll finally happen, period.