AMD has added two new mobile CPUs to its existing Ryzen Mobile lineup, and the new chips are intended to drive higher-power systems and experiences. Up until now, all of the Ryzen Mobile chips have been U-class parts designed for a nominal 15W TDP (AMD supports higher TDPs as configurable options).

The new CPUs offer significantly higher base clocks at the cost of significantly higher TDP. AMD, like Intel, defines its TDPs based on stock clock, which is why raising the base clock by a gigahertz+ relative to the original U-series parts has had such an impact on TDP. The relationship between CPU power consumption and clock speed tends to be roughly linear at constant voltage, but once higher voltages are required, power consumption bends upwards sharply. That’s why AMD is able to hit relatively low TDPs with reduced base clocks, and why bringing the clock up drives such a significant increase in TDP. It’s also why Intel’s quad-core mobile CPUs have low base clocks as well.

The chart above shows how the new cores compare to the older CPUs. If you’re thinking about one of these CPUs in a mobile gaming rig — assuming any OEMs build one — the higher base clocks and TDP envelope should be useful for any discrete GPU scenario. Giving the core more thermal headroom is the best way to ensure high levels of performance in gaming, especially in an extended gaming session.

The GPU improvements, on the other hand, are much more modest. With 11 Vega compute units, the 2800H is better loaded than the 2700U, but memory bandwidth, not core counts, are the primary factor pulling down Vega’s performance in mobile. The 2800H and 2600H do feature formal support for DDR4-3200, however, which is worth some additional performance. The 2700U and other 15W CPUs only formally support DDR4-2400. 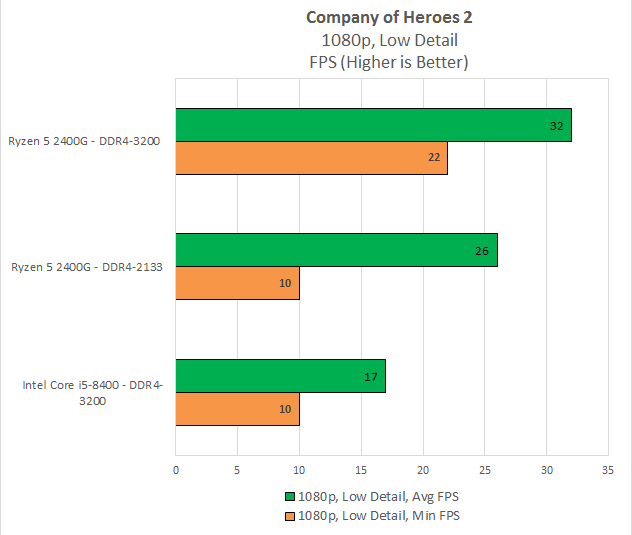 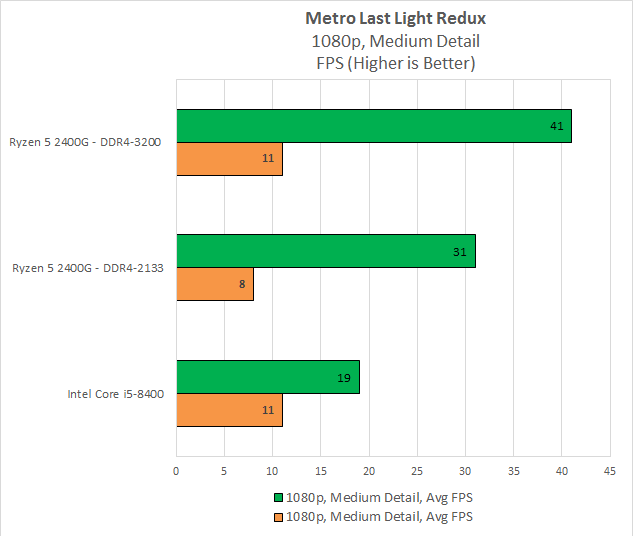 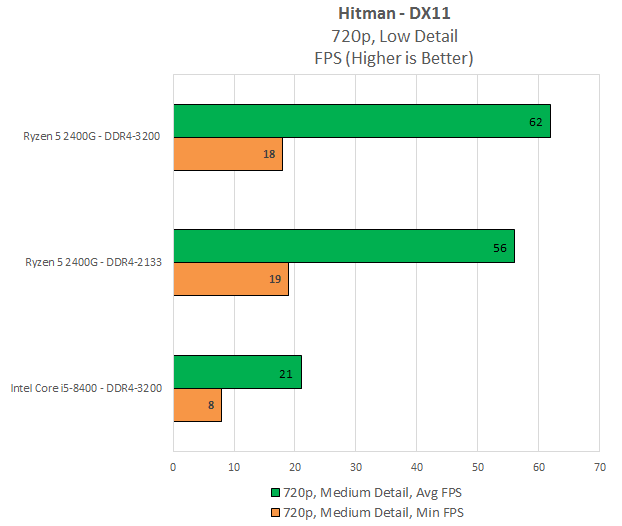 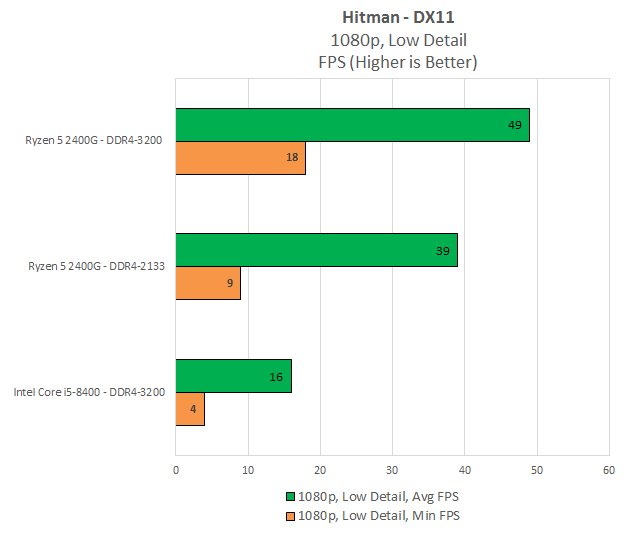 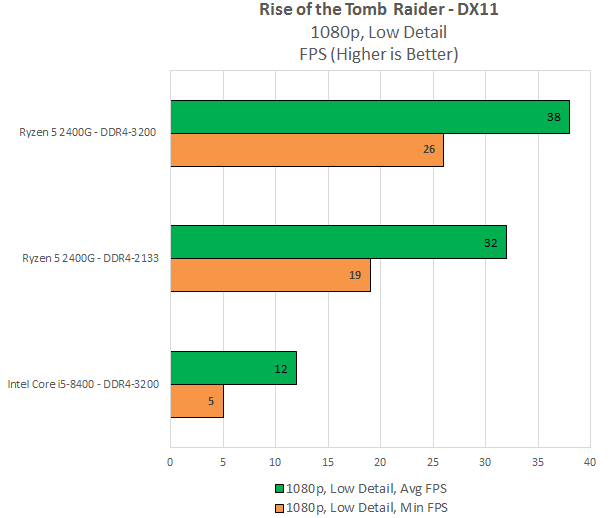 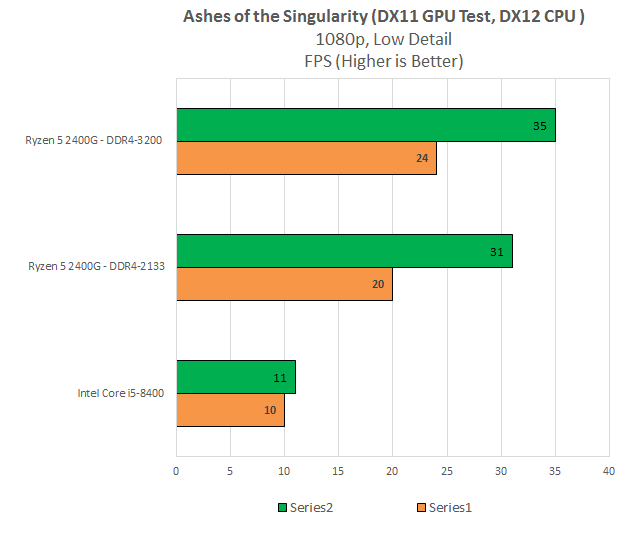 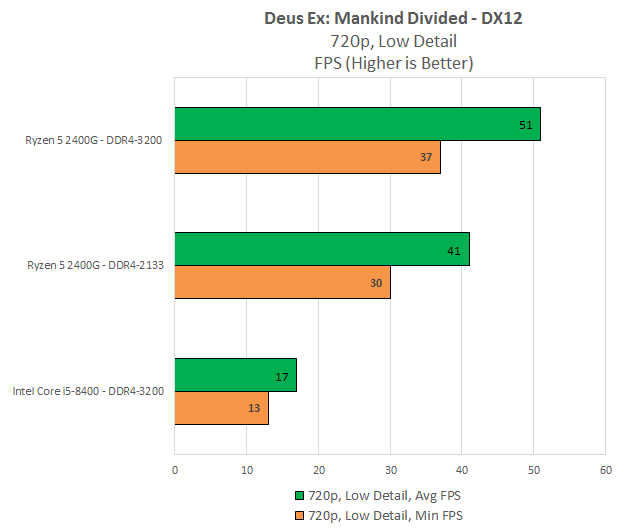 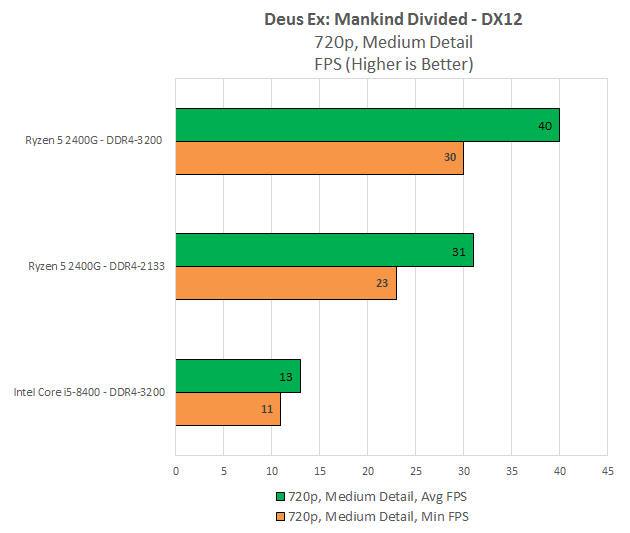 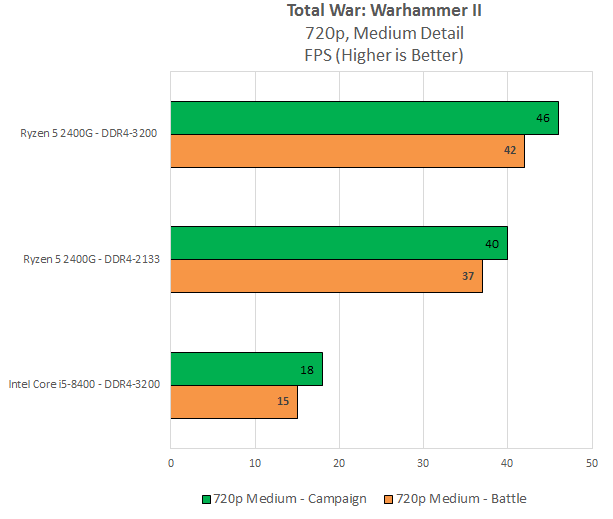 Our cumulative desktop tests showed average frame rates improving by 1.2x when moving from DDR4-2133 to DDR4-3200, while minimum frame rates improved by 1.37x. We would expect a slightly smaller (but still significant) improvement in this case. While the CPUs have quietly slipped into market, we haven’t heard of any OEMs announcing design wins, and a shift to a 45W chip would require new chassis validation — these parts won’t just slip into 15W form factors. Still, Ryzen Mobile has been picking steam lately and these new parts may help AMD take some market share from Intel if the latter’s CPU supply continues to be constrained through Q4 2018.