There are only a handful of places in the solar system that experience any kind of weather as we’d define it on Earth, and no single body that experiences the sheer range of conditions and events as we have here. Dust storms, for example, are only known to occur on Earth and Mars — but now, we’ve picked them up on the moon of Titan as well.

Titan, Saturn’s largest moon, is intriguing to astronomers and scientists because it represents a partial snapshot of what conditions on the early Earth might have been like, albeit at dramatically lower temperatures. With its thick atmosphere, Titan has a methane cycle instead of a water cycle, with liquid hydrocarbon lakes on its surface. Its surface features are shaped by rain and wind. There’s no sign of plate tectonics, but scientists have identified structures that might be cryovolcanoes, implying that Titan’s geological history has been shaped in part by icy jets of frozen material rather than magma from the planet’s mantle or core. And now, scientists have picked up evidence of dust storms for the first time, making Titan the third location (apart from Earth and Mars) to be known to feature these types of storms.

These findings are courtesy of Cassini, which may have dropped into Saturn some years ago but is still contributing to our larger knowledge of the cosmos. Titan is the only body in the solar system beyond Earth where liquid rain and pools of fluid are known to exist on the surface. As the sun warms the moon, particularly around the equinox, it can create tremendous storms. By studying the storms, researchers gradually determined that they had features that made it impossible for them to be ground-based phenomena. They were focused in the area directly over Titan’s equatorial belt of sand dunes, implying the new features are directly tied to the dunes beneath them.

“We believe that the Huygens Probe, which landed on the surface of Titan in January 2005, raised a small amount of organic dust upon arrival due to its powerful aerodynamic wake,” said Sebastien Rodriguez, an astronomer at the Université Paris Diderot, France, and the paper’s lead author. “But what we spotted here with Cassini is at a much larger scale. The near-surface wind speeds required to raise such an amount of dust as we see in these dust storms would have to be very strong — about five times as strong as the average wind speeds estimated by the Huygens measurements near the surface and with climate models.”

Finding dust storms on Titan implies the surface is regularly remodeled by surface erosion as well. Liquid erosion has previously been thought to be quite slow on Titan, but the methane dust clouds being blown around on the surface should still play some effect on shaping the geography of the moon. We’re still teasing out the various forces that shape the cold world. It’s thought that Titan’s thick atmosphere cuts the number of impact craters on the surface by half by slowing objects as they enter the atmosphere, but exactly how quickly erosion takes place or how much a part equatorial dust storms play in the process is still unknown.

Despite its phenomenal differences from Earth, one can argue that Titan — with its atmosphere, surface liquid, and weather patterns — is, overall, the closest object to Earth in the entire solar system. Finding massive dust storms just further emphasizes how much alike our respective worlds are. 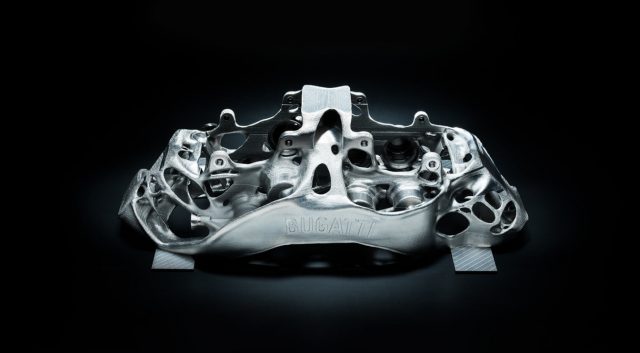 Luxury car manufacturer Bugatti isn't printing with just any metal — no, Bugatti wants to make new brake calipers for its current $2.7 million supercar by 3D printing the parts in titanium. 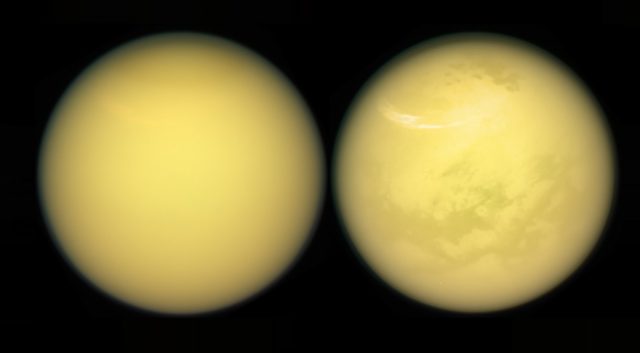 NASA just released the most startling and gorgeous shots of Titan yet — and the first to truly peer beneath the murky hydrocarbon haze across the planet.