Bungie and Activision have decided to go their separate ways, with Bungie retaining control of the crown jewel in its own empire (and the publishing rights).

“We have enjoyed a successful eight-year run and would like to thank Activision for their partnership on Destiny,” the company writes. “Looking ahead, we’re excited to announce plans for Activision to transfer publishing rights for Destiny to Bungie. With our remarkable Destiny community, we are ready to publish on our own, while Activision will increase their focus on owned IP projects.”

Activision apparently required a commitment to an annual launch cycle for the game, which in turn forced Bungie into development constraints that the company apparently wasn’t happy about, according to Kotaku. It’s been evident for some time that there might be tension between the two companies; Activision took the unusual step of telling the public it wasn’t happy with Destiny 2: Forsaken’s sales back in early November. At the time, the public announcement was seen as raising questions about the future of the game.

This news was well-received among Bungie employees, with champagne corks popping and cheers at the announcement, the report said. Activision has been on a cost-cutting spree of late, including disquieting reports of cost cuts at Blizzard that could impact future game development. It’s not clear how this transition will impact the other two studios at Activision that assist with Destiny development; no announcements have been made about the future of High Moon and Vicarious Visions.

Taking on the challenge of publishing Destiny will be a new experience for Bungie, which will also find itself without a fairly convenient scapegoat. Gamers rarely need much reason to hate on Activision or Bobby Kotick, even if the former has managed to avoid being treated with EA-levels of disdain.

The market, at least, is anything but excited by this news. Activision Blizzard stock fell by 7 percent in after-hours trading on the NYSE. The company has been losing executives of late, with Blizzard CFO Spencer Neumann departing for Netflix and Blizzard CFO Amrita Ahuja taking on a new job at Square (the mobile payment company, not Square Enix the developer). Destiny 2 will remain on Battle.net, at least for now, while Activision retrenches to work on its own native IP, like Call of Duty. This could indirectly bring even more pressure to bear on companies like Blizzard, given that Activision is shedding major franchises and will be looking for revenue sources to replace them. 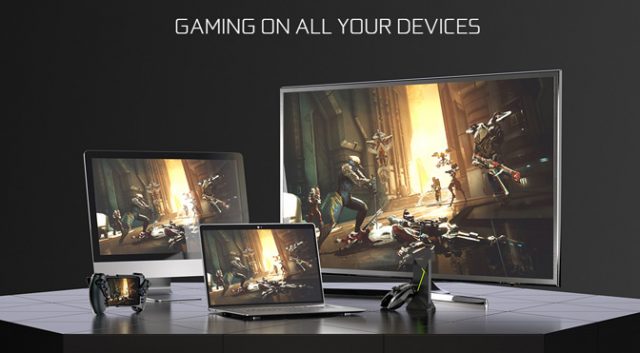 After years of struggling to make its game streaming service a reality, Nvidia finally launched GeForce Now earlier this month. One of Nvidia's main selling points was that players would be able to bring the games they already owned to the service. However, there's already a wrinkle in that plan.