No Man’s Sky didn’t really launch so much as arrive half-dead and barely breathing. The game completely failed to deliver on its launch premise, quickly becoming a poster child for over-promising and under-delivering. Alternate titles like “One Man’s Lie” were coined, illustrating exactly what the game community thought of Hello Games’ CEO and leader Sean Murray. Given this inauspicious beginning, the smart money was on No Man’s Sky folding and failing, one more over-hyped title in a sea of them.

Then, a funny thing happened. No Man’s Sky started improving. Bit by bit, Murray and Hello Games have rolled out refinements and quests and improved the crafting and exploration systems. The game still relies heavily on procedural generation, but there’s a lot more there, there.

(Note: I don’t play NMS myself, but my significant other became enamored of the game at Christmas and has played extensively. I’ve over-shouldered her and covered the title throughout its release and update cycle.)

Reporters recently got a chance to spend some time with the upcoming Beyond update and the news from those who got to try it is quite good. Hello Games plans to introduce three major new features with its update: MMO characteristics, VR support across both PlayStation and PC, and…

Well, that’s all we know for now. Hello Games is sitting on that third feature. When pressed for information, Murray laughed and said: “We’ve been through a thing where we’ve learned very much not to say things until we’re absolutely sure of what we’re doing.”

VR is a great fit for NMS, with well-mapped controls and a new method of teleporting from place to place to avoid VR-related nausea, according to Engadget. Flying a ship is reportedly an “absolutely fantastic” feeling. All the work Hello Games has done to improve the game over the past 2.5 years has obviously paid off — according to Murray, players now spend an average of 45 hours with NMS, up from 25 hours at launch.

I don’t know that I’ll ever get into NMS, but I’ve got to salute Hello Games for bringing their own baby back from the dead. Whether it captures your fancy or not, No Man’s Sky is clearly a vastly different — and far superior — game from when it launched 2.5 years ago. 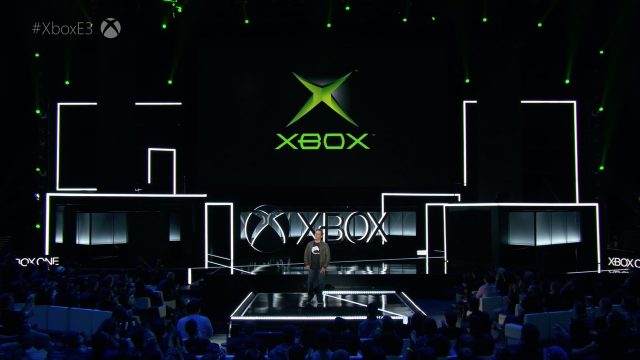 Microsoft May Be Mulling a Major Studio Acquisition, Possibly Even EA

Microsoft has a problem with console exclusives and it's thinking about picking up a studio or two to help out — including, believe it or not, EA.