Intel’s Raja Koduri will present a video session titled “1000x More Compute for AI By 2025” at the upcoming Samsung Advanced Foundry Ecosystem (SAFE) conference. The significance of this is lost on nobody: You don’t show up on someone else’s stage — especially not a competitor’s — unless you’re sending a message. In this case, said message may include details on how Intel and Samsung will be partnering together in the future.

Intel’s CEO Bob Swan alluded that something like this might be happening soon during Intel’s Q3 2020 conference call last week. Asked a question about the company’s near-term plans when it came to using client foundries versus its own manufacturing, Swan first identified Intel’s three core criteria for evaluating whether or not it would tap a client foundry based on schedule “schedule and schedule predictability, product performance and economics with supply chain.”

So the criteria are relatively simple and we’re evaluating each one of those kind of as we exit 2020 and really early 2021, because that’s the time that we’ll have to make the determination as to whether we’re buying more 7-nanometer equipment or whether a third-party foundry would be adding that capacity. So we’re going through this process really looking at our capabilities others’ capabilities around those three fundamental criteria.

I would say since the last time we spoke, our 7-nanometer process is doing very well. I mean, last time we spoke we had identified an excursion. We had root caused it. We thought we knew the fix. Now, we’ve deployed the fix and made wonderful progress. But nonetheless, we’re still going to evaluate third-party foundry versus our foundry across those three criteria. And the call will be towards the end of this year early next year.

Pair this paragraph with a statement Swan makes in his opening statement on the call: “We have another great lineup of products in 2022 and I’m increasingly confident in the leadership our 2023 products will deliver on either Intel 7-nanometer or external foundry processes or a combination of both.”

I think it would be a drastic exaggeration to imply Intel is laying the groundwork to get rid of its fabs at the present time. What’s more likely is that Intel is admitting it’s going to be building some significant chips with companies such as TSMC and Samsung, while simultaneously attempting to reassure investors and customers that building hardware at a different foundry isn’t the kiss of death for Intel’s own business.

In the short term, the company is probably right about that. While it would be unprecedented for Intel to move significant amounts of its leading designs over to other foundries, doing so might let Intel transition over to a new node more quickly, or repair its own designs more aggressively, since there’d be less need to operate the factory at full production while simultaneously upgrading it. The nature of the foundry business is that customers come and go.

Intel’s stock has been shaky since this call last week, with most of the blame placed on its data center segment performance. To my eye, this section of the transcript was a much bigger deal. If this deal helps Intel reach competitive parity with AMD more quickly and simultaneously allows it to focus on fixing its 7nm problems while developing a 5nm process, it’ll be hailed as a great decision. If it doesn’t, Intel may itself be driven from the cutting edge. I think that’s still more unlikely than likely, but it’s definitely on the table in a way it didn’t used to be.

Also, a 1,000x increase in AI performance would be incredibly useful for a lot of different reasons, so if Intel can deliver it, I’ll happily take it. 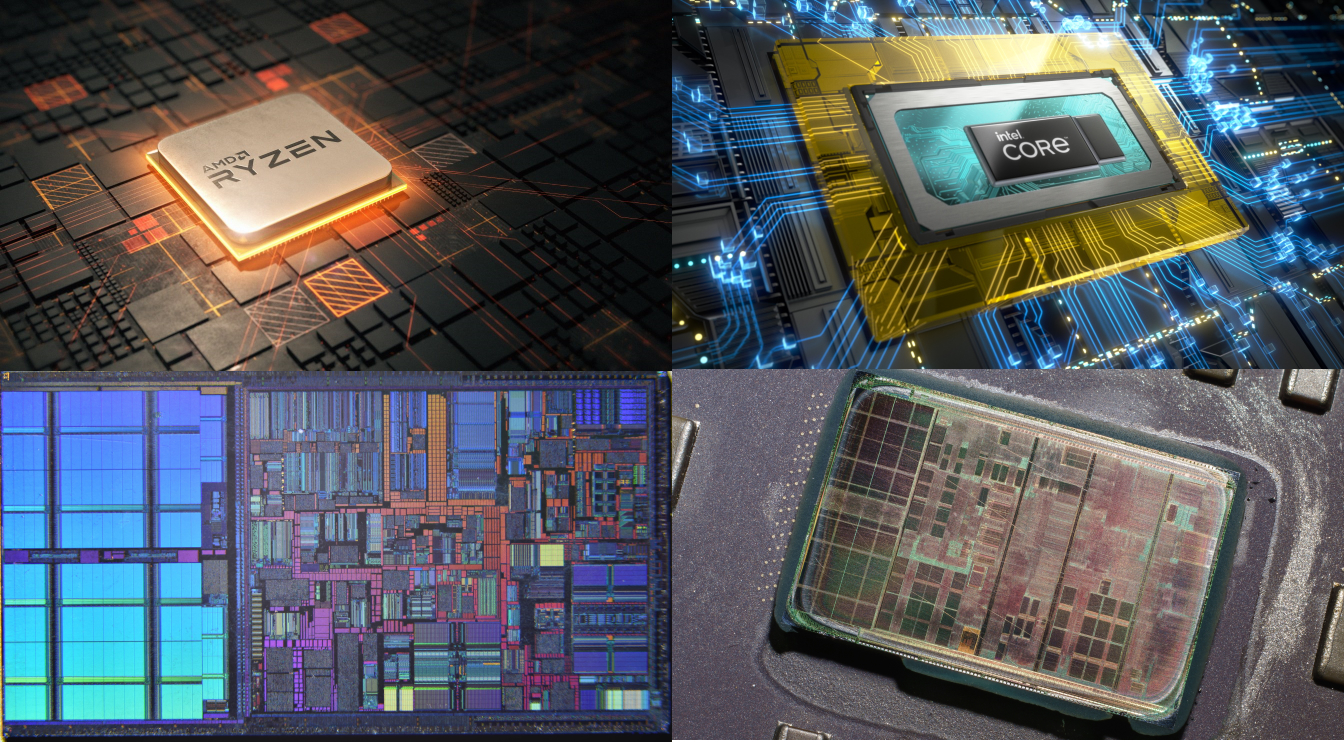 Intel’s CEO is Wrong About AMD

Pat Gelsinger is an able executive and a good choice to helm Intel, but he probably won't be leaving AMD in the rearview mirror any time soon.