Intel’s CEO Bob Swan is out the door in a surprise move by the CPU giant, one that raises some interesting questions about what may happen on the upcoming Q1 conference call. Going forward, Intel will be led by its onetime chief technology officer Pat Gelsinger.

Gelsinger left Intel in 2009 and worked at EMC until 2012. From 2012-2020 he served as the CEO of VMWare. Gelsinger is a longtime Intel veteran, having served as the lead architect for the 80486 and served as the company’s first CTO. Bringing Gelsinger back to the company sends a message about Intel’s overall seriousness about returning to its engineering roots. It may also imply unhappiness with whatever new manufacturing strategy Swan will announce for Intel on its upcoming conference call.

This last, to be clear, is pure speculation on my part, but it would make some sense. Intel promoted Bob Swan to the job after it fired Brian Krzanich for a consensual relationship with an Intel employee that violated company policy. During his short tenure, Swan has presided over the most momentous business decision Intel has made in decades — namely, whether Intel should begin outsourcing some leading-edge work to rival foundries or forge ahead with attempting to fix its own nodes.

Swan gave interviews as recently at this week in which he discussed Intel’s manufacturing strategy going forward in broad terms. While he gave a little more detail on the types of solutions Intel has considered, he didn’t say anything inconsistent with what he’s said before. According to Swan, Intel has decided to put every option on the table in terms of considering where it will build which chips. In the future, Intel may license process nodes from other foundries, or pay other companies to build its CPUs, GPUs, and other products.

While Intel has used foundries like TSMC for years, Swan’s comments this summer — made when he announced further delays to Intel’s 7nm — broadened the scope and nature of the foundry deals Intel was willing to consider. Intel’s 10nm node has steadily improved and appears to be yielding much better than 12-18 months ago, but the company has already said 7nm wouldn’t be ready until 2022, best-case.

It’s possible that Intel is replacing Swan because it’s unhappy with his recent tenure or wants someone to hold accountable for its ongoing problems, even though those issues pre-date Swan’s tenure as CEO by several years. It’s also possible that Intel wants to signal that it’s turned a page on its own troubles by bringing in a trusted executive to right the ship.

Multiple sources have pointed out the letter Intel got from an activist investment firm last month as a potential motive for this move. While it’s possible the letter had an impact, we think it unlikely to be the principal reason. There have been rumors that Swan might be replaced for some months now, and the optics of Intel considering TSMC or Samsung for leading-edge manufacturing is a significant enough blow to the company’s historic position that it’s not surprising to see the CEO replaced.

Intel reports its Q4 2020 and full-year results on January 21, 2021. The tone and nature of the company’s disclosures and plans for future manufacturing will tell us more about why Swan was replaced and what direction Intel will be taking in the future. 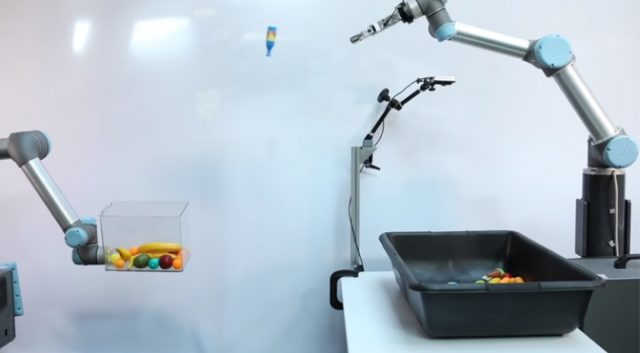 Google AI researchers have built a simple robot arm that understands the physics of tossing objects, which is more impressive than you might assume.