Some days, it feels like humanity is doing everything it can to hasten the end of the world, from creating weapons that can turn Earth into a nuclear hellscape to pumping formerly sequestered carbon into the atmosphere at ever-increasing rates. Still, these are things we as a species could stop doing if we wanted. We can’t just decide not to get wiped out by an asteroid. Stopping a big space rock from colliding with Earth would be a tall order with our current level of technology, but scientists now believe telecom satellites could help avert doomsday if an asteroid has Earth in its sights.

Ideally, astronomers would see an asteroid collision coming many years in advance, giving us time to develop a strategy for deflecting it. What happens if there isn’t much time, though? Assuming Bruce Willis is unavailable, a few big satellites might do. A team of scientists from Airbus has developed a mission concept for the European Space Agency (ESA) called Fast Kinetic Deflection (FastKD). The gist is that we run a few big telecom satellites into the approaching space rock, and hopefully, that knocks it off course.

The FastKD study used a 1,000-foot asteroid as an example. An object of this size would cause widespread destruction if it collided with Earth, but it’s still small enough that we might be able to nudge it out of the way. Large telecom satellites usually sit in high geostationary orbits. With a boost in the right direction, such a satellite could be placed on a collision course with an approaching asteroid where its four-to-six-ton bulk could help push it clear of Earth. The study estimates that it would take ten such collisions to deflect the theoretical 1,000-foot impactor.

But why use telecom satellites at all? FastKD imagines a troubling scenario in which we only have a few years of warning. A deflection mission might take six to 18 months to reach its target, leaving humanity very little time to do the necessary engineering to get a dedicated asteroid deflector into orbit. Telecom satellites, on the other hand, are big, heavy, and always available. In 2019, there were 15 suitable satellites in orbit.

This is all still speculation — having only examined a few asteroids up close, we don’t know how they would behave when hit with an impactor. There’s evidence that many asteroids could be more like floating rubble piles, which would make deflection much more difficult. We should have a better handle on our options next year when the upcoming Double Asteroid Redirection Test (DART) spacecraft (above) approaches the double asteroid Didymos. DART will launch a 1,100-pound impactor at the smaller of the two rocks (sometimes called Didymoon) to see if the 500-foot object changes trajectory. This could serve as validation or refutation of the FastKD plan. 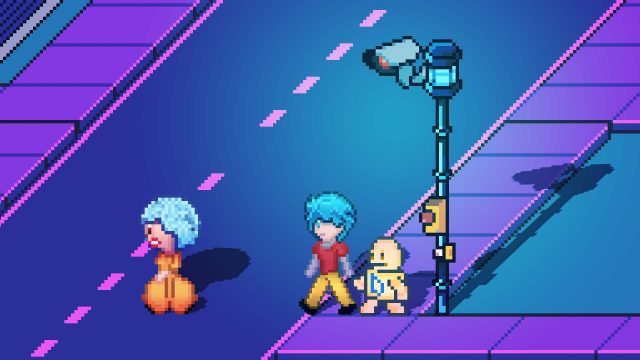