Animal muscles are jam-packed with proteins, which is why eating muscle provides so much dietary protein. The most common muscle proteins are myosin and actin, both of which are essential to the motor functionality of muscles. Right behind myosin and actin is titin, the largest protein known in nature. There’s a little over a pound of it in your body right now. Titin is essentially a molecular spring that gives muscles passive elasticity. It’s that property that made it the focus of new research from Washington University.

To make large amounts of titin, the team turned to engineered bacteria. By introducing the genes for titin into the genome of E. coli bacteria, it’s possible to hijack the cell’s molecular machinery to produce what you want. The same recombinant DNA techniques can also produce useful molecules like insulin, but insulin is tiny compared with titin. The team had to get creative to make titin production possible in bacteria. In nature, titin would only appear in eukaryotic (animal) cells.

The engineered bacteria are able to produce small segments of titin with their molecular machinery. Next, the cells link those segments together into long titin polymers, resulting in fibers about 50 times larger than the average bacterial protein. The team used a “wet spinning” process to collect the titin fibers, which are about 10 micrometers in diameter — thinner than a human hair but much stronger.

Because the titin fibers harvested from this process are even stronger than Kevlar, the team has speculated they could be used for protective clothing. There could also be medical applications like biocompatible sutures made from titin. They might also find use in soft robotics, taking over from less durable synthetic materials. The researchers believe this same polymerization strategy could be used to produce other large molecules in engineered bacteria, too. 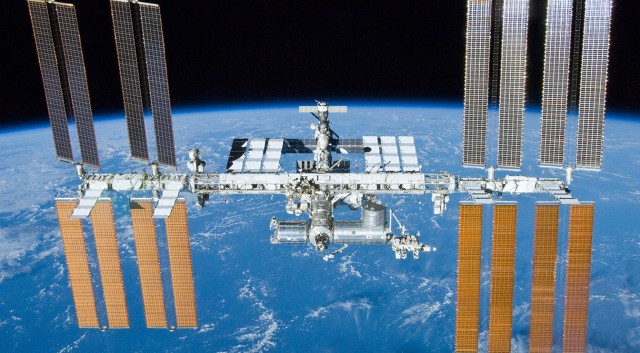 Research headed by Elisabeth Grohmann of Beuth University of Applied Sciences Berlin shows that a new antimicrobial substance could eliminate bacteria on surfaces. Surfaces like the bathroom door.