Tardigrades are weird and cool, and full of superlatives and contradictions. For just one example: the way tardigrades move is something special. They’re microscopic and soft-bodied, but they don’t yeet themselves wildly around with flagella like Euglena — nor do they have ranks of oarlike cilia, like Parameciums do. Tardigrades actually have eight stubby little legs, with little claws at the ends.

New research into the physics of tardigrade locomotion has revealed that the way they walk has implications for robotics — and given us all a chance to watch everyone’s favorite weird little space beastie get its tiny, tiny groove on. Meet my new favorite tardigrade, who I’ve named Mister Zoom:

I don’t understand why these funky little wonders get described as “dumpy” and “plodding.” Look at him dootin’ along. He’s on rails and going places. Waterbears can put two body lengths a second behind them when they’re really moving, which is like a human doing a seven-minute mile. That’s no small feat for those tiny feet. As an added bonus, you can definitely sync the GIF above to Deadmau5.

If it was a little Uncanny Valley for you, though, that’s no coincidence. Where the similarity to actual bears ends is in the waterbear’s glassy-smooth gait. Vertebrates have a cadence to how they walk, and that cadence changes depending on speed. Think of the way a horse’s hoofbeats change rhythm when it accelerates from a walk through a trot to a gallop. But tardigrades don’t do that. They scuttle as spiders or centipedes do: Instead of changing rhythm, they just do the same thing, faster. “When vertebrates switch from walking to running, there is a discontinuity,” explained study author Jasmine Nirody, a fellow in Rockefeller University’s Center for Studies in Physics and Biology. “With arthropods, all stepping patterns exist along the same continuum.”

While it’s definitely cute and meme-y, the tardigrade two-step can actually teach us a lot; the researchers who captured the image of Mister Zoom were studying the movement patterns of waterbears as a window into the evolutionary history of “pan-arthropod motion.” But studying how these wee beasties move could actually be useful for robotics other than the eldritch horror that is dancing BigDog.

Because “soft-bodied walkers” are so rare, scientists may be able to take cues from the motion of tardigrades in order to better design robots that can operate at the microscale or on squishy terrain, or squeeze into small spaces without getting stuck.

“We don’t know much about what happens at the extremes of locomotion—how to make an efficient small walker, or how soft-bodied things should move,” Nirody says. “Tardigrades are an important porthole into soft-bodied, microscale locomotion.” 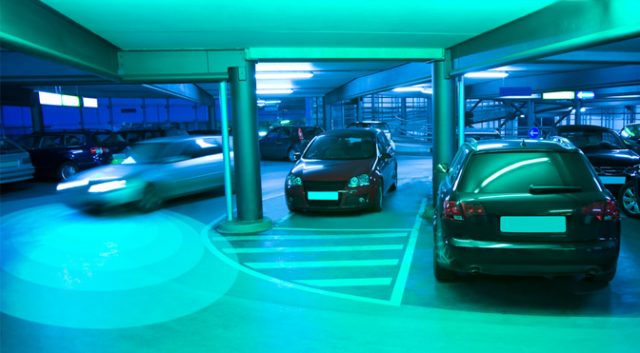 MIT Taught Self-Driving Cars to See Around Corners with Shadows

Researchers from MIT have developed a system that could help cars prevent collisions by, essentially, looking around corners. They call it ShadowCam.