After the bottom fell out of the cryptocurrency market earlier this year, there was some hope that GPU prices would drop back towards MSRP. That’s always been what happened in the past, and with October rapidly approaching, it’s been long enough for the impact of lower demand to be felt throughout the market.

At first, GPU prices followed a welcome path towards something approaching MSRP, but recent months have seen this trend reverse. After bottoming out around July 4 (AMD) and August 8 (Nvidia), prices began moving upwards again. According to new data from 3DCenter.de, GPU prices from both AMD and Nvidia increased again this month, with AMD a hair more expensive than Nvidia relative to MSRP.

3DCenter.de is a German site and, as such, its pricing and availability don’t automatically map to the United States. But a quick check online shows that the situation is just as miserable here. GPUs like the RTX 3080 are technically available to order, but when you can buy one they’re frequently priced at $1,500 or higher. RTX 3080 Tis effortlessly clear the $2,000 mark.

It’s not clear how much of the current shortage is being driven by GPU sales versus how much might be caused by GPU retailers themselves. Newegg has been forcing end-users to buy hardware they don’t need or to pay for its computer-building service. The company does not appear to have terminated these requirements even after the power supplies it forced people to buy started causing fires, so the idea that it and other vendors might be slowing GPU entry into the market isn’t crazy. So long as the pandemic is ongoing and the GPU market is known to be running hot, consumers will expect higher GPU prices.

Of course, it’s also possible that availability has been low for other reasons related to backend production slowdowns or a shortage of raw materials. The combined impact of shortages and erratic supply schedules have made it impossible to tell. Nvidia and AMD have both made comments previously indicating that supply should have begun to improve already, but Nvidia now expects shortages to continue through at least this time next year. The fact that there are shortages doesn’t mean GPUs can’t approach MSRP — there’s such a thing as a modest price hike, or at least there used to be — but there’s nothing optimistic in the current data. We don’t know what impact this will have on the PC gaming market, long-term, but the longer this goes on, the more likely there will be one. 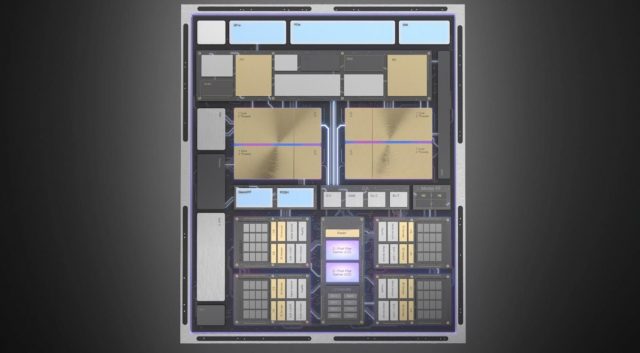 At Semicon West, Intel unveiled major advances in interconnect design, including new methods for combining EMIB and Foveros together.