The ESA/JAXA space probe BepiColombo made its first flyby of Mercury over the weekend and beamed back some excellent photos to mark the occasion. It’s a big milestone for the orbiter, which has been working its way toward Mercury since it launched nearly three years ago, on October 20, 2018.

While the probe has successfully performed a flyby, it won’t actually enter orbit until December 5, 2025 — assuming all goes well. The reason it’ll take BepiColombo so long to perform what ought to be a relatively quick jaunt is that despite being way down in the Sun’s gravity well, Mercury is actually really hard to hit. Successfully sending a probe into Mercury orbit requires that it match orbital velocity with Mercury — no easy task itself — without succumbing to the Sun’s gravitational influence and melting into slag in the photosphere. This flyby is the first of six. At the end, BepiColombo will be positioned to begin its actual science mission.

The probe has a payload of better than a dozen science instruments, including accelerometers, laser altimeters, plasma sensors, a dust monitor, visual-spectrum cameras, and spectrometers for every other EM band from gamma to infrared. In orbit around Mercury, BepiColombo will have to contend with temperatures “in excess of 350 C,” so it has to keep its solar panels at a low angle of incidence. Likewise, the instruments are mostly mounted on the “nadir side” of the spacecraft, to minimize the chance of solar interference or damage.

The spacecraft consists of two components: the Mercury Planetary Orbiter (MPO, built by the ESA), and the Mercury Magnetospheric Orbiter (MMO, built by JAXA). BepiColombo was actually named after Giuseppe “Bepi” Colombo, who proposed the gravity-assist maneuver that was used in the Mariner 10 mission of 1974. It has wound its way through the inner solar system as it slowly tracks inward. In April of 2020, it took its last close-up of Earth; six months later, the probe was buzzing past Venus in order to use the planet as a gravitational slingshot that makes it nearly effortless to get from Venus to Mercury. The probe completed its first Mercury flyby on October 1, 2021: what would have been Colombo’s 101st birthday. Colombo, I dare say, would be thrilled.

BepiColombo is intended to research the evolution of Mercury and its associated magnetic field. There are still questions about how Mercury formed. Its core is much larger than would typically be expected for a terrestrial body of Mercury’s size. There are a few main theories for how the tiny planet wound up with such a huge core. In the collision model, a planetesimal hit Mercury early in its formation, stripping away much of the crust and mantle, leaving a much larger core relative to the remainder of the planet (Mercury’s core is about 55 percent of its volume, compared to 17 percent for Earth).

A second explanation is that the Sun may have vaporized much of Mercury’s outer crust, while a third suggests that the lighter particles that would have otherwise contributed to Mercury’s long-term composition were blown away by the solar wind during the process of planetary formation. BepiColombo’s mission is specifically intended to investigate these three hypotheses, building on work performed by Messenger back in 2015. The probe will hang out in a polar orbit around Mercury, also exploring evidence of water ice from polar craters that are permanently in shadow. 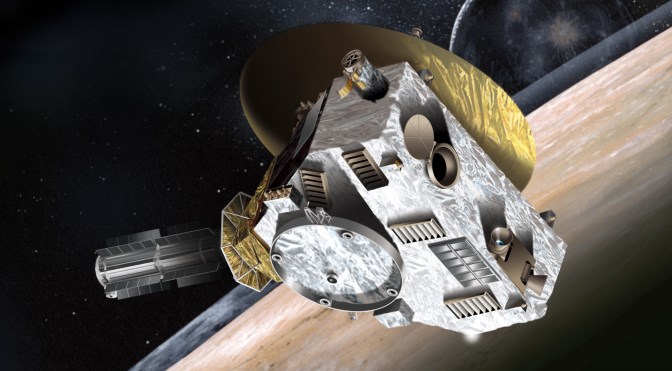