Update 2/25/22: Ukraine’s state nuclear regulator has announced a substantial radiation spike in the Chernobyl exclusion zone. Remote analysis shows dangerous emissions have increased about 20-fold, and some of the highest levels are in the area immediately around the power plant. Russia’s seizure of Chernobyl is already having an impact.

Radiation levels around the reactor are usually about three microsieverts per hour, less than a dental X-ray. However, sensors recorded up to 65 microsieverts per hour following the Russian invasion. That’s the equivalent of five transatlantic flights, according to the BBC. Ukranian authorities say the increased radiation is due to more vehicles and troops traversing the exclusion zone, kicking up radioactive dust in the process. If activity continues at Chernobyl, there could be increased radiation, but the opposite is true if Russian forces move on. There is currently no indication of damage to the NSC.

Russian forces are flooding into Ukraine today, following a declaration of war by President Vladimir Putin. Airstrikes began on Wednesday, and ground troops are beginning to carve up the border regions as they make their way toward the capital. There’s an extra layer of danger in this war that most don’t have: a failed nuclear reactor. Ukrainian authorities confirmed today that Russia has seized the decommissioned Chernobyl nuclear power plant, and that could have serious consequences for all of Europe.

The Chernobyl nuclear facility was brought online in 1977, and for nine years it operated without incident. Then, in 1986 a series of technical errors during a safety test set the No 4 RBMK reactor on a path to meltdown. An explosion exposed the reactor to the environment, scattering radioactive debris across the city of Pripyat. Fallout from the event slowly spread across Europe, which made it impossible for the USSR government to keep the incident under wraps.

In the decades since the reactor failure, the world has worked to decommission the reactor and contain the radiation. To this day, the general public is not allowed in the Chernobyl exclusion zone, but Russian forces are now in control of the region, and the Ukrainian government claims there was hard fighting as Russia pushed its forces out of the zone.

Back in 1986, USSR experts barely managed to extinguish the burning reactor before it melted down and contaminated groundwater, but the site will be dangerously radioactive for generations to come. Ukraine temporarily sealed Chernobyl with a shroud known as the sarcophagus, but that was replaced in 2016 with a structure called the New Safe Confinement (NSC). It’s the arched structure seen above.

The good news is that the NSC was built to stand for a century or more. It’s resistant against extreme weather, fire, and earthquakes. However, reports just last year suggested the fissile material inside the NSC is heating up again. It still contains about half of the original uranium fuel, now transformed into a radioactive sludge inside the remains of reactor 4. Ukrainian authorities were previously monitoring the neutron levels inside the NSC, watching as they doubled in the years since construction finished. Now, no one is watching those levels or checking for damage.

In general, having a war in the immediate vicinity of a failed nuclear reactor is a bad, bad idea. The original disaster only killed 50 people directly, but the UN estimates a further 4,000 around Europe died from exposure to Chernobyl’s radioactive fallout. It’s also possible that troops marching through the exclusion zone could encounter areas of high radiation. For example, places where graphite from the initial explosion landed can have radiation levels a thousand times higher than normal even more than 30 years later. Any activity in the region risks disturbing and distributing these dangerous particles to other areas, but that’s nothing compared to a damaged NSC — an ongoing leak from Chernobyl could be catastrophic.

It remains unclear what will become of Chernobyl as the war between Russia and Ukraine heats up. Authorities around Europe will no doubt be on the lookout for radiation spikes that could indicate damage to the reactor’s protective shield. We can only hope Russia ensures the integrity of the NSC. 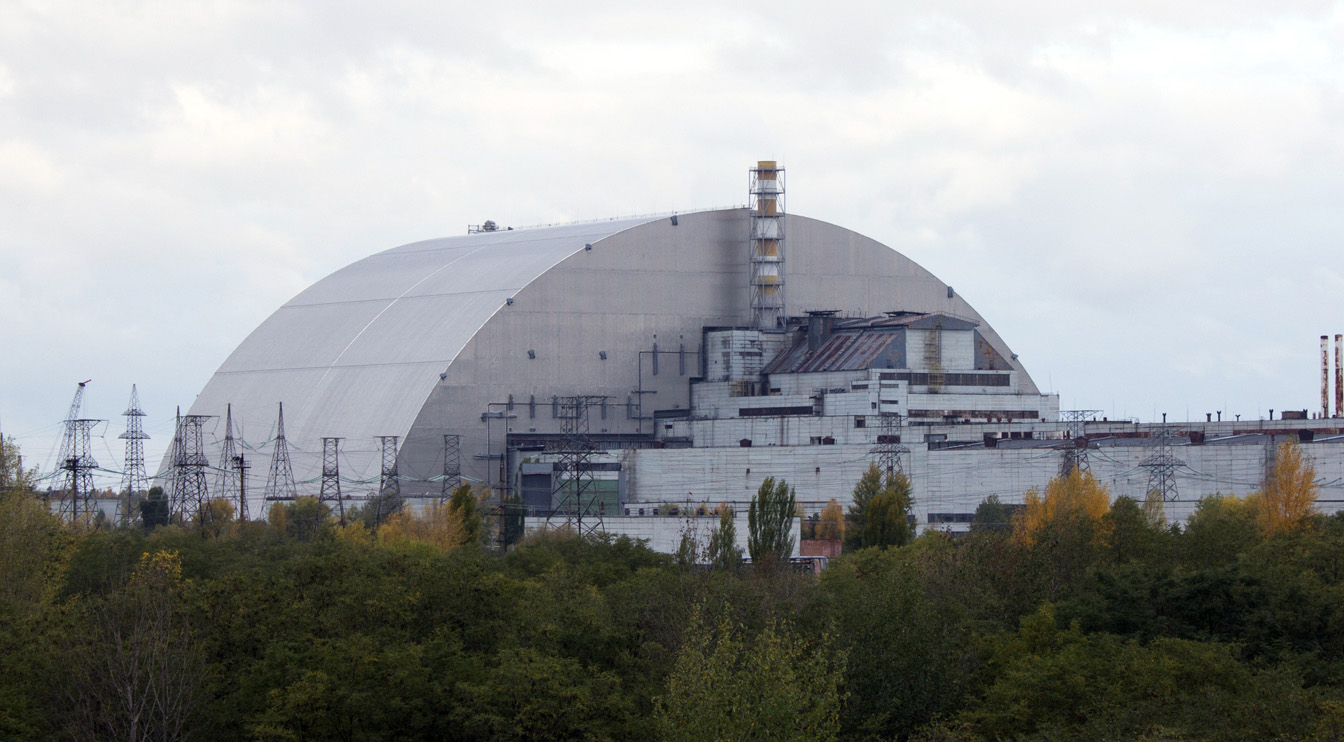 Ukrainian authorities have confirmed that Russia has seized the decommissioned Chernobyl nuclear power plant, and that could have serious consequences for all of Europe.