Since its launch in 2021, the James Webb Space Telescope (JWST) has knocked out every objective NASA set up for it. It’s fully unfolded, fully aligned, and patrolling the Sun-Earth L2 point at a balmy 6K. Now, NASA has released the first gorgeous, crystal-clear images from Webb. They compare what the Spitzer and Webb space telescopes each see when they look at the same spot in the sky. And the difference is astonishing. Webb’s clarity of vision makes Spitzer look like a VHS tape.

In a press conference Monday, Webb project scientists broke down the telescope’s mission milestones to date. And the news is all good! The shiny new telescope is in its final commissioning phase, calibrating and testing its instruments before it goes live. Last week, Webb began testing its delicate five-layer sunshield with a series of careful pirouettes. Now it’s time to bring the telescope’s four science instruments into collective harmony. First in line is MIRI, Webb’s middle-infrared eye.

MIRI, a joint venture of NASA and the ESA, is “Webb’s coldest instrument.” The telescope needs to be so cold precisely because it sees in the infrared. If it were any warmer than fifty Kelvins or so (-369 Faranheit), its own radiative IR glow would blind it. But there’s another reason for its thermal threshold.

Webb has to keep its instruments cold enough to suppress a thing called “dark current.” Dark current, NASA explains, is the electric current created by the vibration of atoms in the detectors themselves. Too much ambient energy within the detector can mimic the ping of a real photon. MIRI is exquisitely sensitive, so it’s vulnerable to false positives from dark current.

These first images from Webb show our next-door neighbor galaxy, the Large Magellanic Cloud. Tuned to 8.0 microns, the images show a gentle IR glow from clouds of polycyclic aromatic hydrocarbons (PAHs). These organic molecules are sometimes called the “building blocks of life.”

Webb was conceived and built to pick up the faintest glow of residual warmth from things like planets, stars, and clouds of gas. Because it’s looking for such long wavelengths of light, it can peer straight through obscuring swathes of cold dust and debris.

The JWST is frequently mentioned in the same breath as Hubble and Spitzer, two of NASA’s four Great Observatories. These powerful space telescopes were designed to rise above the light pollution, interference, and atmospheric blur that defy earthbound observatories. Webb, like Spitzer, sees mostly in the infrared, where Hubble can pick up the visible spectrum and some near UV.

But the James Webb Space Telescope absolutely blows Spitzer away when it comes to image quality. Webb focuses its gigantic, flawless mirror using servos with nanometer accuracy. That’s why it produces images of such elegant clarity.

In a constrained three-body system, such as the Sun, the Earth, and a space telescope, there are five points of orbital equilibrium, which we call Lagrange points. NASA loves Lagrange points. Out of all the gin joints in all the towns in all the world, Webb is orbiting L2, and its reasons have everything to do with orbital dynamics.

The JWST is stationed at the Earth-Sun L2 point. This means that the Earth is always squarely between the telescope and the sun. Consequently, the telescope enjoys a permanent midnight in the deepest part of Earth’s cold shadow.

But there’s another reason Webb is stationed where it is at L2. L4 and L5 are shallow gravity wells that accumulate orbiting debris. In contrast, L2 clears itself out; it sheds matter at the slightest perturbation. That’s why Webb is orbiting around L2, instead of simply orbiting at L2 itself. This way, it doesn’t have to deal with a constant barrage of debris.

But don’t let that make you think L4 and L5 are places to avoid. Beyond the JWST, NASA uses the other Earth-Sun Lagrange points to do all kinds of science. For example, the SOHO orbiter monitors the solar wind from L1. And the scientific bounty doesn’t stop at Earth’s orbit. All the other planets in the solar system have their own L1-L5 points with respect to the Sun. Because the same rules of gravity apply there, it’s easy to use Lagrange points as a “gravitational slingshot” for probes heading into deep space. NASA’s ongoing Lucy mission dispatched a probe to the Trojan asteroids, which live at Jupiter’s L4 and L5. 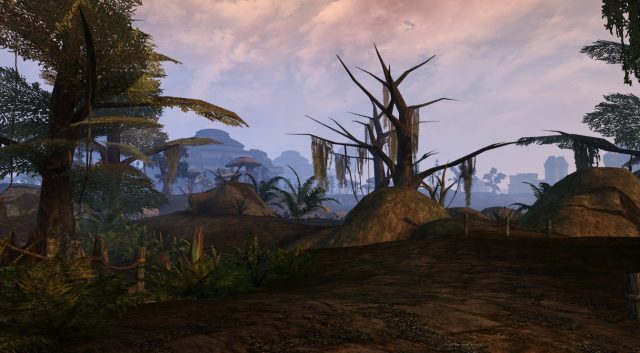 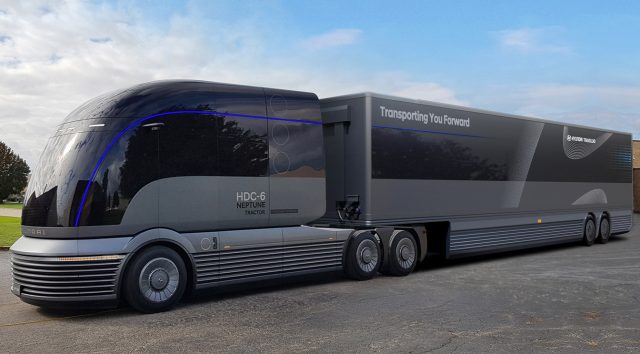 Battery-electric trucks weigh too much for cross-country hauling. The Hyundai hydrogen concept semi has a huge cabin, even a shower and toilet.