More useful than sexy. That’s the kind of cars and SUVs unveiled at this year’s North American International Auto Show (NYIAS): popular vehicles that fall into the mainstream on pricing. This includes new SUVs from Acura (RDX), Subaru (Forester) and Toyota (RAV4), and the sixth-generation Altima sedan from Nissan.

You can’t have an auto show without a couple high-end unveils, such as an AMG from Mercedes-Benz. Here are our favorites from NYIAS 2018. 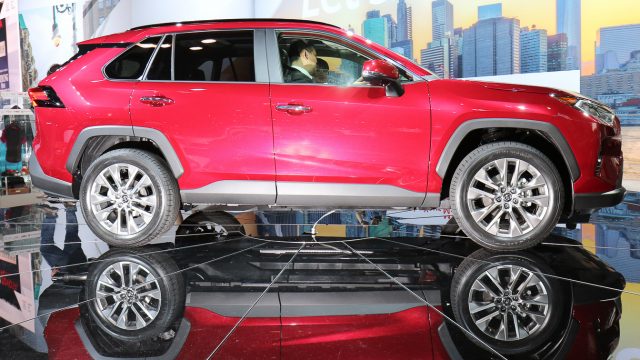 The fifth-generation 2019 Toyota RAV4 looks sportier outside and is nicer inside. The 7- or 8-inch center LCD sits atop the dash, and it gets Apple CarPlay, Amazon Alexa, and a Wi-Fi hotspot. There&#039;s version 2.0 of the Toyota Safety Sense suite, plus front- or all-wheel-drive (with a hybrid coming). It’s on sale late 2018. The fourth-generation Toyota RAV4 was 2017’s best-selling small SUV in the US: 407,594 sales. 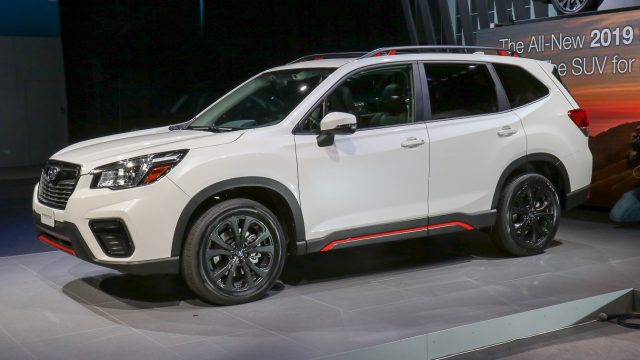 The 2019, fifth-generation Subaru Forester brings as standard a new version of the EyeSight stereo-camera safety system. With a longer wheelbase on a comparatively boxy body, it’s the segment’s roomiest compact SUV. It’s all-wheel-drive with active torque vectoring, and features a CVT and a 182-hp four-cylinder (no more turbo option). The Touring (top trim) DriverFocus monitors alertness. 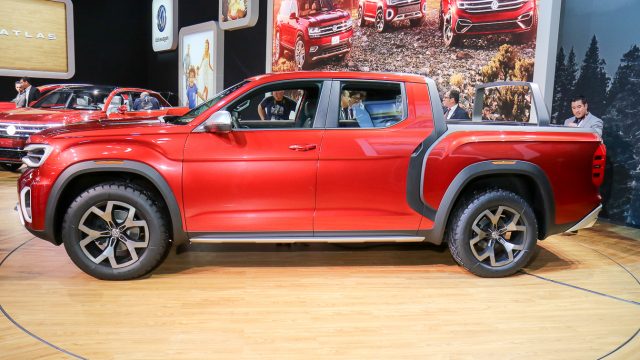 The surprise of the show (absent major pre-show leaks) is the VW Atlas Tanoak concept. As a unibody similar to the Atlas SUV, it could be built on US assembly lines, bypassing the import-pickup tax, to compete with the midsize Chevy Colorado, Ford Ranger, and Honda Ridgeline. For now, it’s a styling exercise to judge interest. It’s also the kind of product VW needs to climb from 2 percent to 5 percent market share. 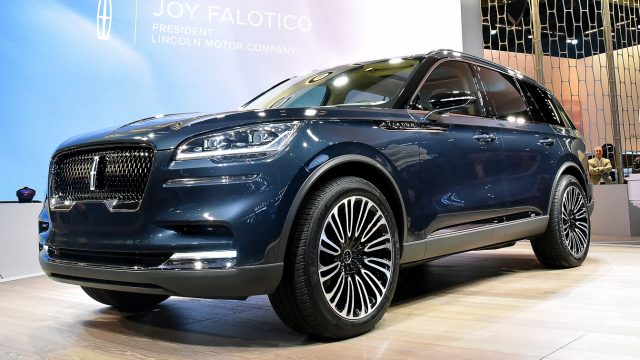 You’ve heard it before: Lincoln finally has a competitive offering. But it might be true this time. The 2020 Lincoln Aviator replaces the under-loved MKT as a full-size, three-row crossover with a choice of rear-, all-wheel-, or plug-in-hybrid drive. A laser scans the road for bumps and pre-configures the suspension. It’s more luxe than sporty, on the order of a Volvo XC90. Expect aggressive pricing, say $45K base. 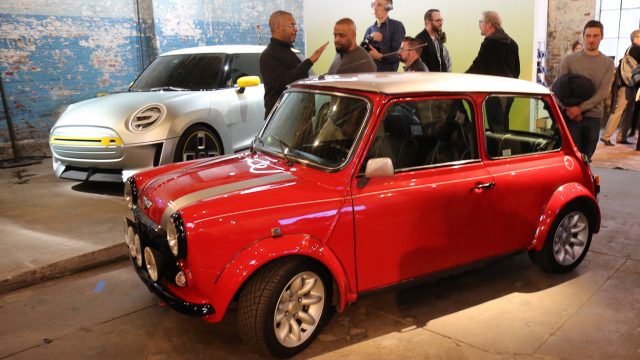 The Classic Mini Concept is an old-style Mini reimagined with a modern-day electric drivetrain under the bonnet. It’s a one-off and not for sale. In the background is the Mini Electric EV concept, which goes into production in about a year. Range will be on the order of 200 miles, maybe 250 (400 km), joining the current Mini plug-in hybrid. Mini/BMW lead the industry in electrified models offered. 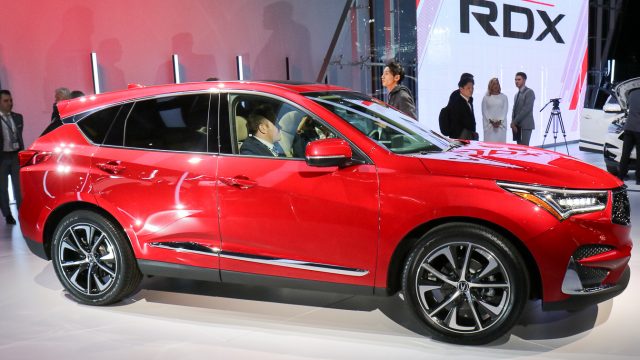 The third-generation, 2019 Acura RDX returns to its first-gen roots with a 272-hp turbo-four, replacing the 279-hp V6. A 10.5-inch dash-top display is controlled by the True Touchpad interface; no control wheel. All-wheel-drive torque vectoring returns. The new RDX is 187 inches long (+3 inches) and roomier inside. An A-spec model arrives for enthusiasts. The ELS premium audio system includes four ceiling speakers. 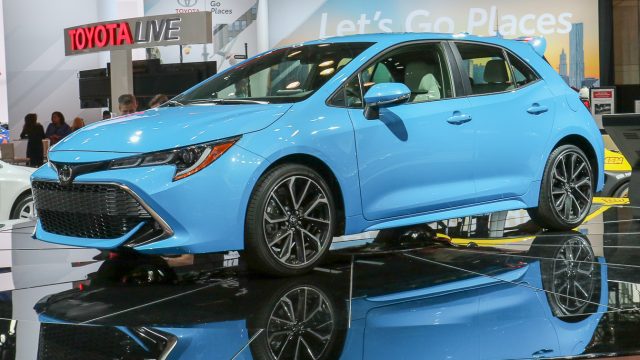 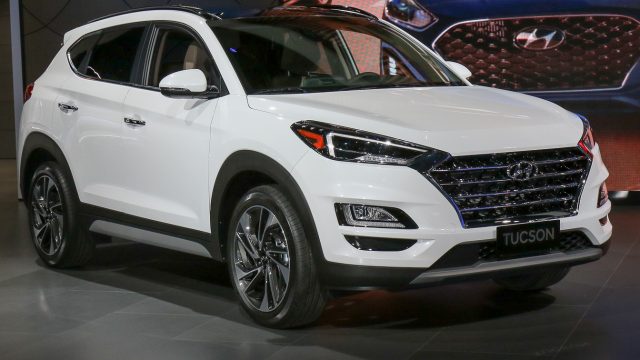 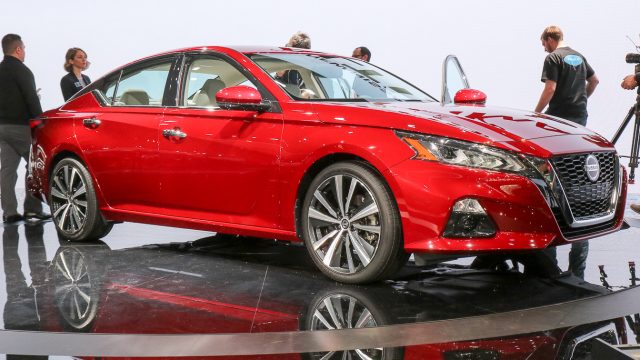 The 2019 Nissan Altima replaces its V6 with a variable compression ratio four-cylinder turbo, ranging from 8:1 (performance) to 14:1 (efficiency) by raising or lowering the reach of the pistons. It also gets all-wheel-drive using a traditional, 2.5-liter inline-four. The top three trim lines (SV, SL, Platinum) get ProPilot Assist standard for semi-autonomous driving. 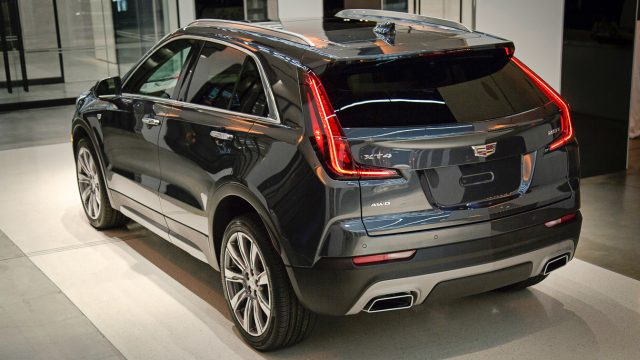 The 2019 Cadillac XT4 is the small luxury crossover Cadillac so badly needs. At 182 inches, it’s 8 inches shorter than the XT5 crossover that outsells every other Caddy by at least 3-1. The XT4 gets a 237-hp turbo four and front-drive or AWD with rear torque vectoring. It does not, however, get Cadillac’s excellent Super Cruise autonomous driving system.

The average price of a new car (out the door, with options) is around $35,000. The most interesting vehicle announced above that price was the 2019 Acura RDX compact crossover; its base price will likely be under $40,000, making it strong competition for Audi, BMW, and Mercedes-Benz for about $5,000 less. The RDX never was a chick-car on the order of a Beetle convertible, but it did sell especially well to women. This one, particularly with the high-performance A-spec trim line, is likely to broaden in appeal. Also, as it grows, RDX gets closer to being a midsize SUV.

The other interesting higher-end cars (see slideshow) are the compact crossover Cadillac XT4 and the full-size Lincoln Aviator. Both companies have been dying for competitive crossovers. You may think of Cadillac as a bunch of sedans plus the Escalade. In fact, the XT5 midsize crossover accounted for 44 percent of all Cadillac sales, and Cadillac’s best-selling sedan (XTS) sold just 16,275 units last year. The brand’s highest-tech sedan, the CT6, the one with Super Cruise, had 10,542 sales in 2017. Also, GMC unveiled its upmarket 2019 Sierra pickups with the multipurpose tailgate here in New York, after Chevrolet showed the mainstream variant, the Silverado, at the Detroit show.

NYIAS wraps up two days of press previews, and then opens to the public today (Friday, March 30) for a 10-day run at New City’s Javits Center. It is the last significant motor show (other than Beijing in late April) until fall 2018.