Jupiter has a whopping 69 moons, and you don’t hear a lot about the largest of them. It may not have the icy sheets of Europa or the geysers of Enceladus, but Ganymede is remarkable in its own right. In fact, it may be even more interesting than we thought. NASA researchers have gone over telemetry from a 1996 Ganymede flyby in order to analyze some data that sat ignored all these years.

Ganymede is the largest moon of Jupiter, but if it were orbiting the sun, we’d undoubtedly label it as a planet (no Pluto uncertainty here). It’s the ninth largest object in the solar system if you count the sun — even bigger than the planet Mercury. Astronomers also think Ganymede has a subsurface ocean that could contain more water than all of Earth’s oceans. An object this large in orbit of Jupiter is bound to have some unusual properties, and now we’re finding out just how unusual.

On June 26, 1996, the Galileo spacecraft made its first of six flybys of Ganymede. This probe checked out several moons, as well as Jupiter itself. It confirmed that Ganymede has a magnetic field, which was a surprise to the scientific community 22 years ago. No one expected that a moon in orbit of a planet like Jupiter could have its own magnetosphere. On Earth, our magnetic field protects the surface from harsh solar radiation, and it’s unlikely life would exist on Earth without it. On Ganymede, the magnetic field is likely a result of the moon’s shifting liquid iron core.

Galileo includes an instrument called the Plasma Subsystem (PLS), which it used to measure the density, flow, and temperature of plasma in the Jovian system. Somehow, no one took a close look at the PLS data from Ganymede all these years, but now it’s published thanks to a study led by NASA’s Glyn Collinson. The nature of plasma (charged particles) around Ganymede can actually tell us a great deal about its magnetic field.

Whereas the solar wind controls the shape and intensity of Earth’s magnetosphere, Ganymede is tucked away inside Jupiter’s magnetic field. Thus, the flow of plasma around Jupiter bends Ganymede’s field into an unusual shape. The study describes Ganymede’s magnetosphere as a flattened horn shape pointing in the direction of its orbit. The waves of plasma could also explain unusually bright auroras seen in Ganymede’s polar regions. These particles rain down at the poles, causing charged water molecules to shoot back up.

Scientists also suspect that Ganymede’s subsurface ocean could play a role in the generation of its magnetic field. That force may also interact with Jupiter’s magnetosphere in unknown ways. There’s still more analysis to do with the PLS data, but we should have much more information on Ganymede in a few years. The ESA plans to launch a mission called JUICE to explore Jupiter’s moons in 2022. 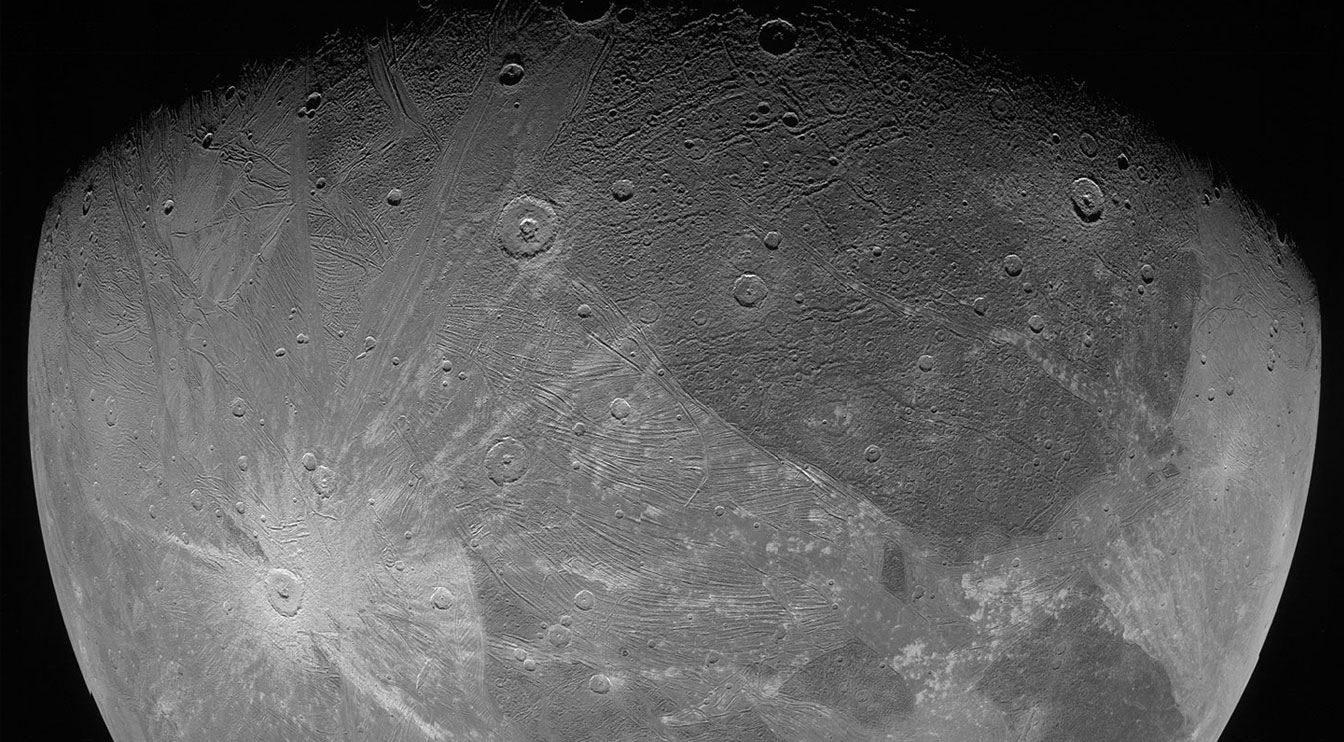 NASA set Juno on course for a flyby of Ganymede on June 7th, marking the first time a spacecraft has made a close approach to the celestial body in more than 20 years.