The Cassini probe plunged into the atmosphere of Saturn last year, but we’re not done hearing about its exploits. NASA has just released an audio recording captured by the probe as it headed for its date with destiny. Of course, there’s no sound in space, but this eerie audio comes from the waves of plasma that flow between the moon Enceladus and Saturn.

NASA carefully choreographed the end of Cassini’s mission after years of studying Saturn and its moons. The probe was running low on fuel, and NASA wanted to prevent it from crashing on one of Saturn’s moons, which may be host to life. The only “safe” place to dispose of Cassini was Saturn’s roiling gaseous atmosphere. So, the agency programmed the venerable spacecraft to perform several close passes inside Saturn’s rings and drop into the atmosphere.

On its way down, scientists used the Radio Plasma Wave Science (RPWS) instrument to analyze the patterns of plasma passing between Enceladus and Saturn. Plasma is a fourth state of matter, consisting of charged particles in a gas-like phase. Cassini picked up 16 minutes of data on the plasma waves as it passed Enceladus for the final time two weeks before its Grand Finale. You can’t hear plasma wave data, but NASA helpfully processed it into something you can groove to. Well, sort of.

In the same way radio waves are transformed into music, you can output the waveforms from the Radio Plasma Wave Science instrument to make an audio file. The recording was converted by the RPWS team at the University of Iowa, but they had to speed it up substantially to make it into a listenable audio track. The 16 minutes of original data became just 28 seconds of audio, which you can hear below.

It has a very mysterious quality — like a combination of orca calls and the Tardis from Doctor Who. According to NASA, Enceladus acts like a moon-sized generator spinning around Saturn. It launches waves of plasma down to the gas giant, and now researchers know that Saturn responds by bouncing plasma waves back at the moon across magnetic field lines that are hundreds of thousands of miles long.

The Cassini mission was a smashing success, sending back so much data about Saturn and its moons that some scientists think Enceladus is a more enticing target for exploration than Europa. Maybe a future mission will deliver another killer track courtesy of Saturnian plasma waves. 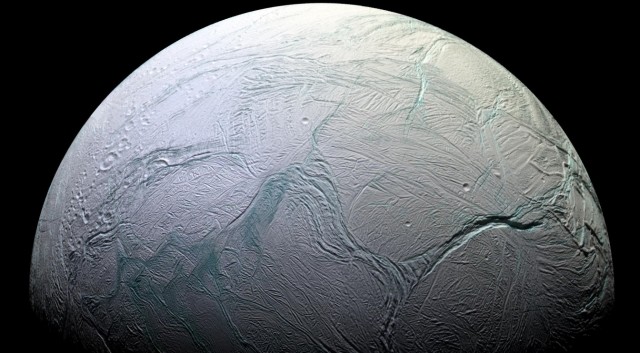 After analyzing data collected in the final days of the Cassini mission, researchers say there is new evidence that Saturn's moon Enceladus could support life. 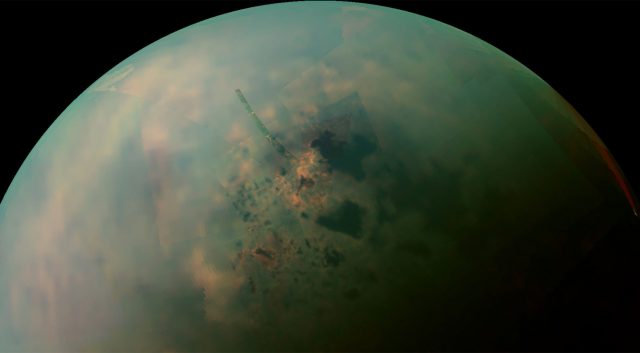 We've found dust storms on Titan — just the third place they are known to occur in our solar system. 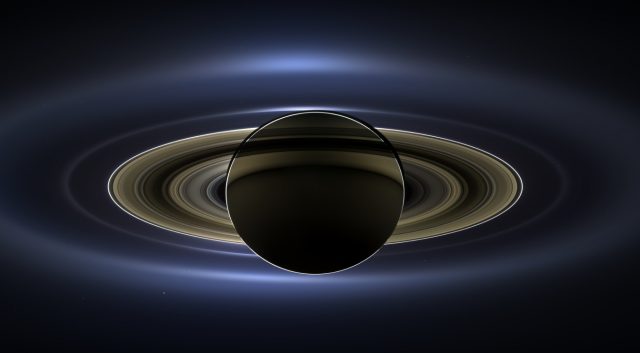 Saturn’s Rings Could Be Gone in Just 100 Million Years

Saturn's rings are vanishing quickly. The iconic planet could lose its most distinguishing feature within 100 million years. 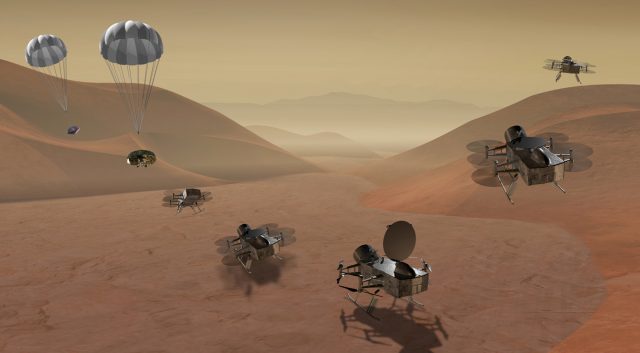 NASA has given the green light to the Dragonfly mission, a project to send a multi-rotor flying vehicle to the surface of Saturn's moon Titan. This mission is on track to make history in more ways than one.