Nintendo isn’t doing a virtual console for the Switch, which was disappointing for fans of Nintendo’s past titles. There was hope the homebrew scene could provide emulation of older titles, but Nintendo locked the Switch down to prevent any of that funny business. Luckily, vulnerabilities in the ARM chip at the heart of the console opened the door to mods. Unluckily, Nintendo appears to have patched one of the main flaws that makes homebrew development possible.

Switch hardware hacker SciresM now says that some newly manufactured consoles appear to be impervious to the Fusée Gelée (or F-G) exploit. SciresM believes Nintendo used the Nvidia iPatch system to add new protective code to the chip. This likely corrects the USB recovery mode overflow error that allowed modders access to the system. Modifying the boot-ROM in this fashion is easy to do in the factory, but it would be nigh impossible and potentially dangerous to attempt to patch Switch consoles that are already in the wild.

There is one ray of hope, though. These fixes Switch units are shipping with the 4.1.0 firmware installed. That build is still susceptible to a different hack called Deja Vu. As long as you don’t update, you can still run unsigned code using that method. Nintendo rolled out v5.0 in March, which has a patch for Deja Vu.

The situation might be annoying for gamers who want to hack their consoles, but Nintendo has plenty of reasons to shut that down. Homebrew development is always going to lead to some level of piracy, which is bad for Nintendo’s bottom line. These hacks also rely on security holes, which any responsible company would patch. Nintendo also bans Hacked Switches from online features in order to protect other players.

As Nintendo continues cracking down on Switch hacks, the old unpatched consoles could become highly sought after. Those interested in tinkering with the Switch will need to be selective what hardware they use.

A modder has managed to hook a JVC Videosphere up to the latest consoles from Sony, Microsoft, and Nintendo. 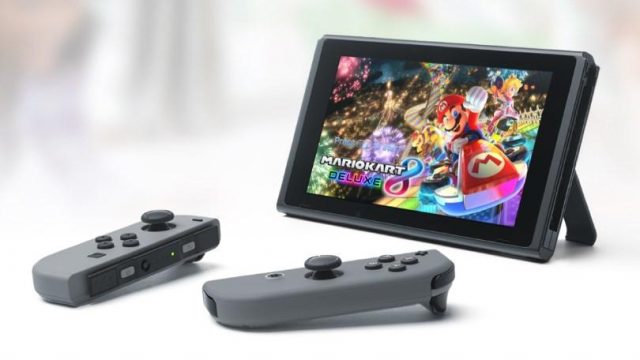 If you use a third-party dock, be very wary of Nintendo's 5.0 firmware update. There are widespread reports it's bricking Switch consoles.