For years, AMD has discussed launching new semi-custom design wins that didn’t revolve around Microsoft and Sony. Those designs have mostly failed to materialize, with the AMD-Intel collaboration on Hades Canyon a notable exception. Now, AMD has announced a new semi-custom chip for a custom gaming console, but not for any company familiar to Western shores. Instead, AMD will be working closely with a Chinese company, Zhongshan Subor.

This sounds like a unique product from Zhongshan Subor, not a refresh or retread of any previous AMD SoC. AMD hasn’t used Ryzen for a game console before; its products for MS and Sony are still based on its earlier low-power Jaguar core (albeit a die-shrunk variant). Whether the GPU is actually based on Vega is an open question. AMD appears to be using that brand as a marketing term (there’s reason to think that the GPU inside the AMD / Intel Hades Canyon collaboration may not be a full Vega chip, either). It’s just not clear if AMD would have respun the GPU family to build a different memory controller around it. On the other hand, as part of a semi-custom job, AMD could be basically getting practice for work it intends to do for Sony or Microsoft on the next iteration of consoles for those companies.

Unusually, this new chip will be used as the heart of both a gaming PC and a console. Here’s AMD’s explanation:

The new gaming PC was demonstrated in the Subor booth at ChinaJoy, the largest gaming and digital entertainment exhibition in China and Asia. Subor plans to launch their new game PC in late-August. The SUBOR gaming console, featuring the same hardware as the gaming PC but with a customized operating system, is expected to launch by the end of 2018.

The focus on PC gaming makes sense in China, where a 14-year ban on console gaming was only lifted in 2015. During that period, gaming in China became much more PC-focused, which is probably why Subor is launching both platforms. More generally, China wants to build 40 percent of its own semiconductors by 2020 and 70 percent of them by 2025 as part of the Made in China 2025 manufacturing plan. We don’t have a sense of how much revenue this deal could be worth to AMD, but another semi-custom win for the company is pure upside and should help AMD stay in the black in the future. 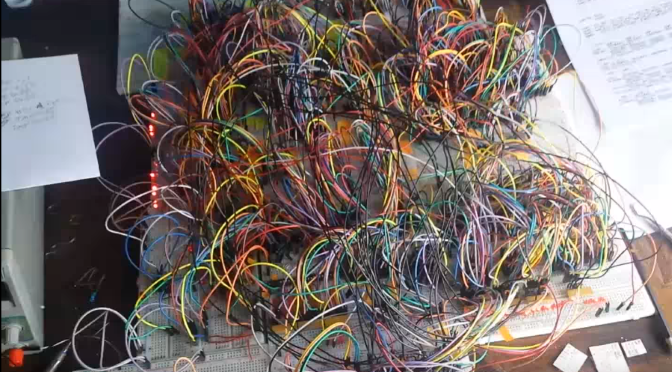 One enterprising individual has built his own 8-bit CPU from scratch, on solderless breadboards — and learned to program it, too.