Apple announces new devices at most of its events, but the just-completed “One More Thing” unveiling is different. This is a big step for Apple as it begins the process of leaving Intel behind. As it had promised, Apple has unveiled its first computers with the new Apple-designed ARM chips instead of Intel CPUs. Apple saw huge success the last time it switched architectures — from PowerPC to x86 — but this time? The jury’s still out, but one thing is certain: Apple is about to make a lot more money.

What Is the Apple M1?

Apple has seen great success with its custom ARM-based chips in iPhones and iPads, and now it’s bringing the same technology to its computers. The Apple M1 is a 5nm ARM chip that has a lot in common with the A14 Bionic from the latest iDevices. This is a system-on-a-chip (SoC), so you’ve got the CPU cores, GPU, I/O, security module, and more on a single chip. That should mean much higher efficiency compared with x86 Intel CPUs, and indeed, Apple is claiming some impressive gains.

The M1 has eight CPU cores in a big-little configuration — the slower cores are themselves apparently about as fast as the dual-core Intel CPU in exiting MacBook Airs. The new architecture also allows the ARM Macs to wake from sleep instantly like iPhones and iPads with no lag as the system comes online. Apple has optimized macOS Big Sur for the new chips, making its apps faster than they were on Intel chips. For example, it claims Final Cut Pro is up to six times faster now.

Of course, switching to ARM on Mac will affect application availability. iOS apps will work natively, which could be a nice bonus. Although, it’s unclear how well a touch-based phone or tablet app will work in macOS. Apple also has a translation layer called Rosetta 2 that will run x86 content on the new ARM chips. Again, we don’t know how well that will work yet.

Regardless of any short-term pain, Apple says all its computers will transition to the new ARM chips soon, and that’s sure to help its bottom line. We know Apple can manufacture these chips inexpensively — it puts the same high-end A-series chips in even the lowest-priced iPhones. Yet, these first ARM Mac computers, which aren’t any less expensive than the last-gen x86 versions. That means more profit.

The MacBook Pro is at the heart of Apple’s professional and prosumer strategy, so slapping the new chip in this machine speaks to the company’s confidence that ARM is the right way to go. This is a 13-inch Retina Display machine that’s almost identical to the existing 13-inch MacBook Pro, right down to the revamped keyboard, Touch ID, and touch bar.

The new M1-based MacBook Pro replaces the entry-level MacBook Pro model and is reportedly 2.8 times as fast as the previous machine. Battery life also gets a big boost — Apple promises up to 20 hours of usage compared with 10 hours for Intel Macs. This device retains the active cooling from the Intel MacBook, which should help reduce CPU throttling during prolonged use. Apple actually lists active cooling as a selling point, which doesn’t bode well for the less-expensive MacBook Air.

You can pair this new chip with 8 or 16GB of RAM and up to 1TB of storage. However, you’ll pay handsomely if you want the upgraded versions. The base model remains $1,299. All models will come with new USB4/Thunderbolt ports, which is a nice bonus. You can pre-order today, and the new MacBook Pro will ship in the coming weeks.

Like the new MacBook Pro, the ARM-based Air is a carbon copy of the existing Intel-based computer. Instead of that clunky old x86 chip, you get the Apple M1 SoC. Apple claims this chip is 3.5 times faster than the Intel-based Air, and yes, the battery life is better, too. This machine can hit 18 hours of use per charge, just short of the numbers quoted for the MacBook Pro and about double the old Air.

The Air has most of the features you’d get in the Pro computer, such as a 13.3-inch Retina Display, USB4 ports, Touch ID (no touch bar), and the ability to select 16GB of RAM and 2TB of storage (for a price). However, there’s no cooling fan. We’re not sure how much that will matter for the M1, but it really is one of the few hardware differences. The only other notable change to the M1 is the drop from eight to seven GPU cores.

Apple is sticking with the same $999 starting price for this machine. You can pre-order today, and it’ll ship later this month.

Finally, Apple has updated the Mac Mini after two years of neglect. This entry-level Mac will be the least expensive way to experience the new M1 ARM SoC. Again, the hardware looks identical to the previous computer, but the internal changes are more significant considering the long wait for a new Mini.

Apple is talking up the performance and efficiency boosts here, of course, claiming a 15x performance gain in some apps. In raw numbers, it’s closer to 3 times faster than the old Mini, though. The machine can support two external displays with a maximum of 6K resolution. It also has two of the new USB4/Thunderbolt ports on the back. It has active cooling (unlike the Air), and the base model has the faster 8-core GPU version of the M1 chip.

The Mac Mini has the same RAM and storage upgrades as the new laptops, but it starts cheaper if you’re willing to stick with 8GB of RAM and 256GB of storage. You can pre-order starting at $699, which is $100 less than the old Mac Mini. It, too, ships later this month. 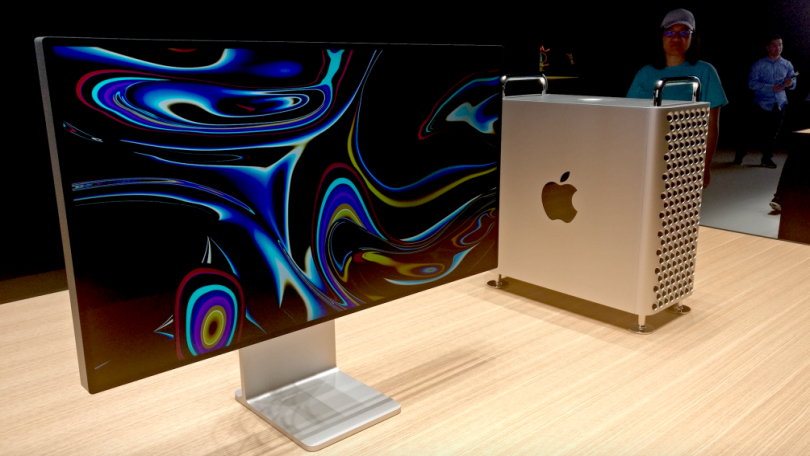 Apple is said to be prepping multiple ARM cores for launch, including 20-core and 40-core CPUs planned for the Mac Pro. 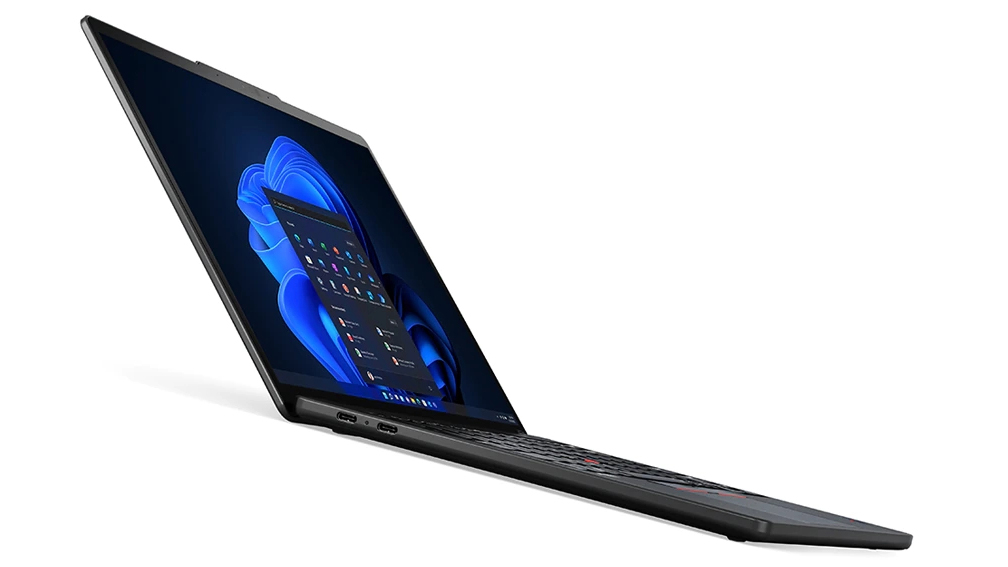 Lenovo's newest battery-sipping laptop claims to provide a "smartphone experience" on a laptop. 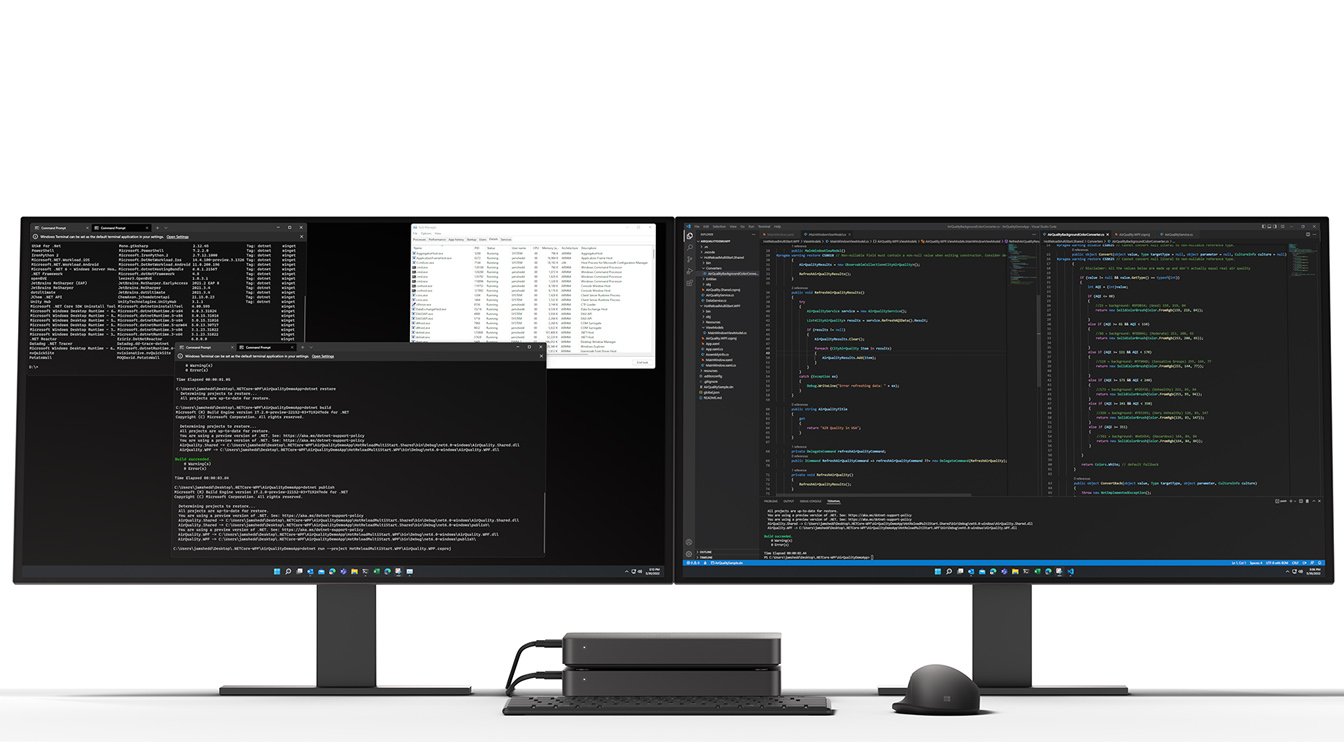 Windows on ARM is a reality, though not an extremely widespread one. Microsoft's new Project Volterra might not change that, but this tiny ARM-based desktop PC could be the start of something big. 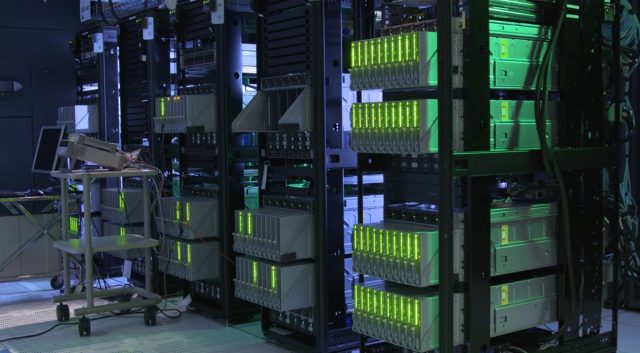 HPE is launching the largest supercomputer ever built using ARM CPUs as a testbed for nuclear physics processing at Sandia National Laboratories.