TSMC isn’t expected to ship 3nm silicon in volume for another year, but rumors of which partner will be “first” to the node are already flying, along with rumors that TSMC’s 3nm capacity has already been booked. It’s been a banner year for TSMC, which recently replaced Tencent as the largest technology company in Asia.

Right now, the big debate is over which company will tape the new node first — Intel or Apple? Historically, the smart money has been on Apple, and rumors from DigiTimes have indicated that TSMC will support Apple with 3nm next year. Other reports, however, claim Intel will ship GPUs and server cores on 3nm. This would seem to be a reference to solutions like Ponte Vecchio, but that chip has been reported as a 5nm part.

The central claim made by Taiwan Economic Daily, according to ITHouse, is that TSMC will begin shipping the node next year and that Intel will be its launch partner. Claims that this is an acceleration of TSMC’s roadmap are incorrect. TSMC published guidance a year ago stating it would enter volume production on 3nm in 2H 2022.

Even if TSMC is able to bring 3nm to market next year, it seems unlikely that Ponte Vecchio would be both a 5nm and a 3nm design. The idea of TSMC leading a brand-new node with Intel’s top-end server and GPU products is also a little odd. Typically, foundries launch smaller designs first. Apple’s various A-class processors are a better fit for a new node than the reticle-busting CPU dies we’ve sometimes seen at the top of Intel’s server market. GPUs like Ponte Vecchio are designed for complex integration with additional hardware. TSMC and Intel may have chosen to lead with these products, but it would be unusually aggressive for both companies to do so. Even when Intel was indisputably leading the world in semiconductor manufacturing, it rarely led a new node launch with high-end server parts.

We’re not saying that Ponte Vecchio and Intel’s other server chips aren’t 3nm parts, but it would be unusual for both TSMC and Intel to launch enterprise hardware this early in a new node’s lifetime.

3nm will be TSMC’s last FinFET node before the foundry moves to gate-all-around design and it’s expected to deliver comparatively modest gains: a power consumption reduction of 25-30 percent at the same performance level, or a 10-15 percent increase in performance at the same power. The combined performance improvement from two node shifts — 7nm -> 5nm and then 5nm -> 3nm — is roughly equal to the total improvement TSMC offered when moving from 16nm to 7nm.

Finally, new reporting indicates TSMC is absolutely slammed with orders, with 5nm capacity completely full and 3nm booked up as well. This is not surprising given the ongoing shortages and it explains why TSMC doesn’t think the shortages will be completely over until late 2022 to 2023. It will take the company that long to finish filling backed-up orders and to begin bringing new fabs online. A shortage from TSMC’s perspective doesn’t necessarily mean the sky-high GPU prices and generally unavailability of electronics will continue indefinitely, but it could keep consumer prices for electronics higher than they would otherwise be. Hopefully, some of the log jam will be sorted by node transitions. Early adopters like Apple will adopt 3nm first, freeing more space for other companies to tap 7nm and 5nm capacity.

AMD's Ryzen Mobile 5000 chips are now shipping in OEM systems. So what kind of performance improvements do they really offer? 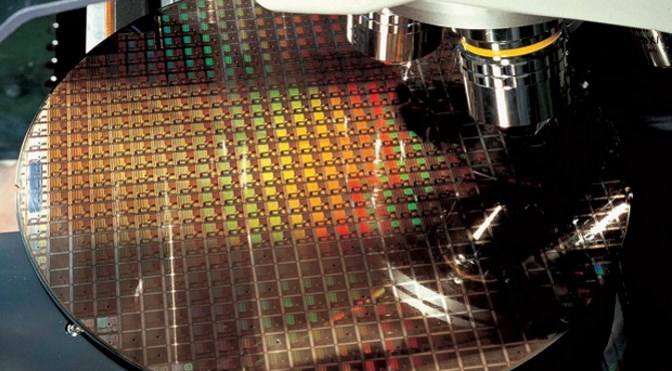