We’ve discussed Zhaoxin several times over the past few years and covered the company’s efforts to build a true x86 competitor. This is a difficult task for VIA, one of Zhaoxin’s shareholders and IP contributors, which hasn’t ever been competitive with AMD or Intel when it comes to building high-performance CPUs. The company originally eked out a market in the ultra-low-power segment (mini-ITX, for example, is originally a VIA standard). A few years ago, it formed an agreement with Shanghai Zhaoxin Semiconductor to allow that company to build its own x86 designs. Now, it’s expanding that agreement with some additional IP transfers.

To date, the Zhaoxin CPUs have underwhelmed when compared with a modern x86 chip, but the overall level of performance they offer has still been improving, bit by bit. Its last chip, the KX-U6780A, managed to offer gaming performance on par with a weak, Excavator-class APU with half the cores. While this isn’t exactly a ringing endorsement, it’s better competition than the company has offered in the past. With the KX-7000 family under development and supposedly targeting a 7nm process, there’s hope for future improvement.

Currently, Zhaoxin’s processors are all believed to be evolutions of VIA’s “Isaiah” core. Isaiah is a 12-year-old design built by Glen Henry at Centaur and originally marketed as the VIA Nano. The Nano actually had some mainstream success and could have been a contender against Atom in its early market. But VIA either couldn’t drive OEM interest in the part, or it ran into other, unspecified troubles. Isaiah was a major advance over the VIA C7, which was an in-order chip, but not enough details are available about Zhaoxin’s exact capabilities to really compare how the more modern architecture diverged from its roots.

VIA is selling some IP to Zhaoxin, and its 100 percent-owned subsidiary Viabase is doing the same. The total value of the deal is expected at $257M, with VIA expecting to recognize ~$197M in profit after associated costs. China is undoubtedly interested in the deal, given that the fighting between itself and the US government has deepened the urgency of developing its own local silicon manufacturing.

It’ll be particularly interesting to see if Zhaoxin’s KX-7000 family incorporates any of the improvements Centaur Technology (another VIA subsidiary, acquired alongside Cyrix in the late 1990s) announced when they debuted the CHA CPU core in 2019. CHA is expected to be the first server CPU to include an onboard AI accelerator core and it’ll offer up to eight cores with support for features like AVX2 and AVX-512.

Historically, Centaur’s designs have focused on stripping out what the company feels is extraneous cruft that leads to bad tradeoffs on performance versus power efficiency. Its CPU cores have often been designed to be “good enough” while offering exceptional battery longevity or cool-running temperatures. The fact that VIA and Zhaoxin are strengthening their ties could be interpreted as a sign that we’ll see more of VIA’s fab work showing up in China. While the US has put certain moratoriums on what Chinese companies can buy what kind of goods, we haven’t seen any information yet suggesting VIA, which holds the barest fraction of the PC market, has gotten any real attention.

The CHA was originally expected to ship this year, so KX-7000 CPUs based on it sometime in 2021 makes sense. Alternately, this could be Zhaoxin’s first independent core design, with a little help from VIA’s patent library and engineers. If they keep improving, hopefully some of these CPU cores will make their way across the ocean in larger numbers. We certainly wouldn’t mind a three-way slug-out for best CPU, if Zhaoxin can rise to the challenge in a few more years. 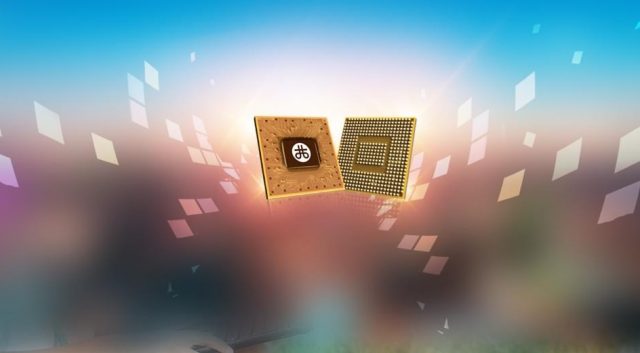