Bless the astronomers who have been watching the night skies and documenting what they saw since time immemorial. Twelfth-century Chinese and Japanese astronomers described a “guest star” as bright as Saturn, which appeared suddenly and lingered for six months. Their careful reports placed the heavenly visitor between two Chinese constellations, Chuanshe and Huagai. But then the guest star disappeared, seemingly without a trace. Now, an international team of modern astronomers and astrophysicists has hunted down and identified the mysterious guest star. And it’s a hat trick of awesome.

The report is really a triple discovery. First, the study identifies a strong contender for the identity of the guest star that spawned the 1181 supernova. It’s called “Parker’s star,” and today it lies at the center of a rapidly expanding nebula named Pa 30. This accounts for the last unidentified supernova of the last millennium; the others have been identified and examined, including the Crab Nebula.

Knowing Pa 30’s rate of expansion let the scientists run the model back in time and decide that the nebula’s “kinematic age” was around a thousand years. Prof. Albert Zijlstra, Professor in Astrophysics at the University of Manchester, explained in a statement: “The historical reports place the guest star between two Chinese constellations, Chuanshe and Huagai. Parker’s Star fits the position well. That means both the age and location fit with the events of 1181.” Today, it’s visible in the northerly latitudes of the world, near Cassiopeia.

Second, it turns out the star in question is a “zombie“: the battered survivor of a highly nonstandard kind of double supernova, which the study authors identify as a double-degeneracy type Iax (read: one-A-X).

Double degeneracy is a term that describes the merger of two white dwarf stars before a supernova. It’s more likely to happen to a binary pair than it is to see two stars physically collide, although collisions do happen. “Normal” type 1a supernovae often follow a pattern where a white dwarf burning carbon and oxygen draws off material from a more massive oxygen-neon companion star. The white dwarf becomes too massive for electron degeneracy pressure to keep its mass from falling into the core, so the whole star collapses and explodes.

In this case, however, the smaller white dwarf would have siphoned off helium from its more massive companion star. As it lost mass, the companion star expanded, eventually engulfing the white dwarf. In the process, the combined star blew away much of its hydrogen, leaving behind the companion star’s helium core. As it became more and more massive, the siphoning became a runaway process, and the stars merged. Then the accretion disk itself deflagrated. The white dwarf exploded as a supernova, leaving behind the Pa 30 nebula.

The explosion that made our nebula here has much in common with a “standard candle” type IA supernova, but there are a few important differences. Perhaps the biggest one is that there’s still a star left after the earth-shattering kaboom! It’s expected that a type IA supernova will completely destroy the progenitor star — but the core of the zombie companion star persisted after the explosion. Subdued and dimmer, its gaseous ejecta travel outward at a slower rate than those from the supernova that dispersed the entire remaining mass of the other star. This difference in speed creates an inner and outer shell.

Prof. Zijlstra added: “Only around 10 percent of supernovae are of this type and they are not well understood. The fact that SN1181 was faint but faded very slowly fits this type. It is the only such event where we can study both the remnant nebula and the merged star, and also have a description of the explosion itself.”

Finally, Parker’s star is special even among its own kind. It is an extremely hot Wolf-Rayet star, one of the hottest in the entire galaxy. It is rich in neon, magnesium, silicon, and sulfur. It’s one of only two such cases ever found in the Milky Way, and of the two, Parker’s star is the only one with observational data that supports the double-degenerate model.

The study authors concluded in their report:

Given the extreme nature of Parker’s star itself (Gvaramadze et al. 2019; Oskinova et al. 2020) and our linking it to the 1181 AD supernova, this source is of considerable scientific and historical interest. Parker’s star is the only Wolf–Rayet star known that is neither the result of a massive Pop I progenitor nor the central star of a planetary nebula, but is the result of an ONe–CO WD merger that accompanied a Type Iax supernova explosion that now has a historical basis. 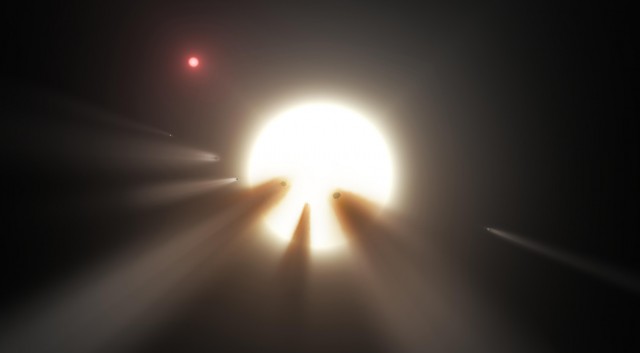 Astronomers have had a hard time figuring out what, exactly, is happening to KIC 8462852. You may know it as Tabby's Star, or the "Alien Megastructure Star." It's entered another record-setting dimming cycle of unknown cause. 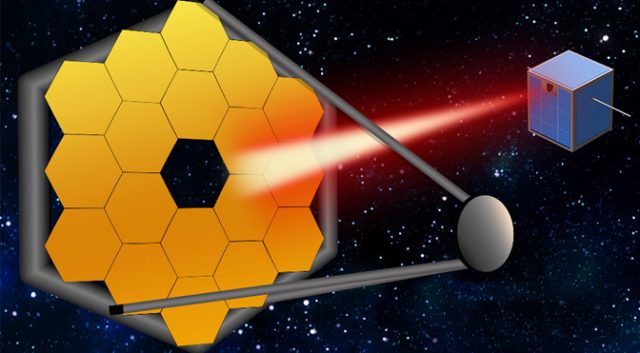 To get up close and personal, we're going to need extremely precise space telescopes. MIT scientists have proposed an innovative way to make sure those instruments remain calibrated and capable of peering at distant exoplanets. They suggest designers incorporate a smaller secondary satellite that can act as a "guide star" for the telescope.