On Saturday, a white 18-year-old gunman traveled 200 miles to Buffalo, NY, entered a supermarket in a predominantly Black neighborhood, and opened fire. He killed ten shoppers, and injured an additional three. Beyond committing an unthinkable act of violence resulting in a tragic loss of life and community peace, the killer also chose to livestream his crime on Twitch for the world to see.

But we’re not here to report on the shooting itself; plenty of other outlets have gone over the incident in great detail. Instead, we’re here to touch on the implication of a content moderation law that could require the gunman’s video of the shooting to remain online. Texas recently enacted HB20, a law that prohibits social media and streaming platforms with more than 50 million US monthly average users from “censoring” content based on the user’s “viewpoint.” This means larger networks like YouTube, Twitter, and Facebook are prohibited from blocking, banning, removing, or even demonetizing any user or content that could be considered an “expression” of any opinion. (If this sounds incredibly vague, that’s because it is.)

When it comes to content like Elon Musk’s tweets (or even the former president’s), a bill like HB20 has a leg to stand on. But in the face of incredibly graphic, hate-motivated violence like what happened Saturday, it’s hard to argue that a privately-owned streaming site should be required to maintain a video that could traumatize its community and potentially encourage future criminal acts. Still, some have worried that screen recordings or screenshots from a stream like this one could technically be protected by the law, prompting the escalation of HB20 up to the Supreme Court for reconsideration.

The former would be a problem for Twitch, which took the shooter’s livestream down less than two minutes after it started. (The shooter also detailed some of his plans for the shooting on Discord, which has reportedly launched an investigation.) Taken at face value, HB20 makes it sound as though Twitch legally should have kept the livestream up; however, small slices of the law may provide sufficient exception for Twitch to escape unscathed.

One part of HB20 allows platforms to remove content that violates their acceptable use policy, so long as the platform promptly notifies the user of the reason for their content’s removal and allows them to appeal the decision. Given that it’s customary for platforms to prohibit hate speech and/or acts of violence, it’s likely within most websites’ rights to remove a video like this one with little to no prior investigation required. And in the context of a shooting like this one, an appeal would be more of a formality than anything.

HB20 also accommodates forms of content moderation with existing legal protection. The law specifically “does not prohibit a social media platform or interactive computer service from: censoring expression that the [platform] is specifically authorized to censor by federal law; or censoring unlawful expression, including expression that unlawfully harasses individuals or unlawfully incites violence.” It could easily be argued that streams, screen recordings, or screenshots of a mass shooting could incite violence, while hate crimes in general could constitute unlawful harassment.

At this time, it’s unknown whether anyone will actually take Twitch to court for attempting to keep the video of the Buffalo shooting out of the public eye. That would have to happen prior to a potential overturn from the Supreme Court, which received an emergency application for intervention this week. 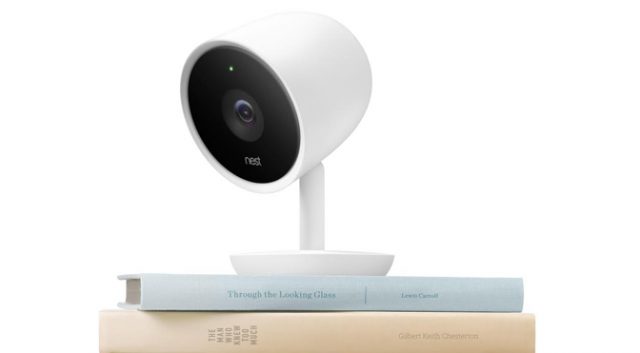 The company just made good on one of the promises it made at I/O — it's removing the option to disable camera status LEDs. Nest customers have responded with almost universal anger to the change.