The new Tesla Model 3 sedan is having a rocky shakedown cruise as it ships cars at a pace well under projected volumes. A teardown analysis by Munro & Associates suggests Tesla is also shipping well under the quality expected of even the cheapest cars in 2018.

“The [trunk edge] gaps on the car are like you can see them from Mars,” CEO Sandy Munro said of the trunk opening. Some of the issues cited in an Autoline report seem on target, while others may reflect different opinions on how to engineer a car. None of this is good news for Tesla, though. 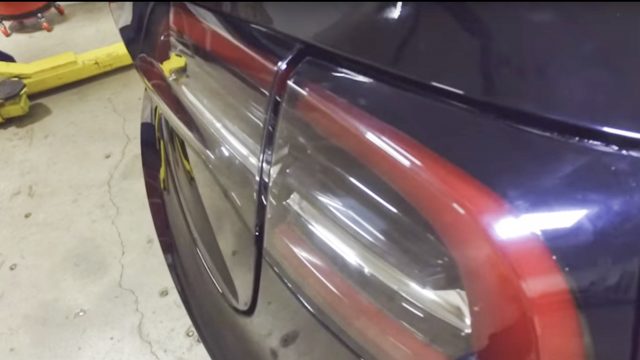 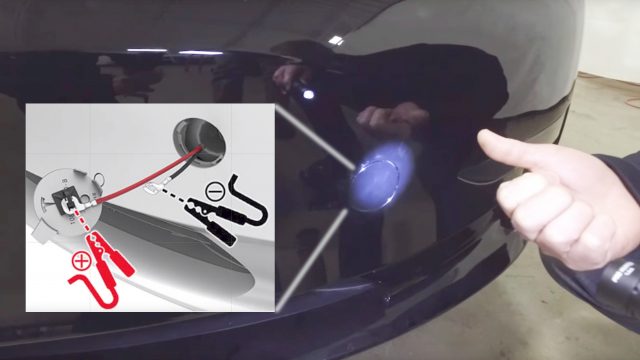 To access the emergency power cutoff loop, you have to pop an access disc, pull out two wires, and connect a 12-volt battery. 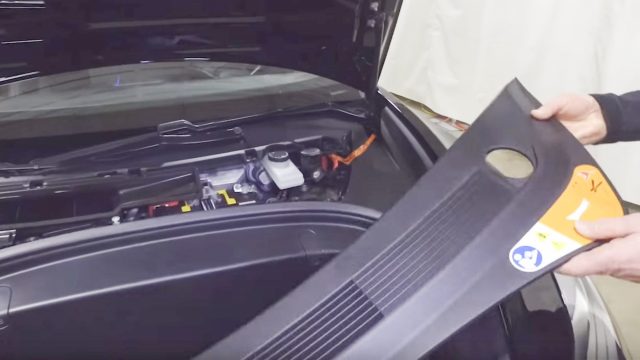 Once the front hood is open, it'e easy to see the red cutoff loops, right rear in photo. That kills high-voltage running through the car. 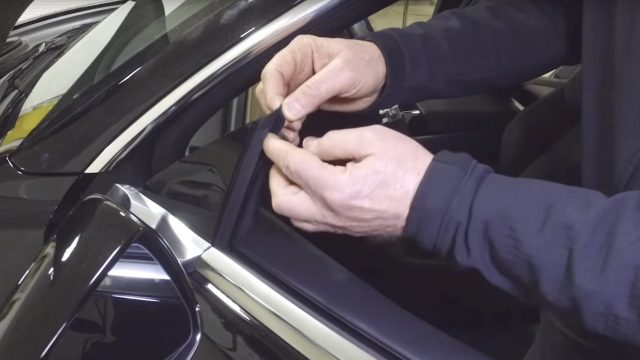 To make the left front window seal properly, this Model 3 has an extra cat's paw, or rubber gasket/cushion, glued to another gasket. The right side window doesn't have it.

The gist of the 8-minute video is that Tesla has fit and finish issues on the early cars, and there are safety issues not to the liking of Munro & Associates, an Auburn Hills, Michigan, technical analysis consultancy formed in 1988, around the time US automakers realized they couldn’t ignore the results of the J.D. & Associates surveys showing Japan kicking USA butts on quality control. “I can’t imagine how they released this [Model 3]. It’s just a surprise, a really big surprise to me,” said Munro. “I don’t know how it got to this point. These are flaws we’d see on a Kia in the ’90s or something.” Sorry, Kia.

Munro noted widely varying gaps in body seams, rattling window glass when the front doors close, and a flush-mount door handle that’s hard to use for people with hand infirmities. The trunk requires considerable effort to open or close, he said. “The tolerance stackups on this car like nothing we’ve ever seen before.”

Complexity Gets in the Way of Safety?

One of Munro’s concerns was the ease of emergency responders accessing the car when the power is off. To open the front hood requires removing an access circle in the front bumper, pulling out red and black wires, and attaching a 12-volt battery to pop the hood. Once the hood is open and a modesty panel removed, it’s easy to see the red loop of wire to double-cut and de-energize the high-voltage power pack.

Munro showed the front seat has both an electromechanical release button on the front door armrest, and a mechanical release down low in the door. (That’s common practice on all cars with electronic door openers.) He pointed out the rear door has only the electronic release and said it would be difficult for back seat occupants to pull open the rear seat backs, crawl into the trunk, and use the emergency inside trunk release to get out. He said they could also crawl into the front seat and out the front doors. As most people would do.

There’s also a second power cutoff accessed by making a saw cut in the right rear fender. To see a how-to diagram, you have to pop the trunk for instructions and even then, Munro says, it’s not entirely clear where to make the cuts.

The points on fit and finish are well-taken. Tesla has some issues with seam gaps, rattles, and padding glued atop more padding to address other issues.

We’ve asked Tesla for comment and will add it when the company responds.