Neptune might not have the mass of Jupiter or the rings of Saturn, but it does have one distinction among planets in our solar system. Its winds are the fastest ever measured, even reaching supersonic speeds at times. Neptune’s tumultuous atmosphere gives rise to vortices similar to Jupiter’s Great Red Spot, but storms on Neptune usually just last a few years. For the first time, astronomers are watching one of them evaporate before their telescopic eyes.

We first learned of Neptune’s “anticyclones” when the NASA Voyager 2 probe passed by in 1989. They were not as large or as long-lived as Jupiter’s famous Red Spot, but they could still tell us a great deal about the planet. The probe sent back images of dark spirals on the surface, and a few years later astronomers started monitoring Neptune with the Hubble Space Telescope. While Hubble is more than 25 years old now, it’s still keeping tabs on storm activity on the gas giant.

Storms on Neptune are dark in color because of the way the planet’s currents operate. There are three dominant wind jets on Neptune. One goes from east to west at the equator, and two others go west to east near the planet’s poles. The anticyclones form between these jets, pulling up darker material from below the top layer of clouds. From what we know of Neptune’s atmosphere, scientists have made some guesses about how a storm would behave when it dissipated. However, the reality is looking much different.

Previous simulations of vortex dissipation on Neptune predicted that the storm would drift toward the equator. As it neared the jet stream, the vortex would be torn apart and possibly produce an explosion of cloud activity. What’s actually happening is less visually impressive. The storm is drifting toward the south pole and slowly eroding as it gets closer. This is one of the places were Neptune’s winds can reach supersonic speeds. The vortex was 3,100 miles (5,000 km) across when Hubble first spotted it in 2015, and now it’s down to 2,300 miles (3,700 km). The rate could also increase is the vortex gets closer to the southern polar jet.

Hubble will continue watching the storm as it edges closer to the jet stream. Astronomers suspect the cortex will quietly dissipate in the coming years, which could provide vital insights into the weather patterns on Neptune. Carefully observing the storm’s death via Hubble can help scientists understand surface weather patterns as well as what’s going on under the cloud tops. 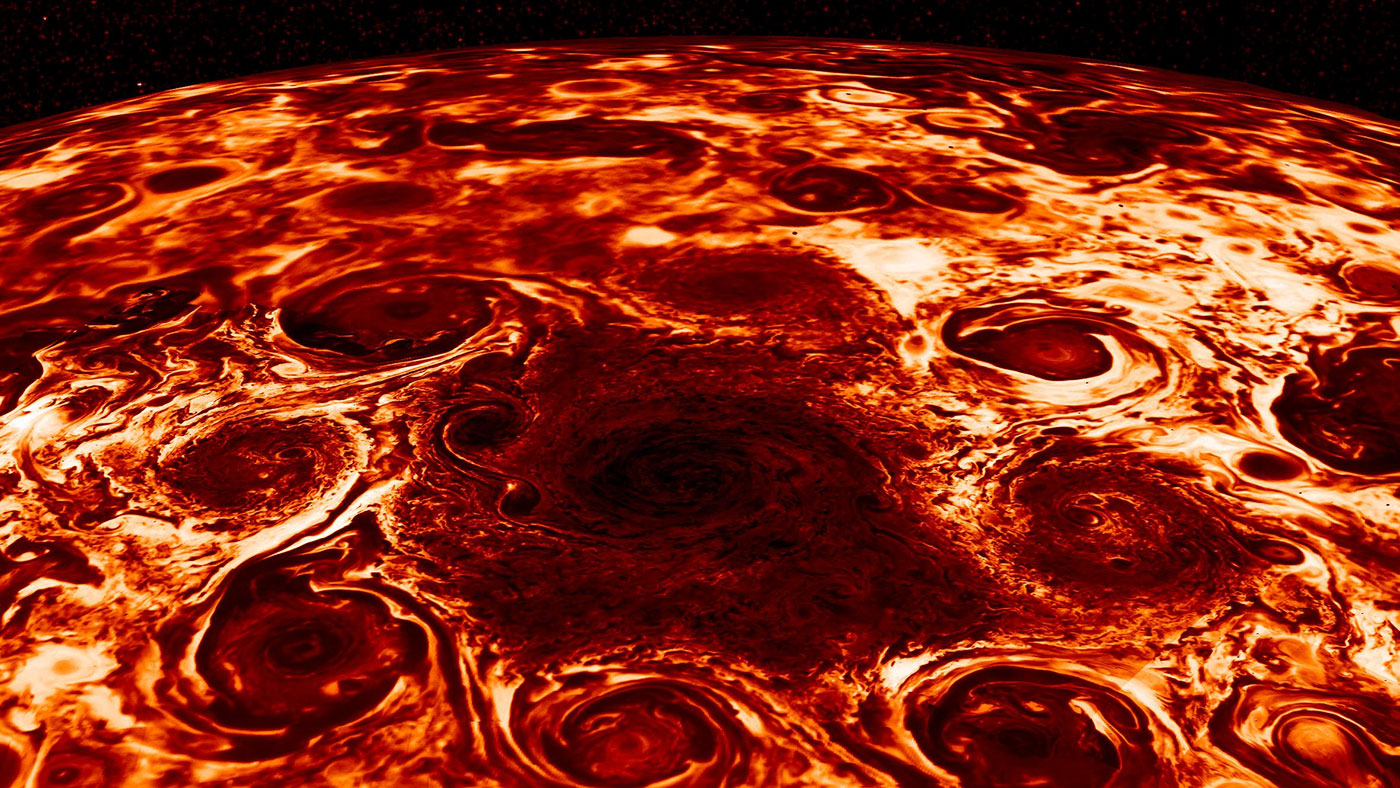 NASA's Juno probe has been in orbit of Jupiter since 2016, sending back fascinating images and data from the solar system's largest planet. In the latest set of discoveries, Juno reveals the wild octagonal storm at Jupiter's north pole and the depth of the planet's iconic stripes. 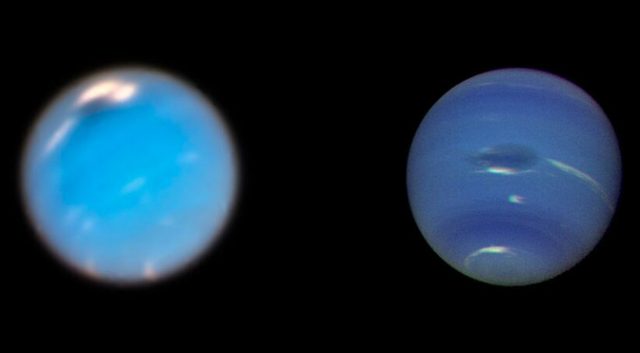 Astronomers Catch the Formation of a Dark Vortex on Neptune

After seeing several dark vortexes appear in the ice giant's clouds over the decades, scientists have finally been able to watch one form, and it was a big one.