The moon as it exists today is as desolate as planetoids come. It’s airless, geologically inert, and there’s no magnetic field. However, we know from the study of moon rocks brought back by the Apollo missions that the moon did once have a magnetic field. Scientists haven’t known why before, but they’re starting to piece it together. An inter-university team suggests that the moon’s mantle was once a tumultuous sea of magma.

Earth’s magnetic field is vital to our survival. While the sun offers life-giving energy, it also spews out radiation that could fry most living things. The magnetic field protects us from the sun’s more damaging effects. In order for a planet (or moon) to have a magnetic field, it has to have motion, liquid, and electrical conductivity. Earth gets these from its shifting molten core, so it might be tempting to assume the moon’s core was tasty when it was younger. Not so fast, say scientists.

The team created models to explain how the core could produce a powerful magnetic field, but none of them worked right. That’s when they took a different approach. If the moon had a shifting, molten mantle — the layer outside the core and under the crust — it might be able to generate a powerful magnetic field because it has greater volume and is closer to the surface. After plugging this into the model, the effect was dead-on.

If the researchers assumed a metal-rich mantle on the moon that circulated just above the core, the model produced the right kind of magnetic field to match moon rocks. This magma ocean hypothesis could also explain why the moon’s magnetic field faded away. The mantle would cool and solidify faster than the core, so the magnetic field disappeared as the mantle stopped churning.

The magma ocean idea fits the available data, but it’s still based on a model. Scientists might be able to confirm it by performing more magnetic measurements on moon rocks, but the best data would come from examining the moon’s mantle directly. Maybe one day.

Far Beyond the Stars: Improving Motion, Image Quality in the DS9 Upscale Project

We've never seen a magnetar come into being, but a new high-energy event several billion light years away might be the first — a kilonova that signals the merging of two neutron stars. 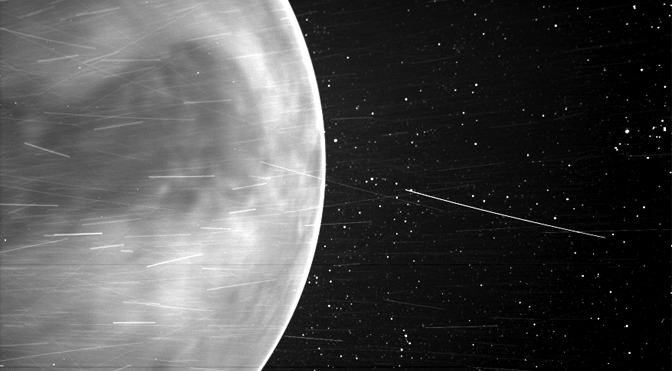 According to NASA, Parker spotted a previously unseen glow that could be a product of oxygen in the inhospitable planet's atmosphere. The unexpected clarity of surface features also has scientists reassessing how sensitive Parker's cameras are.