Last week, ARM announced its next-generation CPU architecture, the Cortex-A76. We’ve already covered the announcement and initial performance expectations, but in the wake of some additional deep dives and positional information, it’s worth revisiting whether this is finally the CPU that’ll take on Intel in the laptop market.

If you listen to ARM, it absolutely is. Mike Filippo, ARM’s chief architect, told CNET that he expects the Cortex-A76, which should be in-hardware by 2019, to have roughly the same performance as a Core i5-7300. Outfitted with more cache, Filippo expects that the Cortex-A76 could even compete with a Core i7. Actually pulling this off, even just in low-power laptops, would be an incredible achievement. But what would it practically mean for the computer industry, and why does so much ink get spent comparing products that have historically enjoyed so little overlap? Intel may have made a great deal of noise about entering the smartphone and tablet market, but it shipped few phones and its Android tablet business has been effectively finished for several years.

ARM vs. Intel: A Referendum on Intel CPU Designs

The reason these types of comparison spark so much interest, I suspect, is because enthusiasts are hungry to see if Intel (and to an extent the entire semiconductor industry) are telling the truth. For years, the basic messaging from Intel and various institutions has been that CPU performance is at a near-standstill not because of corporate shenanigans, but because the fundamental properties of silicon don’t support clock speeds much above 4.5GHz well, all of the well-known and easy tricks for boosting CPU performance have been played, and the best way to improve the performance of devices is to focus on doing so through other means. Intel, meanwhile, ran into real problems scaling its CPUs down into low power devices, and while we’ve discussed how this was much more a business decision as opposed to a fundamental lack of capability, there are still people who believe that Intel’s refusal to design high-performance microprocessors is responsible for the lack of forward progress.

If you subscribe to this argument, Apple’s leadership position in ARM silicon, rumors that it wants to remove Intel CPUs from all of its systems, and the Cortex-A76 are all proof that either Intel or some other fundamental facet of the ecosystem (like the x86 ISA) is holding back computing. In this telling, Intel’s longstanding process node leadership was essentially a desperate attempt to cover for fundamental problems in the x86 ISA that will now be exposed. Exactly what the gains are (or would be) tends to vary — some people think Intel is sitting on performance improvements, while others think it’s power consumption that could be substantially improved. But either way, the idea here is that a new approach to computing driven by ARM would prove superior to anything Intel and the x86 architecture have achieved, throwing open the floodgates to new computing opportunities.

What if ARM Builds a Better SoC?

For the sake of this discussion, I’m defining “better” to mean “a CPU that matches or exceeds customer performance requirements while matching or exceeding on battery life.” In order to really threaten Intel’s mobile market, a non-x86 CPU will need to demonstrate superiority on at least one of those two metrics.

If ARM could pull this off, it could upend the entire PC industry. Being able to smoke Intel on performance or battery life in apples-to-apples comparisons running native code would represent a true coup. It would make those of us who have insisted the laws of physics make this more-or-less impossible look extremely stupid and overturn previous studies on the absolute impact of ISA on CPU performance. But even in a scenario in which ARM has built a better SoC under Windows 10 than Intel fields, both in terms of power consumption and performance, there’s still the minor issue of backwards compatibility and emulation. Reviews of Snapdragon 835 systems have made the point extremely well; emulated 32-bit x86 performance under Windows 10 may help satisfy necessary compatibility requirements to make these systems attractive, but it doesn’t hold a candle to native x86 performance — to say nothing of using 64-bit software. The chance that ARM manages to build a CPU core so superior to an Intel x86 CPU that it can beat the latter when running emulated code is effectively nil.

As Microsoft learned with Windows RT, the software compatibility issue is a real problem that can sink an otherwise attractive product if it isn’t properly handled. And while questions of software compatibility are separate from hardware performance, as a practical question of market share we have to address both. Pushing into Intel’s core territory means offering advantages so compelling, people are willing to tolerate software incompatibilities, which means the gains have to be pretty damn big.

I expect the overall impact of the Cortex-A76 on the existing x86 ecosystem to be modest. The performance improvements ARM is promising will improve emulation performance and boost native code. It may help encourage greater adoption of the ARM variant of Windows 10, and since ARM has no real laptop market share, any gains on that front are revenue-positive for the company. But ultimately, I believe the issues constraining CPU performance are constrained by physics, not clever ISAs or better caching strategies. Slashing into Intel’s desktop and laptop market share is likely to remain a difficult task. 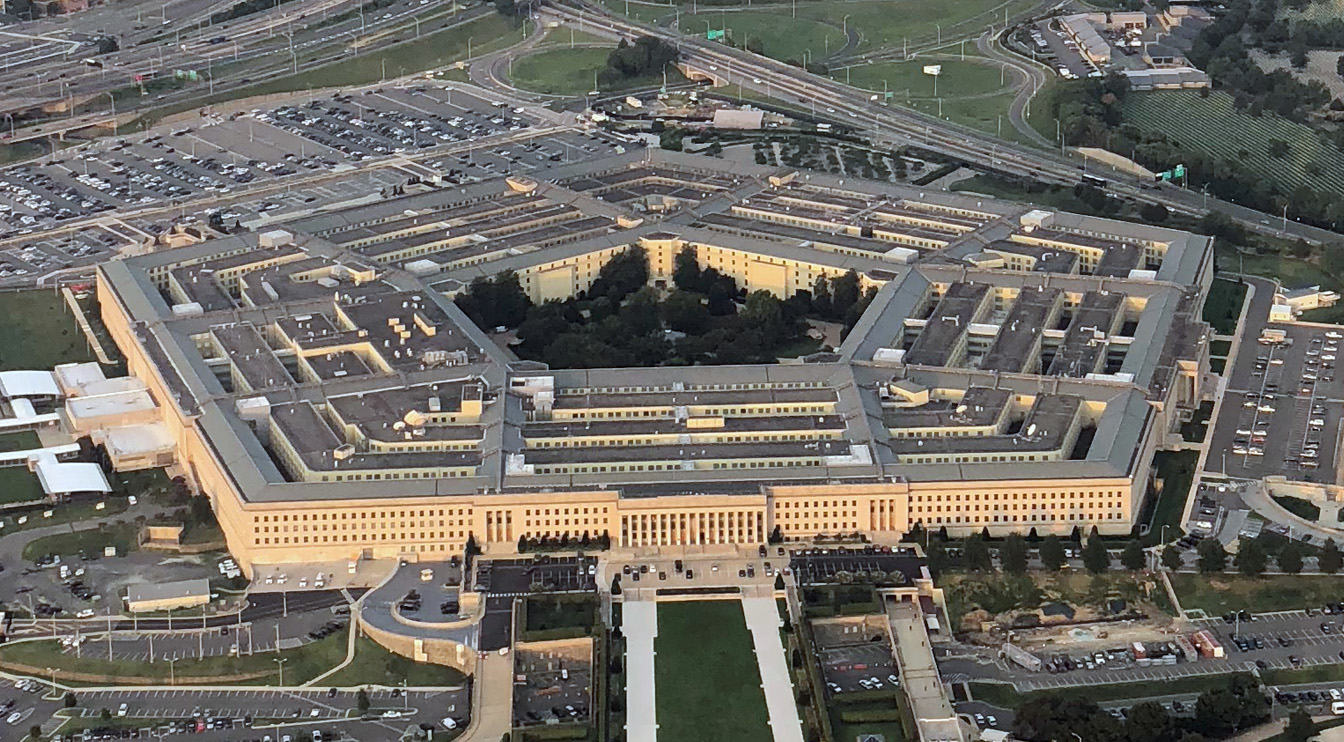 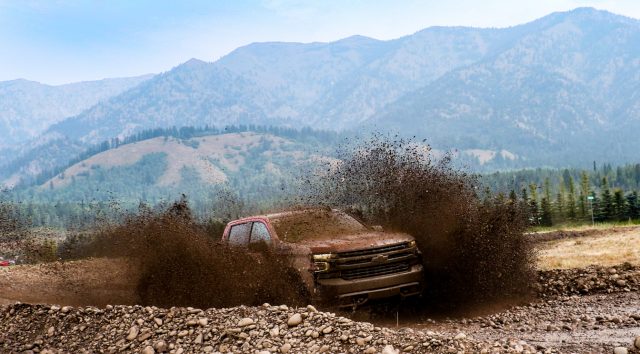 Chevy makes big strides with the 2019 Silverado. Now anyone can hitch up a trailer. Or splash through mud and over rock-strewn surfaces. The Ford F-150 has serious competition. 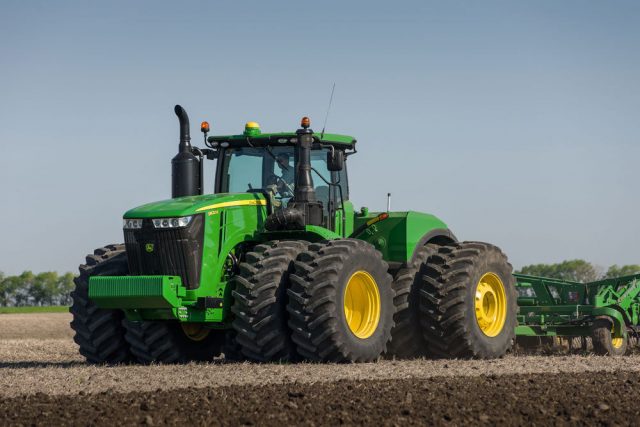 California farmers fighting for the right to repair got hosed by their own lobbying arm. 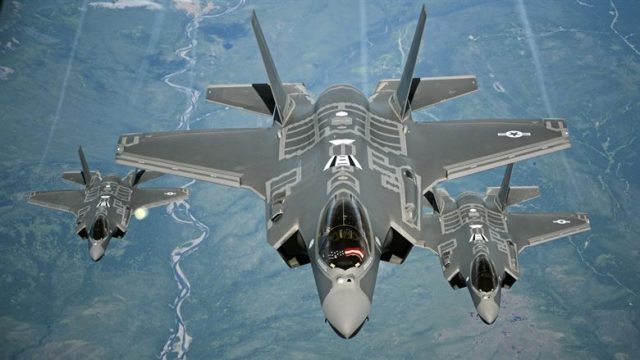 The US Just Grounded the Entire F-35 Fighter Fleet

The entire US fleet of F-35's has been grounded for inspection following the first aircraft crash in late September.