Intel’s decision to fire CEO Brian Krzanich for his decision to engage in a consensual violation of company policy has sparked a raft of think pieces on the topic, including those revisiting Intel’s current market position and its relative strength against companies like Qualcomm and AMD. One argument making the rounds is that Intel’s continued insistence on primarily manufacturing its own chips is causing problems for the company. But is it true?

First, let me say this: I don’t think it’s crazy to see a link between Intel’s recent announcement that it would delay 10nm into 2019 — possibly even the back half of 2019 — and Krzanich’s dismissal. I have absolutely no inside information on this topic, and it’s possible that Intel would’ve let Krzanich go even if 10nm had executed flawlessly. But 10nm didn’t execute flawlessly, and that failure is going to have consequences. Is focusing on manufacturing chips for other people the answer for Intel? I’m not sure.

I want to make it clear that I’m drawing a distinction between Intel’s failure to adapt its own manufacturing model to the needs of the lower-cost mobile market and the question of whether Intel should try to serve as a general purpose foundry for other manufacturers. We’ve previously discussed how Intel was unwilling to modify its fabs to compete with TSMC on cost and manufacturing techniques, and pursued a strategy that kept Atom’s prices higher and forced the company to ship hardware contra-revenue. There’s no doubt that the company failed in its efforts to enter the mobile market.

But the argument that Intel should be trying to build chips for other companies falls a bit flat when you consider the reasons why so-called “pure play” foundries exist — specifically, they exist because in the past, before TSMC was founded, trying to buy capacity at IDMs (integrated device manufacturers) that built primarily for themselves raised real questions of conflict of interest, and whether your partner might attempt to take advantage of IP you shared with them for manufacturing purposes. The fact that this system didn’t work so well is why TSMC and later foundries enjoyed tremendous success for decades.

The argument that Intel’s integration has become harmful is laid out in an excellent article at Stratechery, but the basics of it are this: Intel faces competition from the remaining pure-play foundries — GlobalFoundries, Samsung, and TSMC. The success of those foundries in moving to 7nm while Intel struggles with 10nm is evidence that Intel has been outmaneuvered by these three companies, who are pushing into new markets while Intel struggles. Its 10nm node is delayed. It canceled its Knights Hill Xeon Phi chip. It’s working on new GPUs to replace the technology that has largely stagnated since Skylake, and its returned to the 14nm well to once again attempt to wring fresh performance out of its cores, all while companies like ARM are moving ahead with chips like the Cortex-A76.

These events definitely represent a threat to x86 and Intel. But there are some historical factors to keep in mind as well.

Back in 2005 Intel looked like a bad joke. From 2000 to 2005, Intel saw its chipset market share sag as VIA took a huge chunk of the Pentium 3 chipset market. Its attempt to dominate the memory industry with RDRAM and a Rambus partnership blew up in spectacular fashion. The original Willamette Pentium 4 was worthless, and while Northwood blew the doors off AMD, Prescott promptly appeared and demonstrated that all the P4 critics were right — it just took a few years for the rotten fruit of the Netburst architecture to truly show its colors.

When dual-core Pentium 4’s finally launched, they looked wretched next to AMD’s dual-core Athlon 64 X2’s. For the first time, in every benchmark suite or category one could name, AMD could claim the performance crown. Outside of a bare handful of specific applications, there were no tests where the Pentium 4 Smithfield won. As wrote at the time:

We’re more concerned with real applications, and when it comes to those, we have a hard time finding any situation where a dual-core Pentium comes out ahead of a dual-core Athlon 64. Even in most single-threaded apps, AMD takes the cake. Games are an absolute blow-out, with the Athlon 64 X2 handily outstripping even a liquid-cooled Extreme Edition dual-core Pentium overclocked by 25 percent. And it’s not just games: The X2 beat the massively overclocked Pentium in DivX encoding and LightWave rendering, and basically tied it on the 3ds max SPEC APC test.

Some of the aforementioned gaming results from 2005. The P4’s here are all Prescott-based. The P4 Extreme Edition is dual-core + HT.

Fourteen months later, Intel launched the Core 2 family and dominated the PC industry for the next 11 years, until the launch of Ryzen. These comparisons and issues can change, and they can change on a dime.

The other major factor that plays into this situation is the question of whether anyone can find meaningful ways to accelerate performance past anyone else as the great silicon scaling train slowly winds down. We’ve already discussed a bevy of problems facing the industry at 3nm. EUV integration continues, but there’s a certain amount of “We’ll fix it in post” thinking powering that effort. Increasingly, the future of silicon looks like one in which every ISA, architecture, and approach to building CPUs winds up stuck on the same performance and power curve, with only minor differentiation between them. If this happens, the scales could tilt even more against Intel — if all silicon is the same, and price becomes the only differentiator, you can bet companies will swiftly standardize on price.

For now, x86 can avoid this fate by leaning on the mother of all vendor optimization strategies. Windows may offer some x86 emulation to entice buyers towards low-end Snapdragon 835 systems, but nobody looks at those systems and thinks they’re competitors for the x86 consumer systems that Intel sells. At the same time, announcements like the Snapdragon 850 and Snapdragon 1000 are evidence that Intel could face competition higher up in the product stack in 2019 and beyond. But just as Intel’s strategy for AMD once involved giving the company the lowest-end of the consumer market and constraining it from everything else, the firm seems to have a plan for dealing with ARM’s potential encroachment into the consumer space — by focusing on other markets.

Talking about ARM’s threat to Intel in the consumer space feels a bit like arguing over a decision that’s already been made. Intel took consumer PCs out of its own core business pillars. Microsoft has reorganized Windows as one component of Azure. It’s clear that the WinTel Alliance no longer views consumer hardware as its own primary play. Instead, both Microsoft and Intel are moving towards servers, data centers, cloud computing, and other endeavors.

A glance at the operating income sheet tells the story of where Intel believes its future lies, and it isn’t in consumer hardware. It’s servers, data centers, the IoT, and non-volatile solutions like Optane (which Intel is working to integrate into systems as a must-have feature, even when we strongly disagree with that messaging). Far from moving to open its fabs up, Intel is working to attract new customers less affected by chip commoditization trends. The company’s attempts to win customers on the foundry side simply haven’t enjoyed that much success; after a prominent announcement about LG as a customer for 10nm, we haven’t heard more from Intel on this side of the business. If Intel was enjoying much success in attracting foundry customers, we’d have heard about it already.

It’s possible that Intel’s fabs and investment in its own integration represent a kind of straitjacket that the company now struggles to escape. But short of selling its own fabs, spinning them off into their own company, or building all-new facilities intended to compete with the Samsung, GF, and TSMC’s of the world, it’s not clear what Intel can do to meaningfully address this problem. It doesn’t seem to have attracted more customers to its existing foundry efforts and it bought Altera, it’s one major customer. Rather than divest of its own foundries, Intel appears to have taken a different tack, and is focusing on winning space and business in markets where higher costs are more accepted and firms are willing to pay premiums for advanced products and features.

Despite the failure of its manufacturing division to deliver 10nm, Intel still builds the most complex microprocessors on the planet with the highest number of transistors and cores integrated into a single monolithic block of silicon. That expertise is worth tens of billions of dollars to Intel, and it’s understandable that they’re loathe to tear up a business model that’s worked so successfully for over 30 years. But I suspect Intel’s answer to the integration problem some have observed is precisely the pivot to data center and certain segments of IoT where it hopes to compete in new, less commoditized spaces, thereby spinning its expertise in design into products other companies can’t match. That could well turn out to be the wrong answer — but it is an answer. 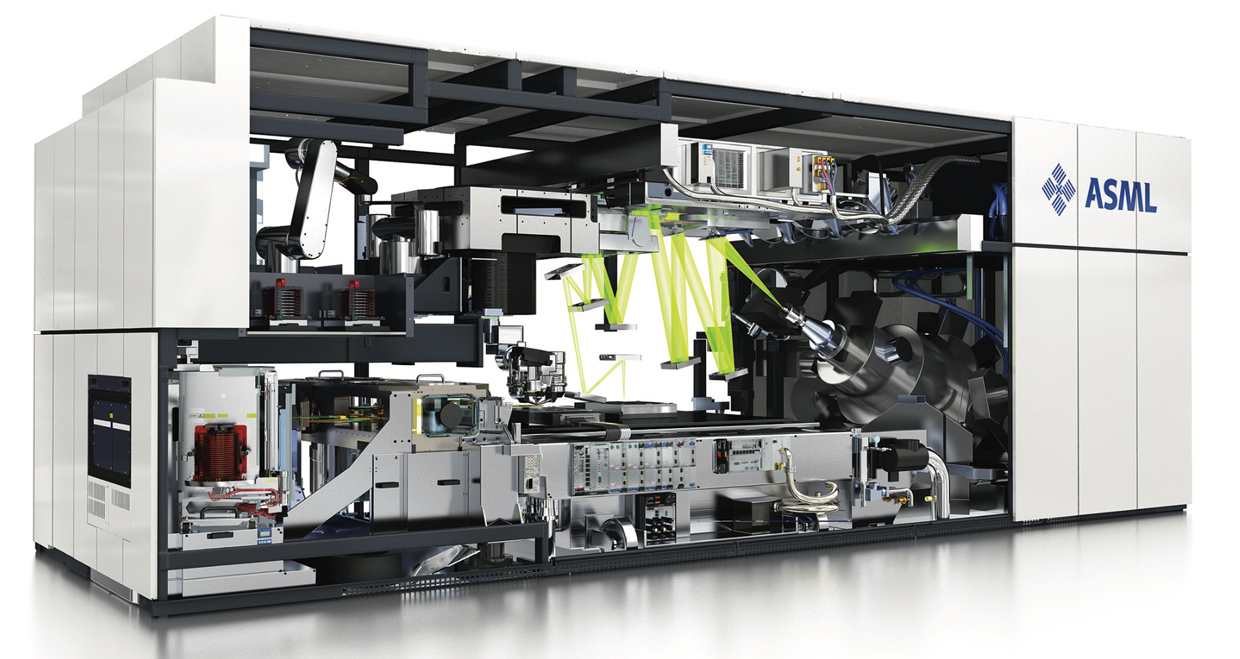 TSMC, GlobalFoundries, Samsung, and Intel are all integrating EUV at future process nodes, even though major research firms are warning about high defect densities and other problems. Why the rush? 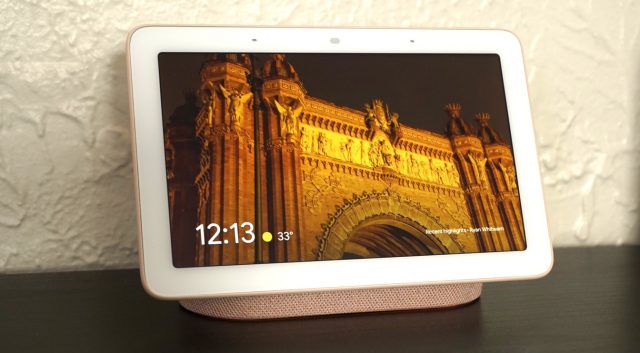 Google is making changes to broadcasts, smart display info cards, routines, and even the Google Clock app. The new features are rolling out right now to your Assistant devices. 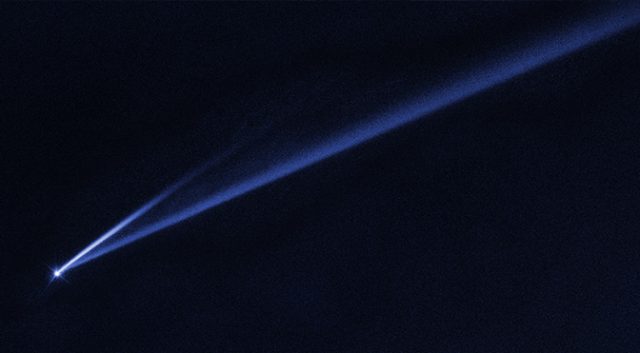 The object known as (6478) Gault is spinning so fast that it's tearing itself to pieces. The result is a comet-like tail, which attracted the attention of researchers on the lookout for supernovae.