The automotive alliance of Nissan, Mitsubishi and Renault are partnering with Google to use the Android operating system in their cars starting in 2021. For motorists, it means their cars will be more Google-centric without entirely kicking out Apple. Google Maps will provide low-cost in-dash navigation, and the “rich ecosystem of automotive apps” in the Google Play Store can be installed.

The three amigos of automaking like the deal because they can design their own interfaces, rather than be stuck with a common interface the moment a driver plugs in an iPhone and the CarPlay interface loads.

The deal is a coup for Google. Smaller carmakers such as Volvo already embed Android Auto in their cars. Most of the software has been provided by QNX, Linux, and a fading Microsoft (at least for an in-car OS). Automakers had been nervous about letting the noses of Apple or Google under the tent in the belief the two camels would soon be entirely inside. The Alliance, as Renault-Nissan-Mitsubishi call themselves, is a sign they’re not unhappy partnering with Google, and they believe Google won’t try to grab all the revenue from future in-car services that are controlled by the head unit. Renault owns 43.4 percent of Nissan. Nissan holds 15 percent of Renault and 34 percent of Mitsubishi Motors. The three sell almost 11 million cars a year worldwide.

Generally, the more prestigious the brand and the costlier the car, the more likely the owners use Apple iPhones — even if 80 percent of the world’s phones run on Android. But there are exceptions: The majority of Nissan owners in the US have iPhones. So the Alliance has to make sure Apple devices can be accessed and used in a way that justifies paying as much as $1,500 for their phones. What the CarPlay interface looks like in the future is uncertain. Every automaker, not just the Alliance makers, don’t like that CarPlay looks essentially the same on a BMW, Mercedes, or Nissan. Apple itself acknowledged it needs to play nice in the sandbox: iOS 12 will allow Google Maps, the best phone nav software, and Waze, arguably the best traffic manager and cop-car finder, to be supported. Apple isn’t shut out. According to an Alliance release:

Drivers and passengers will be able to leverage Google and Android’s capabilities to access an ecosystem that includes thousands of existing applications and an ever-expanding array of new apps. This integration, combined with the broad knowledge and a vibrant community of developers, will enable easy in-vehicle access to popular applications. The system will also be compatible with devices running other operating systems, such as Apple iOS. … Each brand will have flexibility to create a unique customer interface and specific features on top of the common Android platform.

The new head units that arrive in Alliance cars starting in 2021 will control vehicle functions using Google Assistant voice commands, although the wake words to trigger Assistant might be, “Hey, Rogue,” if you own Nissan’s best-selling SUV.

With winners come losers. Microsoft has virtually fallen off the radar; its Sync operating system launched in 2008 but never developed traction. Microsoft remains a strong background supplier of cloud services to automakers. The mapping company TomTom was hard hit by the announcement and its stock fell by a quarter Wednesday in the wake of the announcement. TomTom and Here provide most of the mapping software to automakers. Many automakers privately say onboard navigation costs so much because they pay a lot more for the map data when it’s licensed for a car than for a phone or dash-top GPS system. The combination of this deal and the advent of center-stack color LCDs on many cars might make on-board navi standard on many more cars. It also means more cars will get integrated telematics modules with cellular modems, and the possibility of Wi-Fi hotspots.

At the high end of the food chain, luxury automakers BMW and Mercedes-Benz vow to develop their own connected services and voice assistants. A high-end automaker might still decide to sit atop QNX, or even Android, as the software that the user doesn’t see. 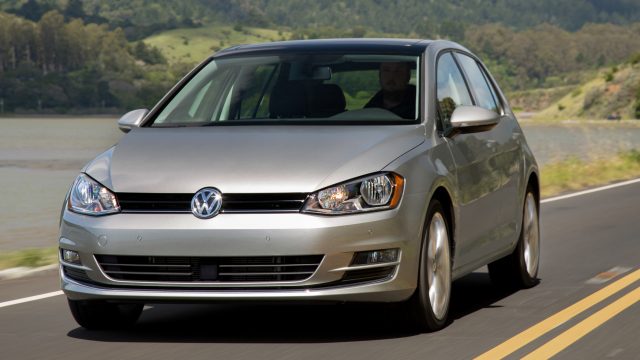