The 2019 Volvo V60 is the car of every auto writer’s dreams: a station wagon. That performs. Whether this compact, almost-midsize wagon will sell is another matter. Writers tend to like cars outside the mainstream, especially ones they drive for a week rather than own for years. You might like this one, too.

With the introduction of the fascinating V60 compact wagon and the sibling S60 compact sedan, Volvo has now completely renewed its line of cars since finding a new savior: China’s Geeley, which invested $10 billion plus. Under Ford’s ownership, the brand spent a decade treading water. Volvo is back in a big way now. Every model now uses Volvo’s Scalable Product Architecture (SPA) and a modular four-cylinder engine that can also have a turbocharger, supercharger and battery-electric boost. The 2019 Volvo V60, an all-new model, is five inches longer and two inches higher than the outgoing wagon. 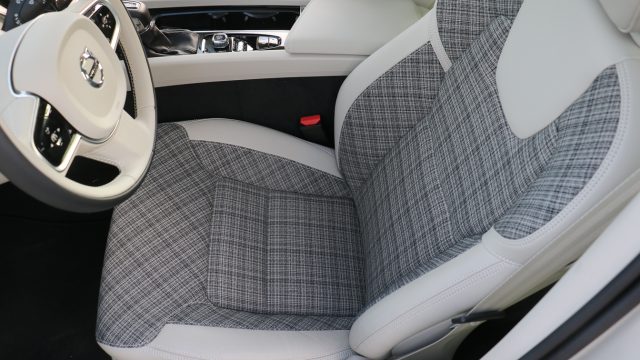 Volvo City Weave cloth, a simple plaid, is inset into the seats of the V60. Leather or premium leather is also offered. 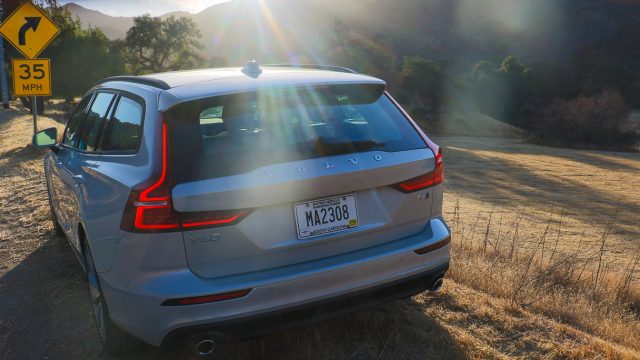 Believe it or not, owners of upscale wagons are typically higher net worth than the ones driving sedans. 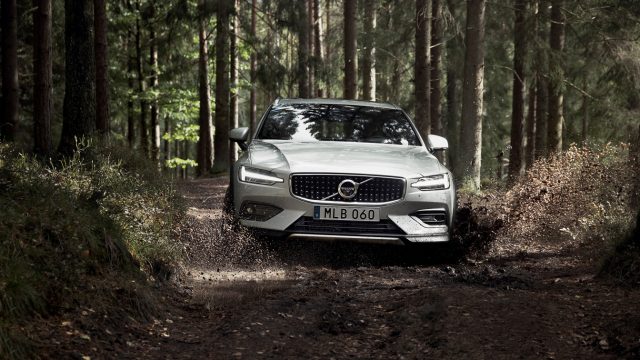 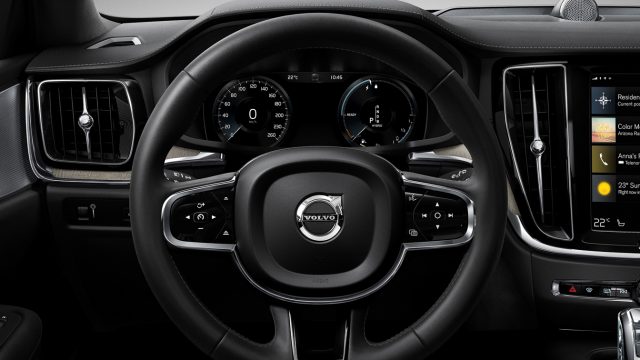 The steering wheel and controls of the V60. 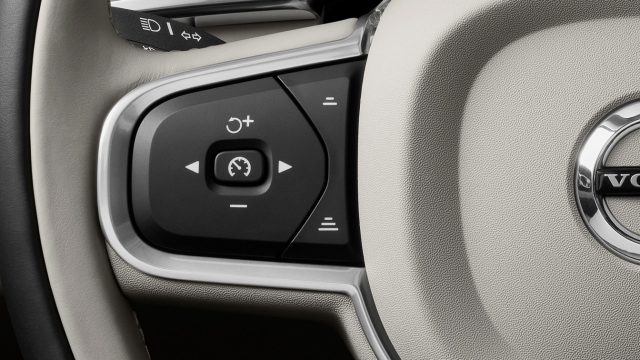 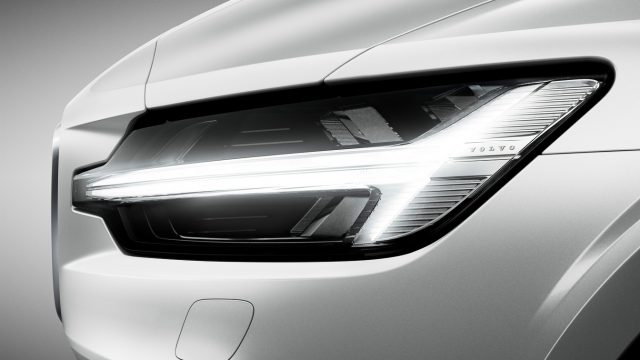 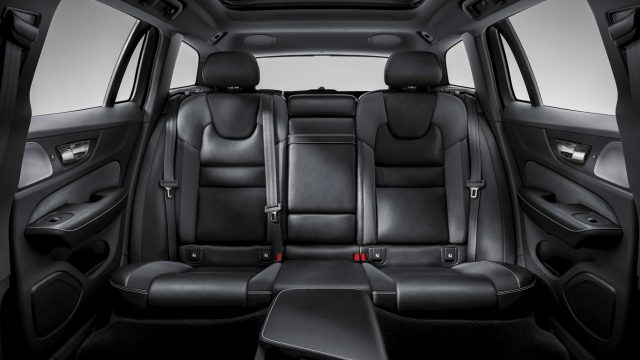 V60 R-design interior. The wagon has two rows and seats 5. New Volvo T6 Inscription in Pebble Grey. Inscription is the top trim line; it runs about $10K more than Momentum but with lots more included.

In a recent test drive, I found the V60 to be smooth, comfortable, quiet around town, and self-assured cruising the highway. It’s also an independent highway cruiser, with Pilot Assist providing Level 2 automation that steers within the current lane and paces cars ahead of you. Pilot Assist and all other L2-automated vehicles require you to keep hands lightly on the wheel. It is enough automation to ease the effort of long highway drives, as well as rush-hour driving.

The V60 measures 187.4 inches long, 4.9 inches longer than the outgoing V60 with a 3.8-inch-longer wheelbase for more second-row comfort and better visual proportions from the side. It’s also 2.2 inches lower, meaning it’s easier to load bikes and skis atop the car, as one reviewer noted (omitting only that the roofline is also lower inside). The sleek V60 is no longer an Ikea box on wheels.

The Scandinavian influence makes the cockpit one of the finest in autodom: less of the murky blacks that German cars used to prefer foisting on buyers, none of the bordello-on-wheels look of some over-the-top Asian and American cars. The 9-inch Sensus tablet display in the center stack reminds you of an iPad, most likely as Volvo intends. It’s not instantly usable, but once you’ve spent a couple days with it, you’re fine. Tip for newbies: If you don’t find what you want, tap the Menu button, and also swipe one screen left or right. It’s all there.

Volvo’s engine architecture is also modular. For the V60, the common-core four-cylinder Drive-E system incorporates a turbocharger and produces 250 hp. That’s the T5 engine and it’s offered on both front- and all-wheel-drive Volvos. The T6 is the same four-cylinder, with both turbocharger (exhaust gases spin an impeller that forces more air into the engine) and supercharger (a belt drives the impeller), producing 316 hp. Initially, the T6 is front-drive only. Both the T5 and T6 get an eight-speed automatic. If you want 400 hp, that would be the T8 with turbocharger, supercharger, and electric-motor assist in a plug-in-hybrid version. That’s expected sometime after launch. Smaller Volvos will offer a three-cylinder modular powerplant, the T3, with 1.5 liters displacement.

For most people, even the T5 will suffice, but the “twincharger” T6 is nicer and provided serious on-ramp acceleration. And therein lies the rub: Volvo’s modular four, when pushed hard, lacks the smoothness of some competing four-cylinders. It’s possible Volvo can continue to tune the engine and possibly use acoustic controls from the audio system to counteract some of the sensations. Volvo audio partner Harman-Kardon has been working on this issue for years, and the findings may also allow for individual audio piped to the four main seating positions.

A roller wheel on the console selects four drive modes: comfort (the default on restart), dynamic, eco, and off-road. It’s next to the crystal start-stop knob (where crystal looks a little more out of place in a wagon than in a sedan).

On semi-rural roads where you could push the V60, suspension compliance was good unless you pushed the car like you were autocrossing. For the bulk of your driving, engine and suspension are aspects you just won’t notice. Also, Volvo is likely to do a sport-oriented Polestar version down the road if you want a performance wagon.

As Always in a Volvo: Safety First

Volvo has always been known for safety. Volvo bundles forward-collision warning and automatic emergency braking into a feature it calls City Safety II. Volvo says it can prevent crashes altogether at or below 30 mph and can detect oncoming vehicles, left-turning vehicles, pedestrians, bicyclists, and larger animals (sorry, kitty). Previous City Safety offerings in earlier Volvos worked exceptionally well. Based on only a brief period testing City Safety II, I’m convinced this matches or raises the best the industry has to offer.

Volvo also offers all other key safety features — adaptive cruise control, blind spot detection. Others, namely Toyota and Honda, do a better job highlighting the core safety features with an umbrella name, much the way Volvo does for City Safety but not for ACC, BSD, and FCW. Volvo’s run-off-road protection is unique: The seat collapses slightly when the car hits a hard bump after, say, heading down an embankment, absorbing forces that would otherwise damage the spine.

The 2019 Volvo V60 arrives early in 2019. It has few competitors other than the BMW 3 Series wagon, Audi A4 Allroad Quattro, and Buick Regal TourX. The Mercedes-Benz E-Class wagon is bigger and far more costly.

The V60 will come in three trim lines that include what others offer as options packages: the entry Momentum (still well-equipped), sport R-Design, and upper-level Inscription. The Momentum will probably start just over $40,000. Options will include blind spot detection in a premium package; a head-up display, surround view cameras, Pilot Assist II, and steerable headlamps; and premium sound, navigation, and a 12.3-inch LCD instrument panel. Those three packages would put you close to $50,000.

Beyond the V60, there will be a V60 in high-water pants called the V60 Cross Country for those who want to do mild off-roading. That comes later in 2019. Most buyers who come in looking for Volvo’s best-selling model, the XC60 SUV, will probably not want to give up the taller ride height and additional cargo capacity. But the ones who come looking for the S60 sedan should take a look. One of the lesser industry secrets is that between a sedan and wagon from the same model family, the wagon carries more status. It connotes people who shop for rare paintings on weekends and bring them home, in the cargo bay, after winning those auctions.

Against the Audi and BMW wagons, the Volvo on paper may well be more comfortable and more affordable, especially since there are so many BMW or Audi options packages you can buy. 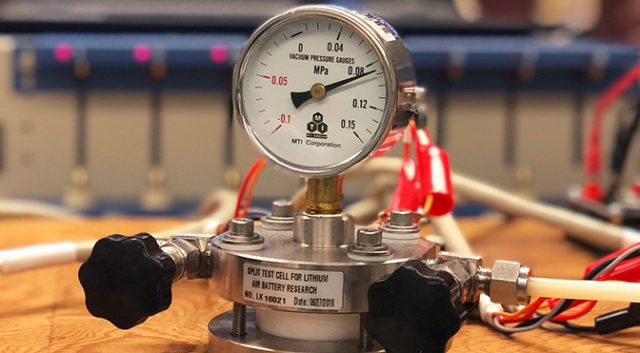 Lithium-air batteries have great capacity but tend to break down in a matter of weeks. A new design that tweaks the Lithium-air reaction could finally make these batteries viable for long-term use. 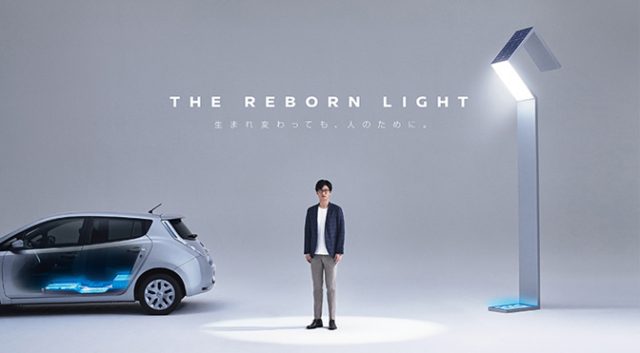 Apple is prepping three major phone introductions this year and planning to kill two recent products to fit them in its lineup — or so the story goes.