Seagate plans to push new magnetic hard drive technologies to market in the next 5-7 years, culminating with magnetic drives capable of storing as much as 100TB of data. That would be a marked improvement from the present day — current top-end spinning drives hold 14TB, and capacities haven’t grown particularly quickly in the past few years. We’ve seen drive sizes nudge upwards bit by bit, helped by the advent of helium, but nothing like the rates we once took for granted. Price improvements per-GB have slowed dramatically and the difficulty of moving from perpendicular recording to more advanced methods of writing data to drives at higher densities has slowed overall progress as well.

One can make a cogent argument that this is what drove the adoption of helium in the first place. Manufacturers would never have spent so much time and effort trying to stuff a noble gas into a sealed container as a means of squeezing more platters into the same space if they could’ve just built denser platters to start with. Now, Seagate clearly thinks it’s turned a corner with HAMR — Heat-Assisted Magnetic Recording — that will allow it to dramatically boost drive capacities once more.

Seagate will launch a conventional perpendicular drive at 16TB before it begins deploying HAMR technology at the same drive capacity, scaling up to 48TB drives “early next decade” according to Hexus, before arriving at the 100TB marker. As the name implies, HAMR heats the drive material for less than a nanosecond before attempting to write to the drive. Data can be written to the heated material with a much smaller magnetic field and at much higher densities, though the degree of technical challenge is enormous. It’s worth quoting a bit of the Wikipedia entry, in this case:

The technology was initially seen as extremely difficult to achieve, with doubts expressed about its feasibility as late as 2013. The regions being written must be heated in a tiny area – small enough that diffraction prevents the use of normal laser focused heating – and requires a heating, writing and cooling cycle of less than 1 nanosecond, while also controlling the effects of repeated spot-heating on the drive platters, the drive-to-head contact, and the adjacent magnetic data which must not be affected. These challenges required the development of nano-scale surface plasmons (surface guided laser) instead of direct laser-based heating, new types of glass platters and heat-control coatings that tolerate rapid spot-heating without affecting the contact with the recording head or nearby data, new methods to mount the heating laser onto the drive head, and a wide range of other technical, development and control issues that needed to be overcome.

Shipping HAMR drives will be a genuine technological achievement, even if spinning disks themselves don’t get much love these days. But this raises an interesting question in and of itself: While Seagate, Western Digital, and Toshiba all have major plans for the data center and the future of cloud deployments will undoubtedly continue to demand enormous amounts of storage, it’s not clear what the mainstream consumer market for these high-capacity drives practically looks like. Most of the spinners I own are still in the 2-4TB range, and I haven’t really felt pinched to move to higher capacity hardware for years. 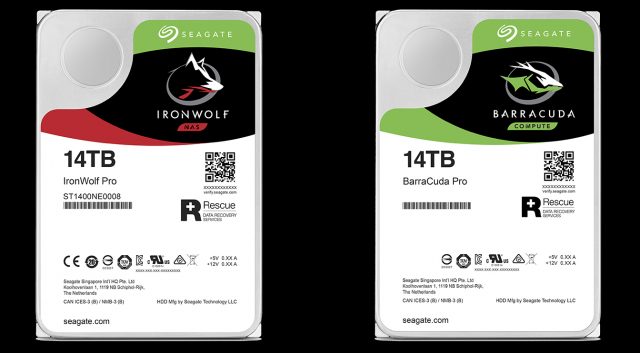 Hands On With Seagate’s 14TB IronWolf and Barracuda Pro Drives 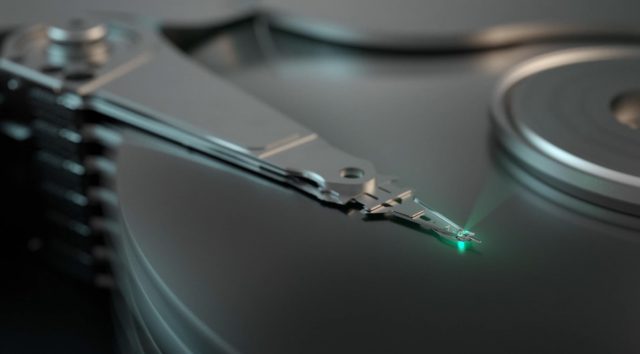 Seagate has announced the successful completion of a 16TB HDD built using HAMR (Heat Assisted Magnetic Recording) in its own internal labs. 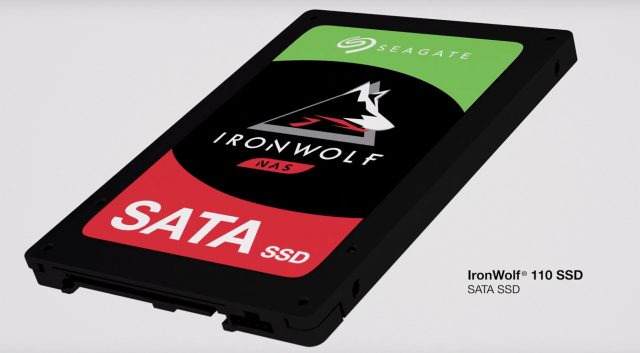 Announced at CES 2019, Seagate is about to ship the first line of SSDs optimized for network server (NAS) workloads. We put a couple of review units through their paces.