Starting late last year, Apple included a new custom security chip in its computers called the T2. Ostensibly, the T2 is a co-processor intended to keep your system secure by managing sensitive functions like encryption and secure boot. However, Apple also uses it to verify repairs made to systems. Right to repair advocates have been angrily complaining about this for months, and now Apple confirms the T2 may lock you out following an unauthorized hardware change.

The custom T2 chip is integrated with the logic board on all Macs from the late 2017 iMac Pro forward. So, that includes all those new computers Apple has rolled out in 2018. When talking about the T2, which Apple does sparingly, it focuses on the security aspects like storing your system’s cryptographic keys. However, it also interfaces with Apple’s proprietary system configuration software known as Apple Service Toolkit 2 (AST2). Apple only gives AST2 to authorized repair centers, and without that tool, your computer might be dead.

Leaked repair manuals laid the situation out for us several months ago, but now Apple has confirmed: T2 verifies the authenticity of hardware in your system. So, replacing certain components like the logic board or Touch ID sensor could trip the T2 security sensor. Apple internal documents say technicians should run AST2 for any repair that touches the display assembly, logic board, top case, or Touch ID board. Although, Apple has said that display replacements should not usually trip the T2. iFixit managed to replace the display and logic board on a Mac recently, but they were using authentic Apple parts from another machine.

The newly announced Mac Mini and MacBook Air both have a T2 chip. So, if they suffer from a busted keyboard or overheating issues (both of which have been problems for Apple in the recent past), you’d better make sure you take them to an authorized repair center. You could argue that Apple does this to make sure the parts you get via repairs are authentic and high-quality. But then why not make the AST2 software more widely available? This feels more like Apple trying to maintain a stranglehold on Mac repairs.

Recent changes to copyright exemptions make it legal to circumvent DRM protection schemes, but that doesn’t help much here. Apple doesn’t have to make repairs easy, and it doesn’t have to provide instructions. The company is fiercely opposed to legislation that would force it to allow third-party repairs. For now, the T2 is a fact of life for Mac buyers. 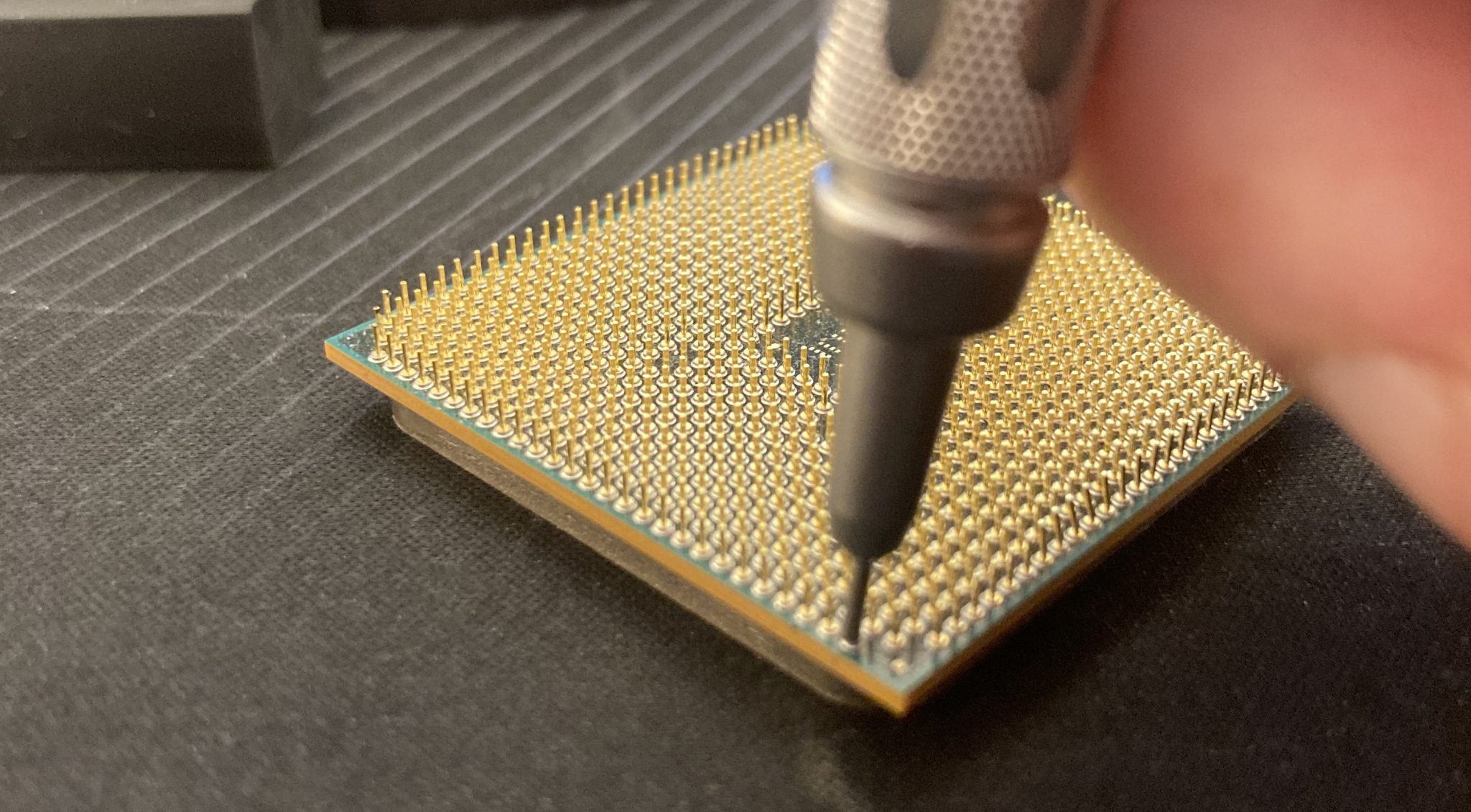 How to Repair Bent AMD CPU Pins With a Mechanical Pencil

If your AMD CPU has bent pins, you may not be entirely out of luck — even if the pins are smashed flat. Here's how we brought back two CPUs from otherwise-lethal injuries.