The renowned physicist Stephen Hawking passed away last year, but his groundbreaking work lives on. A team of scientists from Israel believe they’ve confirmed one of the late scientist’s most famous predictions. Using quantum superfluid, the researchers may have found evidence that so-called “Hawking radiation” is a real phenomenon of black holes. The effects of this work could change the way we understand the universe and the fate of stars.

Decades ago, Hawking’s groundbreaking theoretical work on black holes set forth numerous predictions. In the intervening years, many of them have been proven accurate. Hawking radiation is one of the most interesting and mind-bending of his black hole hypotheses, but it’s been very difficult to test until now.

According to Hawking, the bizarre realities of the universe at the quantum level mean that black holes don’t last forever. They “bleed” energy over eons and eventually evaporate. Hawking noted that from a quantum perspective, the vacuum of space is not truly empty. Pairs of virtual particles should be flashing into existence for infinitesimal slivers of time before re-combining and annihilating. A black hole, however, could disrupt that process.

A black hole has such intense gravity that even light cannot escape the event horizon. Thus, those virtual particles might also be pulled in. It’s therefore conceivable that on rare instances, one particle from a pair is pulled into the black hole but the other escapes. In that instance, the black hole would experience a net loss of mass in the form of this Hawking radiation.

Because the “signal” from Hawking radiation is so tiny, we lack the technology to measure it around a real black hole. The team from the Israel Institute of Technology (Technion) turned to a black hole analog, which is a very new concept first demonstrated in 2009. Rather than pulling in light with intense gravity, the analog is a Bose-Einstein condensate (BEC) of ultra-cold rubidium atoms that moves faster than the speed of sound. So, it creates an “event horizon” for sound.

In the experiment, the team used pairs of complementary sound waves to stand in for virtual particles. One of the waves moved past the sonic event horizon, and the other moved away. The team was able to measure the system’s radiation, confirming that its temperature was determined only by the speed of sound and its flow. It emitted a continuous spectrum of wavelengths, which matches Hawking’s theories on black hole behavior.

This is the second experiment from Technion demonstrating Hawking radiation in this fashion. The new experiment features much more sensitive instruments, adding more support to the theory. The next step is to repeat the experiment to track changes in the BEC over time. One day, we may even be able to apply the lessons learned to study real black holes. 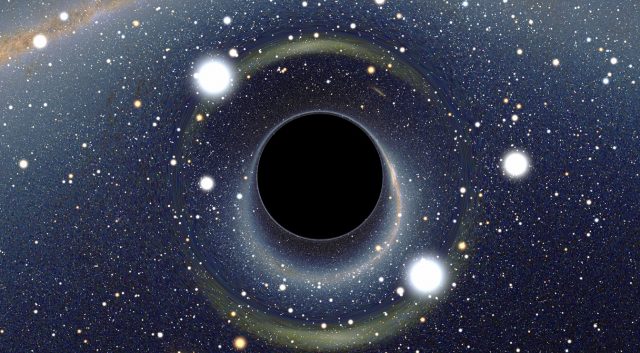 Scientists have found many truly massive black holes in the cosmos that lurk at the heart of galaxies like the Milky Way and M87, but smaller stellar-mass black holes can be anyplace. Astronomers have spotted one of these black holes in our galactic backyard, but it's a bit heftier than it ought to be.