The international medical community was aghast last year when a Chinese scientists announced the first ever genetically engineered babies. He Jiankui and his team used the CRISPR/Cas9 gene editing tool to make two twin girls immune to HIV infection but did so without authorization from medical authorities. Now, Chinese state media reports that He Jiankui has been sentenced to three years in prison following a secret trial.

He Jiankui dropped off the radar shortly after the announcement. Many speculated that he had been arrested by the Chinese government, and now we know what became of him. He Jiankui has been convicted of “illegal medical practice” and sentenced to three years in prison along with 3 million yuan ($429,000) fine. He’s also banned from working in reproductive medicine for life. Two co-authors of the paper have also been sentenced in the case. Zhang Renli will spend two years in prison, and Qin Jinzhou has been sentenced to 18 months.

The CRISPR/Cas9 system has been heralded as a groundbreaking tool for editing DNA. The system comes from bacterial cells, allowing scientists to make precise cuts in DNA. Cas9 is a restriction enzyme — a protein that can cut DNA. Scientists can guide Cas9 to the right part of a genome using CRISPR DNA sequences. Researchers have used CRISPR in the lab to neuter disease-carrying mosquitoes, halt HIV replication inside cells, and engineer bacteria that can eat plastic. Editing the human genome with the intention of producing living, breathing people is regarded as irresponsible by most of the medical community when there is still so much we don’t know about the possible side effects.

That didn’t stop He Jiankui, who published his paper last year along with 10 co-authors. The team introduced mutations into the CCR5 gene, which codes for a protein (also called CCR5) on the surface of white blood cells. This protein is important in immune system signaling, but it’s also the route by which HIV infects cells. There are millions of people with CCR5 mutations that make them immune to HIV, and He Jiankui introduced that mitation into embryos. The twin girls born in 2018 are allegedly healthy and have no other genetic abnormalities.

The announcement of the sentence is also the first time Chinese authorities have confirmed the existence of a third gene-edited baby. He Jiankui claimed shortly after the initial announcement that another woman was due to deliver another designer baby in the coming months. So, there are now three genetically engineered people growing up in China, and the consequences of that are still unclear. 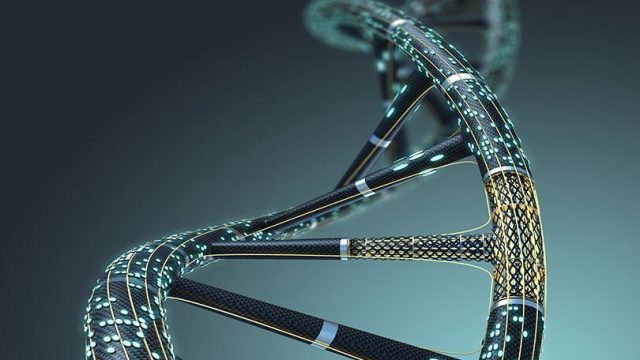 Teams around the world have experimented with CRISPR-based gene editing techniques in human embryos, but no one has allowed those embryos to become living, breathing people — until now.