When Microsoft bought Bethesda, one major concern was how the company would handle its massive back catalog of titles. The Elder Scrolls, Doom, Wolfenstein, and Fallout are all major Bethesda franchises, along with smaller series like Dishonored, Prey, and Rage. The company wants to reassure gamers that while it wants playing Bethesda games to be a first-class experience on Xbox, it explicitly doesn’t intend to deny that experience to customers of other platforms.

Microsoft’s Tim Stuart, CFO of Xbox, recently participated in the Jefferies Interactive Entertainment Virtual Conference, a transcript of which is available at Seeking Alpha. The interview begins with Microsoft laying out how it hopes Xbox All Access and Game Pass will bring new customers into the Xbox ecosystem. All Access gets you a console up-front with a two-year commitment, Game Pass is the service that gives you access to a library of popular Xbox titles from all across the console’s multi-generational history.

One less-than-great bit of news is that Stuart thinks it’ll be 5-6 months before availability really improves.

I think we’ll continue to see supply shortages as we head into the post-holiday quarter, so Microsoft’s Q3, calendar Q1. And then when we get to Q4, all of our supply chain continuing to go full speed heading into kind of the pre-summer months.

So, Q2. Not the greatest news, all things considered, but also just one executive’s musings rather than a formal declaration of company policy. This next bit is worth quoting in full because it ties back to something I’ve mused on in several stories — namely, how Microsoft might use Minecraft and Bethesda to try and drive customer engagement with its products outside the Windows ecosystem. When asked if Microsoft would restrict Bethesda games and silo them away from PlayStation or Nintendo gamers, here’s what Stuart had to say:

Acquiring Bethesda is an ecosystem play intended to build long-term stickiness to encourage gamers to subscribe to Game Pass and experience great Bethesda products, along with all of the other software from the other studios Microsoft has acquired. If you look at this from the perspective of building GamePass, Microsoft’s studio acquisitions and its emphasis on backward compatibility all make sense. The goal isn’t just to make the Xbox like a PC in terms of backward compatibility, it’s to ensure that first-class titles are coming to Game Pass in the future.

And that, in turn, makes sense if you think about this as a long-term plan to make certain that Microsoft always has access to a stable of content it can count on. No need to worry about EA or Ubisoft yanking titles off the service. No need to worry about a rival setting up its own distribution hub. If you own the studios building the games, you can shortcut those sorts of problems.

Provided that Microsoft keeps to its word and doesn’t lock games behind 12-24 month exclusivity windows, this sounds like it could work out fine for all concerned. The issues start popping up if “first and better” turns into an excuse for why it takes so long to bring games to rival platforms or an excuse for poor performance that can’t be explained by hardware differences. 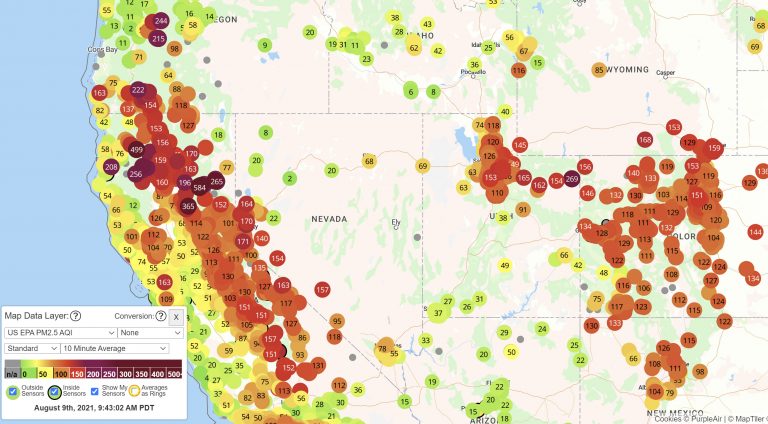 An increasing number of people are being affected by wildfires every year. Either directly, by being forced to evacuate or even losing homes or lives, or indirectly by drift smoke. In addition to smart fire prep steps, we look at some of the top tech tools you can use to help survive another fire season safely.