Almost 25 years ago, a little game called GoldenEye 007 came out on the Nintendo 64. The game had a stupendous single-player mode based on the 1995 Bond movie of the same name, but it introduced a lot of gamers to multiplayer shooters for the first time. The Centre for Computing History in Cambridge, UK is celebrating the game’s 25th anniversary by making the iconic multiplayer mode even better. Instead of sharing one screen, players each get their own. All it took was $10,000 of professional video equipment.

It’s hard to overstate how much GoldenEye changed gaming. Today, you can fire up a game on your computer, console, or even a phone and instantly connect to other players. None of you can see the other’s screen, which makes for a more competitive and realistic experience. That was not the case with GoldenEye, which only supported a split layout where everyone used the same screen. There were PC games in those days with rudimentary multiplayer systems, but you needed multiple computers and network communication, which was expensive and difficult to configure in the 90s. GoldenEye only required an N64 console and a single cartridge.

The Centre for Computing History set out to give GoldenEye a more modern multiplayer mode, but the analog video output was a barrier. The N64 rendered the game at a mere 320×237 pixels, and it split that into four quadrants. The exhibit at the museum uses original hardware for the pure GoldenEye experience. The custom setup captures the video output, splits each quadrant into a separate signal, and then scales it to fill a display. It’s not going to look amazing, but neither did a quarter of a standard definition tube TV.

4 screen GoldenEye on the original N64 hardware! No screencheating here! …but how? Come and experience this at our GoldenEye evening, celebrating 25 years of GoldenEye for Nintendo 64: https://t.co/F918hEQ20v pic.twitter.com/05jA82upb8

Being able to play GoldenEye 007 multiplayer without screenwatching could really elevate the experience. The maps were amazing, and I think they hold up even today. However, they were so distinctive you could tell where your opponent was with a glance. Absent that advantage, strategies like stealth and sniping become much more viable.

The custom GoldenEye rig will be on display (with the screens facing away from each other) at the museum’s special exhibit on May 7th, which will also feature a talk by three of the game’s original developers. There will also be concept art, development documents, and (possibly) a copy of the abandoned Xbox 360 remake running on a dev kit. Sadly, tickets for the event are already gone. 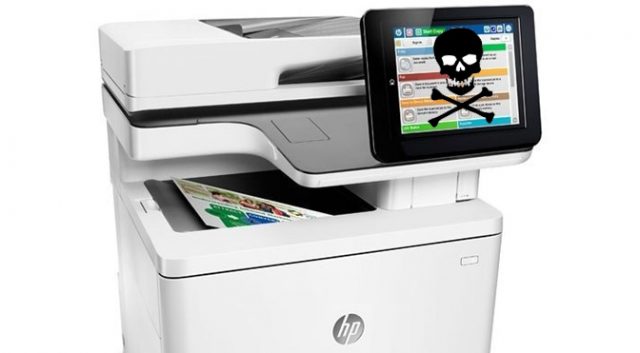 HP is opening a new bug bounty program that is the first of its kind — HP wants hackers to break into its printers.