There’s no shortage of lawsuits filed against the FCC regarding net neutrality — almost two dozen states have filed a lawsuit alleging the decision to end the consumer protections implemented by the FCC in 2015 was made improperly, and represents an arbitrary abandonment of previous FCC principles. Mozilla, the organization behind the development of Firefox (including the excellent Firefox Quantum), filed its own lawsuit back in January, in an attempt to prevent the rule reversal from going into effect.

The FCC countered the initial filing by arguing that Mozilla’s lawsuit was premature. The FCC’s order rescinding net neutrality was published in December, but there’s a 60-day gap between when an order is made and when it’s formally published. The FCC’s rule ending net neutrality will go into effect shortly, and the organization argued that Mozilla must refile its lawsuit only after the FCC’s order has formally been published. Mozilla has announced that it will do this, in an effort to protect the concept of net neutrality and the idea that internet content should be accessible to everyone, without paying ISPs for prioritization or acceptable service.

We will always fight to protect the open internet and will continue to challenge the FCC’s decision to destroy net neutrality in the courts, in Congress, and with our allies and internet users.

The FCC’s decision to destroy net neutrality rules is the result of broken processes, broken politics, and broken policies. It will end the internet as we know it, harm internet users and small businesses, erode free speech, competition, innovation and user choice in the process. In fact, it really only benefits large Internet Service Providers.

I’ve made no secret that I view net neutrality as a critical concept worth protection, but I don’t actually agree with Mozilla here. Ending net neutrality will not end the internet “as we know it.” What it will do is usher in a return to the days when ISPs had no problem choking services like Netflix until they got paid the rates they wanted. It opens the door to things like paid prioritization, where companies can charge you more money for accessing content at acceptable speeds.

The writing is on the wall here. Comcast used to pledge to uphold net neutrality principles. The day after the FCC announced it would move to kill Tom Wheeler’s Open Internet order, Comcast took those pledges down. Comcast used to promise that it would not engage in paid prioritization. Comcast has removed that promise from its website, too.

We already know what a lack of net neutrality looks like. It looks like Mexico, pictured above, where you don’t just pay an ISP for internet — you pay for access to specific websites on top of that. Given that a huge number of Americans are limited to a single ISP and the overwhelming majority have two or less, there’s not going to be any market answer. Dozens of states, following the lead of cable company lobbyists, have written laws forbidding local governments from building broadband networks, either by declaring it illegal or simply by erecting so many barriers as to make it impossible. Laws that require multi-year need surveys, demand supermajority approval from townspeople, and forbid the raising of any additional revenue to pay for the service may not technically make it illegal to build municipal broadband — they just make it effectively impossible.

Kill the internet as we know it? No. It’ll just make accessing the internet more difficult and costly. It’ll harm those who can’t afford to pay, and after 40 years of stagnant middle class wages and hyperinflationary increases in medical costs and college tuition, that’s more people than anyone likes to contemplate. It’s another example of how policy in the United States is made by corporations for the benefit of corporations, not by individuals.

A 2014 paper published by Princeton found that the opinions of American citizens have virtually no impact on political policy, while the opinions of economic elites — including huge multinational corporations — has an enormous impact on the likelihood of policy changes being adopted. In fact, in 1,779 policy cases, even strong public support (80 percent or higher) for a given policy change only resulted in an actual policy shift 43 percent of the time. The figure would be even lower if not for the fact that economic elites sometimes favor the same changes that ordinary citizens do, and therefore throw their weight behind changes. You can see this dismissal of what ordinary Americans want reflected in the net neutrality issue itself. 83 percent of Americans favor keeping net neutrality protections, yet those protections are being rescinded.

No, ending net neutrality won’t end the internet. It’ll just strike another blow against the idea that corporations wielding state-sanctioned monopolies maybe shouldn’t be squeezing their customers like personal piggy banks, given the record profits these companies already earn. Net neutrality isn’t and wasn’t perfect, but it was a hell of a lot better than what we had before. I’m not in any hurry to go back to the days when we had to tell readers to buy VPN services just to get decent Netflix performance. Too bad Ajit Pai doesn’t feel the same way. 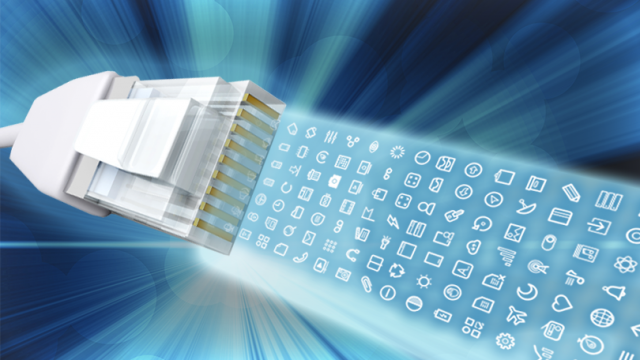