Over the last few weeks, we’ve started to see some chatter about a possible next-generation PlayStation 5, including a few examinations of what the hardware might look like. Today, Sony poured cold water on claims that never made much sense in the first place.

The next generation PS5 is at least three years away, according to the head of Sony’s PlayStation business, as Takashi Mochizuki of the Wall Street Journal reports. That’s despite earlier rumors that suggested a launch date this year or in 2019 (2020 is the earliest date that made much sense to us). Sony, in fact, has very little reason to hurry and ample cause to keep the PlayStation 4 in-market for a while longer.

Let’s start with the silicon. The rate of improvement from one generation of hardware to the next has slowed in the PC market due to the limits of silicon engineering and the difficulty of reaching higher clock speeds. This might not seem to apply to the Xbox One X or PS4, since they both use a lightweight mobile core intended for netbook-class systems rather than a robust, “big-core” architecture. But no matter what company Sony uses for the PS5, waiting for future silicon designs makes more sense. Lower process nodes may not deliver the improvements they once did, but they still tend to lead to lower power consumption and reduced die sizes — both critical components in a modern console. A Sony PS5 intended to ship in 2019 would almost certainly use either 14nm or 10nm process nodes. By delaying to 2021 or later, Sony should have access to 7nm technology.

Because multi-patterning designs are more expensive due to the increased number of masks, Sony might also be hoping to wait until EUV is ready for insertion due to its more favorable cost structure. After taking an absolute hammering on the PS3, where it lost money on every early sale, Sony learned from its mistakes and launched the PS4 at a profit back in 2013.

When the PlayStation 4 launched in 2013, gamers often complained that despite the seven-year gap between the PS3 and PS4, the new console didn’t feel as powerful or like as much of a jump over its predecessor as they expected. A significant part of the reason were the price targets in question. The PS4, at launch, was significantly cheaper than the PS3, both in terms of its MSRP ($400 for the PS4 versus $500 for the cheapest PS3 in 2006) and in real dollars ($500 in 2006 was worth $586 in 2013). Toss in the slowing rate of improvement for CPUs and GPUs, and you have a recipe for an unhappy public. The PS4’s overall sales figures show that gamers might have griped, but they also bought the platform.

A 2019 PS5, however, would scarcely be a significant advance over the current PS4 Pro. It might serve as a nice upgrade for gamers who aren’t interested in Sony’s current high-end platform, but it wouldn’t have convinced many people who shucked out for a PS4 Pro that the console was worth the investment.

Finally, there’s the fact that we’re currently in the middle of a number of technology transitions and experiments that make it smarter to wait than rush ahead. Is VR going to be a major factor in next-generation gaming? Will technologies like HBM hit price points that make them useful in consoles, or will GDDR6 be the memory of choice? Will EUV be available to reduce lithography costs? Waiting until 2021 for a new generation of consoles gives Sony time to see where the industry goes on some of these questions, and to better position the device overall. It also gives the company time to figure out how the PS5 fits into Sony’s changing focus. 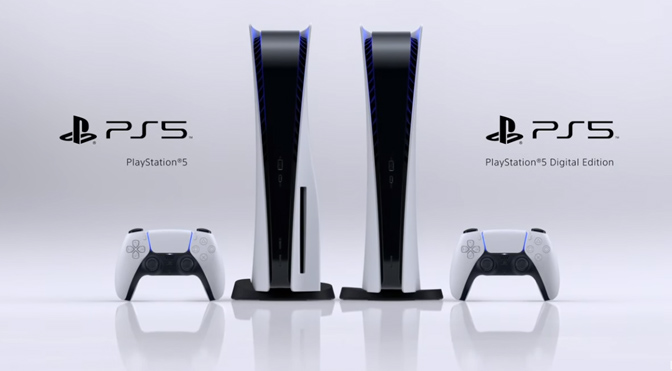 Despite Reports, Sony Probably Isn’t Losing Money on Every PlayStation 5

Sony reported a strong overall quarter this year, with 4.5M PlayStation 5 consoles shipped. Despite some reports, the company is unlikely to be losing money on every PS5 it sells.