Bye-bye, bright lights and big city: Cadillac is going back to its roots in Michigan. The experiment in the Big Apple was terminated after four years. Cadillac, the part of GM charged with imagining great cars, sent away from the corporate culture in Detroit to slay Audi, BMW, and the like, has been brought back home.

Cadillac moved its headquarters in 2014-15 to lower Manhattan, the part of the city with cobblestone streets, old manufacturing buildings turned into million-dollar lofts, and impossibly hip residents (top photo). It was all part of a plan to once again rebuild the Cadillac image as the Cadillac of Motorcars. That’s something Cadillac hasn’t been since the 1970s, when up-and-coming baby boomers turned away from the heavy, softly-sprung barges with vinyl roofs that denoted “arrival” to their parents.

Why NYC? It Was a Good Fit for the New Boss

In 2014, Cadillac signed up South African-born Johan de Nysschen, formerly head of Infiniti Global and before that president of Audi of America, to oversee the Cadillac brand. He wanted the brand separated from GM HQ (read: GM mindset). He moved to the US city that is home to so many affluent globe-trotters who appreciate luxury. Cadillac House, at 330 Hudson, was actually a modest building in size compared with GM’s massive facilities in Michigan, such as the Ford-built (but that’s a different story) Renaissance Center GM headquarters in downtown Detroit. One of the Cadillac House main floor windows opens to the outside (red Cadillac in photo), an espresso bar is inside, and there’s space for a visiting artist, clothier, or furniture maker. It’s a beautiful, award-winning space done by Gensler & Associates. It will remain as a Cadillac display, but without the execs.

Only about 150 Cadillac people moved to New York. They did a lot of flying to and from Detroit, as well as teleconferencing. Detroit business and civic leaders, along with Motown media, criticized the move. But what would you expect them to say: “New York and California are America’s stylemakers, not us”?

De Nysschen departed in April, replaced by a GM lifer, Steve Carlisle. To many, the leadership change means the focus shifts from product branding to building great cars. The move back also has to do with who’s sitting above Cadillac management now. As the Wall Street Journal reported in breaking the story:

New Image, Same Old Sales Softness in the US

The deck was stacked against Cadillac no matter where it was headquartered. Cadillac had the reputation as the discount-happy luxury brand. Aging buyers looking for their favorite barges (perhaps now with front-drive) had to share Cadillac showrooms with hipster millennials interested in the sharper-edged new models. Dealers griped about Cadillac-mandated showroom updates (dealers always gripe about showroom updates).

Circa 2015, Cadillac global sales took off, while US sales remained flat or down. The Cadillac CUE (Cadillac User Interface) for infotainment was not well received: all touch screen and slider. Cadillac also had a thinner model lineup than Audi-BMW-Mercedes. 2017 was the second-best year for Cadillac globally, but that’s because international sales skyrocketed and the Cadillac XT5 crossover caught fire. When Cadillac was essentially a US-only brand, it flirted with 400,000 sales in 1979 and 1985. Since 2000, sales have been around 150,000 for many years. Cadillac’s 2017 sales of 156,440 were down 8 percent. Mercedes-Benz, BMW, and Lexus each sold more than 300,000 units while Audi was slightly below Cadillac.

What Cadillac Can Build On

Cadillac had successes. Its V-Series performance models are highly regarded, particularly the mid-size CTS-V, a rocket on wheels decked out with carbon fiber. Cadillac SuperCruise is a superior Level 3 autonomous driving system. I drove one 500 miles, New York-DC-Cleveland, and only had to retake control a handful of times (it’s not meant to be fully autonomous). It’s proof that no matter what Cadillac marketing people do, whether smart or dumb, the engineers continue to do magical things at Cadillac when given free rein.

Cadillac has a slew of new models coming out, starting with the compact XT4 crossover this fall. It gives Cadillac a model with an entry point in the mid-thirties. The cadence of launches was one reason General Motors gave for bringing Cadillac back to Michigan, specifically to Warren, near GM research and test facilities and a suburb of Detroit. For instance, Cadillac currently has no Tesla-caliber electric vehicle.

Cadillac has also made good use of Cadillac and GM inventions such as the haptic seat that warns drivers of lane departure lapses by vibrating the left or right side of the seat, depending on where the hazard is, or both sides for a front or rear threat. It’s far better than audible warnings, better for most drivers than a vibrating steering wheel. 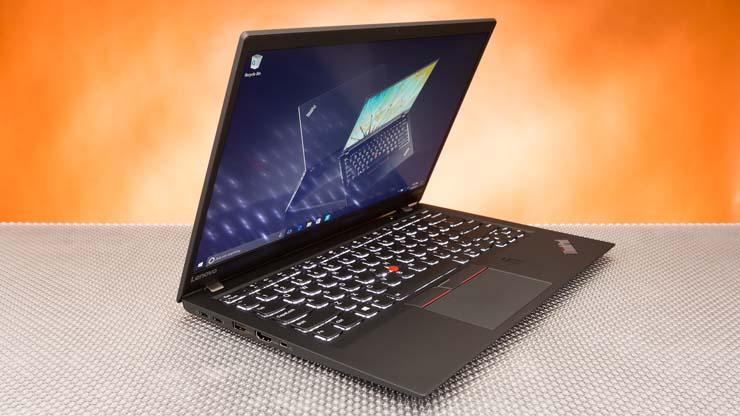 Lenovo says the ThinkPad X1 Carbon laptops included in the recall contain batteries that could overheat and damage the machine. It might even catch fire.